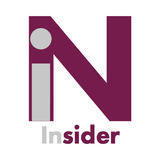 Insider is the student magazine of South-Eastern Finland University of Applied Sciences and has been published weekly by students as part of their degree programmes since February 1999. The International Standard Serial Number (ISSN) was awarded by Helsinki University Library in 1999. For the on-line Issues, the ISSN for Internet newspapers was awarded in September 2000.