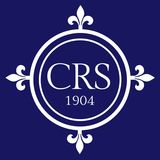 The Catholic Record Society was founded in 1904, and through its work and publications makes available to scholars and a more general readership a wide range of sources relating to individuals and ecclesiastical institutions in the British Isles in the period after the Reformation. Its flagship journal, British Catholic History, is published by Cambridge University Press.