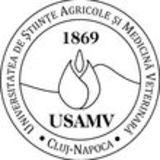 Our University began its activity in the context of the eventful history of the 19th century and is ready to cope with the numerous challenges of the 3rd millennium. In 1869 was founded the first nucleus of Transylvanian academic agronomic education – the Institute of Agronomic Education Cluj-Mănăştur, one of the oldest institutions of the kind in Europe. This University has become in the course of time a “successful institution” having been assessed and esteemed as such in 2004 by the EUA; USAMV Cluj abides by its 145 year tradition while modernizing its academic and management systems. The four faculties host 7000 students, who study various domains which are adjusted to the new requirements of European agriculture.