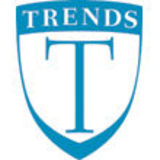 Trends Magazine is the oldest continuously published society publication in the state of Arizona. Established in 1982 as a monthly newspaper, the publication was turned into a glossy full-color magazine by its second owner Bill Dougherty in 2004. Mr. Dougherty, who started his career with Trends as a society reporter in 1994, purchased it in 2001. Immediately after becoming publisher, Mr. Dougherty introduced color to the then back and white newspaper and quickly removed the notorious gossip that had been a mainstay under its previous ownership. Today the magazine is published 6 times a year. It’s primary focus includes charity driven gala coverage, art, dinning, high-end automobile reviews and home décor. It has a readership of over 22,000 subscribers. Society Art Fashion Paradise Valley Scottsdale Affluence Trends Food Home Dinning Best Dressed Trendsetters