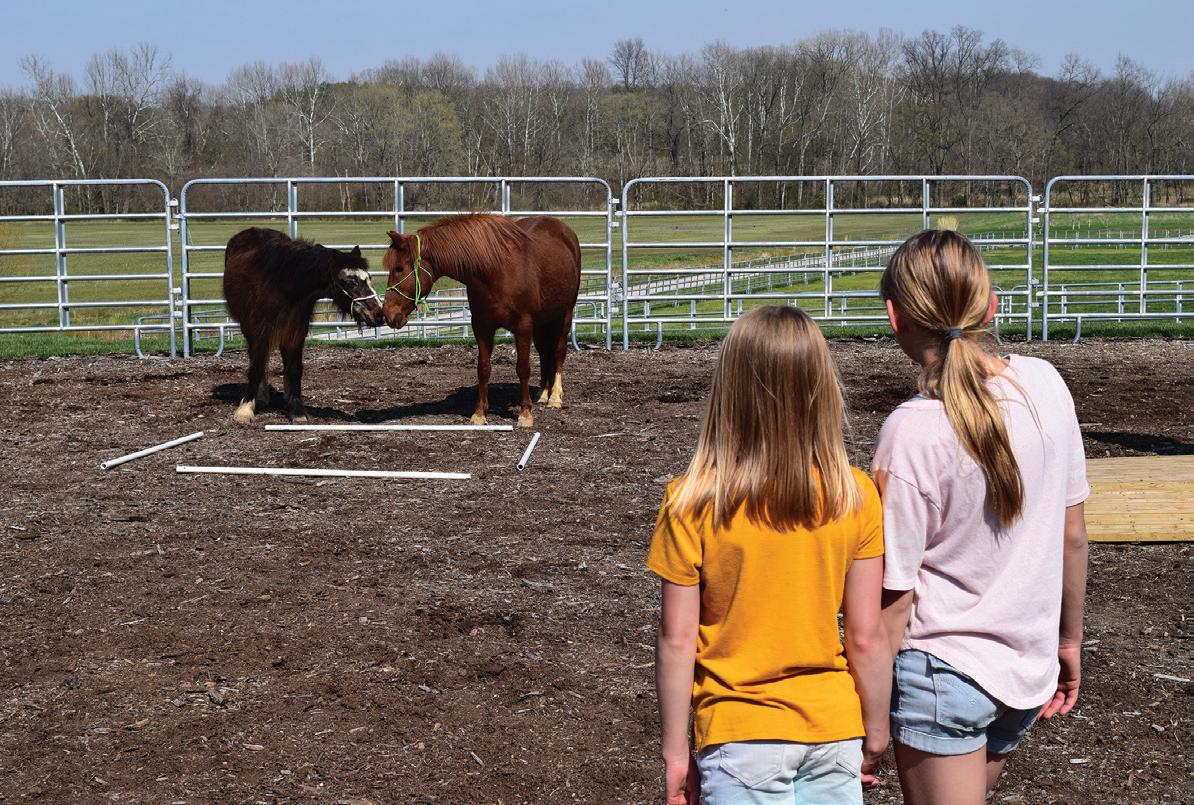 The purpose of the State Game Reservation in Brown County is to preserve the game therein. No hunting will be allowed. It will also serve as a refuge for game hunted in other parts of the county. The overflow will scatter over the boundaries and be helpful in stocking lands adjacent.”

This excerpt from a report was filed with the Indiana Department of Conservation (now the Department of Natural Resources) in a central office in Indianapolis, September 30, 1925. It designates the land as a state game reservation before Brown County State Park was established in 1929.

Another term for game reservation was game farms.

Statewide attempts to replenish wildlife took place on properties that over time had been abandoned due to massive timber removal and poor agricultural practices. Management on the reserve began in 1926 with the plantings of wildlife food plants.

The report further states: “In order that land values be not inflated, the Department employed an agent to secure options on the various tracts selected. Although employed by the Division of Fish and Game, the agent secured many options in his own name. When all that could be secured were in his hands he recorded them and later on transferred the options to the Department. Mr. Lee Bright, a resident of Nashville was appointed land agent.”

The Bright, Williamson Insurance Company in Nashville, operating since 1921 on North Jefferson Street, was Lee’s business. His clients were Brown County farmers, many destitute and living on scarred and eroded land, unwilling and unable to purchase policies. But when he approached them, this time with an offer to buy their land, they were more receptive, some anxious.

In Bright’s notes, there are 18 residents with whom he negotiated. Names, property size, price per acre, and comments were recorded in his journal: Joseph Roberts 155A $12.90/A -Bought a better farm out on good road, is prospering. Allex Mullis 120A $18.35/A -Bought much better farm on Schooner and is happy. John Kritzer 73A $11.10/A -Bought small farm, 40A; died short time later. Harry Smith 80A $40/A -Put up nastiest objection of all; took his money and went to Ohio… made the remark that he would not take back the old place if it were given to him.

The land that now makes up Brown County State Park, Indiana’s largest, had first experienced extensive timber removal, then short-sighted attempts at farming, and later a game farm. Initially “a total of 10,662 acres of land that was purchased with funds provided by the hunters and fishermen who buy licenses,” this statement from the 9th. annual report of the Department of Conservation, 1927. Lee Bright’s first intention was for a park to benefit locals and tourists, but he knew that would come. First, land had to be secured and the Brown County game farm was a start.

Game farms were established by the early Division of Fish and Game, now the Division of Fish and Wildlife, by securing poor, abandoned farmland to serve as release sites for animals reared in captivity. At Brown County, game birds like ringneck pheasant, wild turkey, bobwhite quail, ruffed grouse, and Hungarian partridge, were raised in several pens along “a prominent open area in the park.” From early photos, I suspect this site was the large playing field by the park’s fire tower. Later, the first deer release program took place at the Brown County reserve with animals transported from Wisconsin, Pennsylvania, and Michigan. A pending release program for elk was never completed.

Early attempts to replenish native Indiana wildlife were eventually met with failure. High mortality resulted from pen-reared birds and animals when they were released. The wildlife was expected to simply adjust to the new environs.

This was true on the Brown County Game Farm, but as managers reported disappointing findings, one specialist in the field of game management appeared, biologist and author, Aldo Leopold. An eight midwestern state survey assigned to Leopold required him to collect various munitions data for his employer, the Sporting Arms, Ammunition and Manufacturing Institute (SAMMI) in Madison, Wisconsin. This trip also allowed him to gather information for his eventual text, Game Management.

Leopold visited Midwest universities and local libraries and consulted hunters. His journal and map show him traveling thru Indiana, and Brown County, May 13 to June 14, 1929. While he questioned the artificial rearing and release of native species with mounting skepticism, his first purpose was to determine what game was popular with hunters.

After a few months on the job, Leopold began to find more evidence of an important trend of the times: the intensification of agriculture was eliminating food and cover plants required by game species. Fence rows, borders, woodlots, and wetlands were disappearing from the Midwestern landscape and game species were disappearing with them. This was not a new realization, but Leopold had begun to give it factual substance and definition.

Today’s views from park vistas, some stretching 10 miles over 16, 000 acres, provide a most serene perspective, far removed from early history of land abuse, struggle, and poverty. Natural and historic places don’t just spring up, they evolve, fueled by the ideas of locals who want something better, and helped by managers, new in their skills, who learn through trial and error a better way to care for the land.