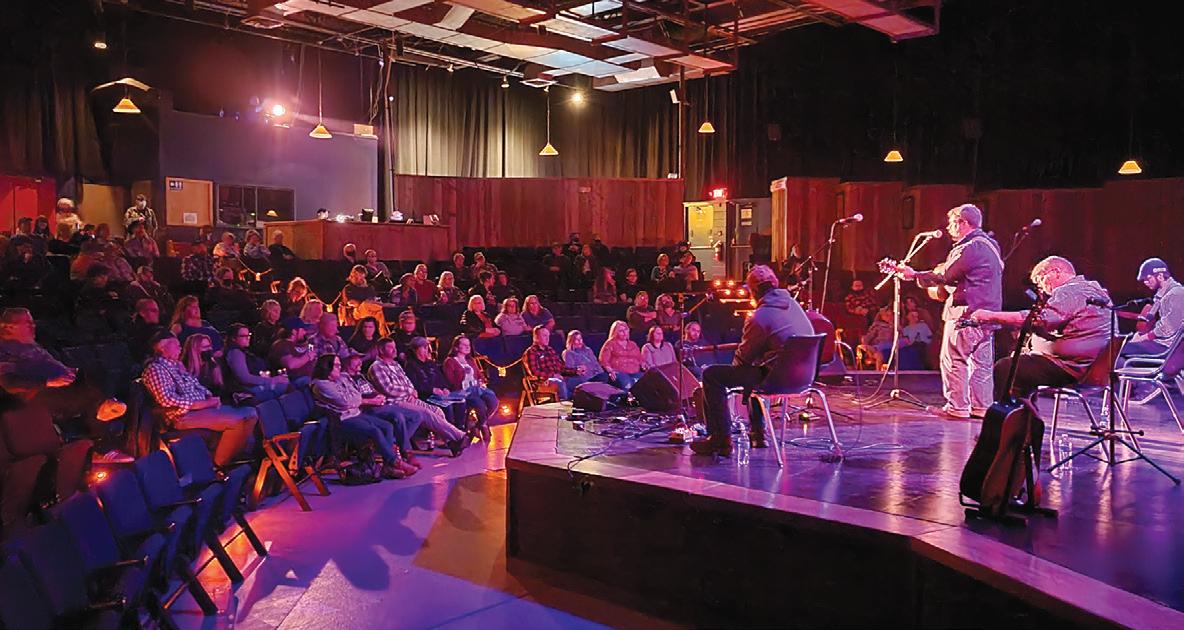 Cemeteries are “God’s acres” within busy communities and abandoned countrysides. They provide solitude to those who visit them and read the stone markers, recording details of the souls who sleep in their borders. In the Brown County Memorial Park is a single stone to mark the sideby-side graves of artists Marie Goth and V.J. Cariani, a small American flag at the head of Cariani’s inscription.

Varaldo Giuseppe Cariani was born February 4, 1891 in Renazzo, Italy, a village near Bologna, to Demizio and Carlotta Alberti Cariani. The family immigrated to the United States when he was three years old and he grew up in Springfield, Massachusetts. His artistic talent was evident as a child, and he won a fellowship from the Louis Comfort Tiffany Foundation in Oyster Bay on Long Island. He studied art as he lived in the Tiffany mansion and cared for the gardens. His studies continued in the National Academy of Design, followed by the Art Students League, where he had notable instructors. Popular among his fellow students for his talent, swarthy handsomeness, and easy smile, he met his life partner, Marie Goth. Affectionately called “Cari” by his friends, Cariani and Goth were inseparable, sketching in Central Park or the Hudson River docks in all weather.

When his adopted country entered the “The Great War,” Cari enlisted and Marie returned to Indianapolis. Serving with the 103rd Trench Mortar Battery of the American Expeditionary Force’s 28th Division, he saw some of the war’s bloodiest action, at times surviving the trenches for days by eating rats. When he returned to Massachusetts after eighteen months of service, the mental hounds of war left him shellshocked.

Marie and her sister, Genevieve, urged Cari to come to Brown County, where they had a cabin north of Nashville. Genevieve bought one of his sketches to pay for his travel expenses. Cariani later said this saved his life.

He began to paint again in the Peaceful Valley’s surroundings. He built a studio on the Goth property near Marie’s portrait studio. His mind and soul healed as he created his landscapes and still life paintings, raised vegetables and flowers, and fashioned the frames for his and Marie’s paintings. It was known that his abode lacked a kitchen and that he cooked for Marie and himself in her house.

“V.J. Cariani was a very friendly, kind and gentle person who enjoyed life and always had a twinkle in his eye. He never seemed to be rushed and was always a joy to visit and be with.

Next to his cabin/studio he maintained an extensive garden. This is where he grew the flowers which became the subjects for his floral paintings for which he was well known. However, his talent for his landscapes showing the beauty of Brown County in all seasons were also very much sought after.”

In 1954, Cari and Marie joined Carl and Genevieve Goth Graf along with George LaChance, C. Curry Bohm, Dale Bessire, and ten other artists and founded the Brown County Art Guild. It has been in the same location in Nashville’s main thoroughfare for nearly 67 years. The nucleus of the permanent collection, which numbers around 1100 pieces, are works of Marie Goth, V.J. Cariana, Carl Graf, and Genevieve Goth Graf.

V.J. Cariani died on December 30, 1969. Marie Goth left his studio unchanged. When she died on January 9, 1975, left behind were twelve portraits of her beloved Cari, including one painted when they were students together and the last one painted two days before his death. This author wishes all veterans of all wars their own Peaceful Valley.

Andra F. Walters, Executive Director of the Brown County Art Guild, notes: The original founders worked tirelessly to promote artistic excellence and membership acceptance into the Guild. However, we now also “protect” and promote artistic excellence because we oversee the vast permanent collection of paintings. The Brown County Art Guild is now open to the public and follows covid-19 protocols.

Note: Cariani adopted the anglicized “Joseph” for Giuseppi, thus his initials are V.J.