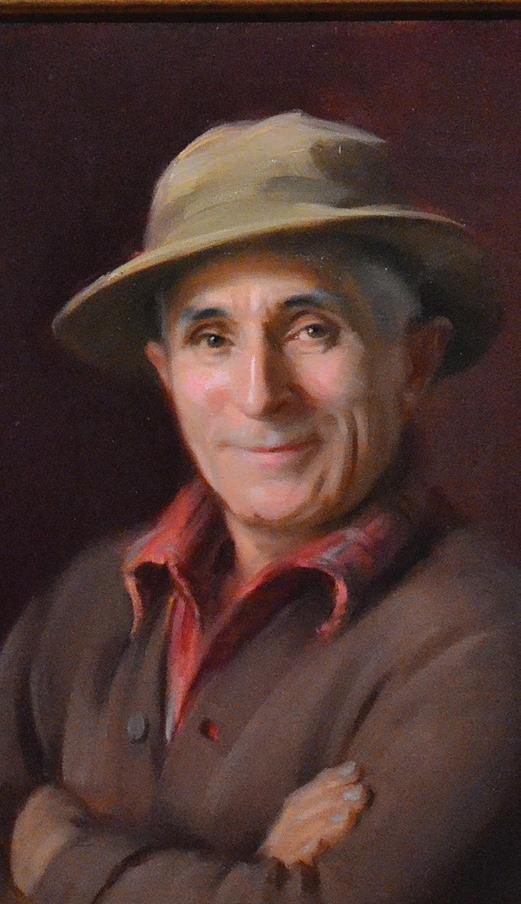 On a 9-acre farm about a mile outside Bean Blossom, two young sisters recently stood near the center of a horse enclosure and talked in hushed voices to figure out how to get two ponies to mind.

The ponies stood a few feet away, somewhat disinterested, and they initially refused to walk where Awna, 11, and Bristol, 10, wanted them to go. However, the girls’ mother, Erica Bryenton, was elated that their daughters were working together.

“They’re holding hands. That’s, like, major,” the mother whispered, as she sat nearby to watch.

The girls tried different strategies, and eventually their patience and perseverance paid off. The horses walked to the exact spot the girls wanted.

Awna and Bristol are visiting Hope for Hearts Farm about once a week, and their mother said the trust from the horses and patience the work requires have helped the girls with interpersonal relationships and instilled in them a confidence that has helped them at school.

When they finished their task on a recent sunny Monday afternoon, the girls critiqued each other’s performance, as instructor and farm owner Lisa Bowman watched and listened.

Bowman told them that they should continue to work together as one and to put themselves in the other’s shoes.

Awna began taking lessons at the farm a couple of years ago. She had had some rough years at school, had fallen behind in her schoolwork, and had struggled emotionally. She got help from a tutor and a counselor, and Bryenton spent hours in the evenings to help her with schoolwork.

When a counselor suggested the family try equine assisted learning, Bryenton agreed, in part because she knew the girls had enjoyed riding horses.

The sessions, which do not involve riding, have paid off, the mother said, as Awna’s behavior and schoolwork have improved markedly.

The success with Awna prompted the mother to also send Bristol to the farm to help the sisters overcome some of their sibling rivalry.

“I feel like it helps me with my attitude and my emotions,” she said.

Awna also said that the sessions are fun and relaxing and give her a break from the human world.

“I really like spending time with the horses and sharing my feelings,” she said.

Bowman started the farm in 2013 with her husband, Roland, an engineer who owns a business in Martinsville. Their daughter, Abigail, 16, a Brown County High School student, helps out as barn manager. The farm has chickens, two cats, two dogs, and six horses, including a miniature and two ponies.

Bowman, who received training through the Nevada-based Equine Experiential Education Association, said horses have as many personalities as people, and she assigns horses depending on clients’ personalities and needs.

For example, 44-year-old pony Rosie, who is almost completely blind, requires clients to be very calm with her and usually is assigned to people who are dealing with stress and anxiety. On the other hand, lead horse Jake helps people step out of their comfort zones. If someone is nervous, for example, Jake, 23, may step even closer to make people even more nervous, Bowman said.

About half of the clients are kids, but Bowman also offers services for adults and groups, including businesses that want to foster more cooperation among employees.

A former nursing director, Bowman oversaw close to 400 people, which required a lot of team building. She said she enjoyed that aspect of her former job very much and appreciates that she can now use those experiences in her work with corporate clients.

Meanwhile, a lot of the younger clients are dealing with anger issues and are struggling to control their emotions, Bowman said. Hope for Hearts provides experiential training to help reinforce the theoretical lessons the children learn from their therapists.

Another Hope for Hearts client, Kendall, 16, recently stood in the animal enclosure and placed her right arm over Rizzo, one of the three big horses, whose back reached as high as the teen’s shoulders. The horse and the human stood still for a long while, and the silence that fell over the farm was interrupted only by the occasional chittering of insects. The exercise allowed Kendall to relax and Rizzo to calm down and release some nervous energy by huffing or shaking his head.

Kendall’s grandmother, Sharon Baker, said the teen moved in with her six years ago as she was acting out because of past family trauma.

Baker said her granddaughter’s confidence has soared since she began the therapy three years ago, in part because Kendall now really understands that the way she feels about herself will reflect on others, whether horses or humans.

“I think it just really gave me a lot of happiness back, and that’s something I think I needed”

Kendall, a sophomore, said the activities with the horses help her relax from her busy schedule, and she enjoys interacting and cooperating with the animals.

“I think it just really gave me a lot of happiness back, and that’s something I think I needed,” she said.

Hope for Hearts Farm is a nonprofit that generates revenue through fundraising and grants but mostly is sustained through donations, which also provide partial scholarships for the clients. Bryenton, for example, said she pays $20 per child per week.

Bowman said she founded the farm in part because she received help from horses at Trinity Farm in Monrovia.

“I went through a time that shattered my selfesteem, and doing the work with the horses there at Trinity helped me gain my confidence back,” she said.

“I feel like everything I have done and experienced in my life has brought me to this point .… Doing this work is really my life’s purpose,” she said.