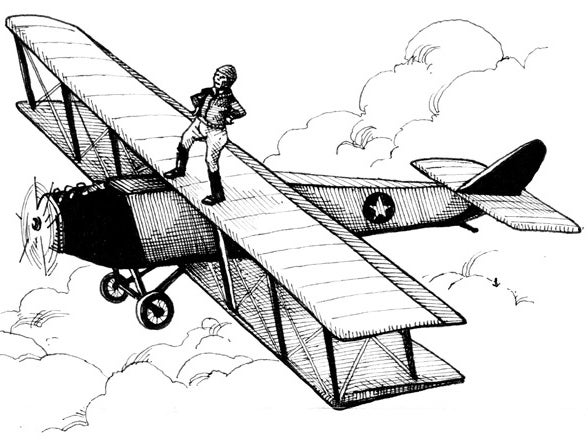 Bob Blass set out to create a different sort of tourist home when he built Plāhaus north of Nashville.

After surveying the market, he decided many facilities offered in the county were log cabins, so he used his background as a graphic designer and branding expert to attract those who wanted a more modern aesthetic with a clean, contemporary style.

He found about 12 acres featuring a stream, hills, trees, and a spot to build his barn house with living quarters on the upper level. In 2016, he moved in. But the land had another building site Blass was drawn to, and it eventually became the tourist home which opened in August 2020.

“This feels right to me,” he said, from the living room of the 820-square-foot, two bedroom Plāhaus (pronounced playhouse) located on Helmsburg Road.

“I remember standing here and looking around and thinking I would like to share it and see the joy in other people.”

So he hired an architect and general contractor, found a woodworker and went to work with some “big picture” ideas of his own. What evolved was a bold geometric design on the outside, and an uncluttered interior with hardwood and slate tile floors, a concrete block wall anchoring the middle of the house, with plywood wall coverings on some of the outer walls and modern lighting. Splashes of color include his favorite shade of orange.

He said friends told him to be careful not to furnish the home with expensive items, but check out garage sales and thrift shops for furnishings. Instead, he looked for high-quality new furniture and kitchen items that matched his vision, saying he likes to surround himself with nice things, and he wanted to provide them for his guests.

One side of the concrete wall has a metal sign for Diamond Tool and Die Co. That’s the sign from over the front door of a business his grandfather opened in 1947 after emigrating from Germany. After the tool and die company closed, Blass got the sign and “dragged it around with me for 15 years” before it found a second home.

He likes the sign for the aesthetic and nostalgia it holds, but it also reminds him of his grandfather’s work ethic and visionary style, as well as his craftsmanship and entrepreneurial spirit. And those are traits he works to incorporate in all his projects, whether they be the tourist home or his ongoing work in graphic design and branding.

Plāhaus has been a popular retreat. Airbnb has named him a Superhost. With two bedrooms and one bath, the retreat will accommodate four guests, with an internet connection, Netflix, and YouTube TV. Blass’s self-designed guest book contains recommendations on things to do in Brown County and local restaurants.

Brown County resident Trisha Fobes has been working with Blass since the tourist home opened, cleaning and getting the home ready for guests.

Blass calls her “my right arm, who is essential to this operation. She is the absolute best.”

Originally from Dayton, Ohio, Blass studied at the Columbus College of Art and Design, and previously worked for Thomson Consumer Electronics in Indianapolis, doing graphic design and brand development before starting Brainstorm, a branding and design company, in 1995, which he ran for 16 years.

He now owns oornj (pronounced orange), a branding design and marketing company which his son Ryan was a part of for eight years. Ryan now runs his own business. Another son, Jake, was the 2018 Enlisted Person of the Year for the U.S. Coast Guard, and his daughter Emma is a massage therapist. All three live in Florida.

Blass’s journey to Brown County really began, he said, when his mother got terminal cancer in 2013. Blass made a pact with his sister that their mother would not have to go into a treatment facility. For 11 months, Blass took care of his mother Monday through Friday, commuting from Indianapolis to Dayton, while his sister, a registered nurse, took the weekends.

“It was one of the toughest times of my life,” he said, taking care of his mother while continuing his day job. Before she died, Blass and his mother took a “bucket list” trip to Mackinaw City, Michigan, in a rented RV. Both Blass and his son ended up buying Airstream trailers (made in Ohio, he points out), but have since sold them.

After her death in September 2014, and with his children living in Florida, Blass needed to make a decision on the direction of his own life. About a month later, he bought the Brown County property, and it turns out it was just what he needed.

Ryan had lived in Brown County for about 18 months, and Blass got a taste of what it would be like to live here as a local, savoring the arts community and outdoors experience.

“There was no looking back,” he said. “I loved it here.

“The whole endeavor has been conducive to who I am.”