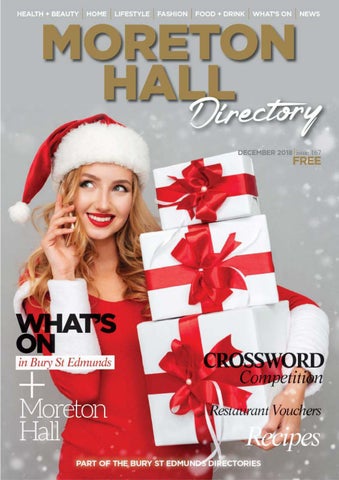 Learning about Learning This month, I had a really long and productive meeting with the Head of Sybil Andrews School, Trenica King. This followed on from lots of communications I had had from the Moreton Hall community and parents, both positive and negative. It goes without saying that I can’t go into detail about individual or private messages, but most just wanted to know what was happening with the school organisation. The school is expanding still and now has around 600 pupils after opening with closer to 150. In the last two years, they have, as a new school, had excess space and time for the children and are now operating on “normal” numbers and budgets and this has given the school a different feel and a greater buzz from when it opened. The number of teaching staff has also increased and have needed to gel together quickly. As the school is an academy, we at the council are completely removed from the system, so I think it spoke volumes that Miss King afforded me some of her valuable time in order to be so transparent on the work they are doing. After our meeting, they have appointed new reception and administration staff, which will greatly improve the communication and clarity coming out of the school. There will also be the reinstatement of the Parent’s Forum and a proper programme of parent’s evenings throughout the year so parents know what is going on. We are all on the same side and I would re-iterate the hard work going on behind the scenes at the school. Let’s all support each other.

I would like to wish everyone in our area a very Merry Christmas and Happy New Year. There are loads of events around the area this month - check out the Community Centre noticeboards, the Church and Facebook for details of what’s going on. Peter.thompson@stedsbc.gov.uk - 07810 868986 14 | DECEMBER 2018

Hi there, Winter is now upon us, so there are a couple of things we as good residents can do to help our environment. Firstly we should ensure that our hedges are cut back, so they do not impede the pavements, this will also discourage the build up of moss which can cause a hazard much like a banana skin. We know it is cold waiting in the car for a passenger to return, or to warm it up on a cold morning, but be aware that if you leave the car idling it will produce noxious fumes which others have to breathe in. I know an anti idling campaign has been discussed at Borough Council level, the results of which we will pass on when available. Parking on the estate is still a problem. One of the main reasons is the build density, which differs throughout the estate. This has happened due to the changes in planning rules over the years. Suffice it to say, we would ask residents and their guests to park in such a way that does not affect other road or pavement users. It was brought to my notice that

at the Surgery last week a car which was parked poorly, almost prevented a doctor from exiting to attend an emergency. Please think before you park. Our AGM was held on Wednesday 21st at the Community Centre at which all members of the existing committee were elected en bloc. Our guest speaker was Nick Sibbett chair of Woodland Ways who gave a very enjoyable and informative talk on Woodland Ways work, and on the various species of mammal, birds, fauna and trees on Moreton Hall. We are lucky to have so much green space to enjoy, much of it planted in the last century. May I take the opportunity on behalf of the committee in wishing you all a Merry Christmas and a Happy New Year. Contact us on secretarymhra@gmail.com Or attend our next committee meeting on Thursday 10th January 2019 at 7 30 in the Community Centre Cliff Hind, Chairman cliffhind2001@yahoo.co.uk DECEMBER 2018 | 15

HOME + LIFESTYLE General Maintenance n Prune acers, birches and vines before January to avoid bleeding. n Reduce watering of houseplants. n Lawns will continue to grow if we have a mild December above 6c and may still need a final trim this month. Look at for standing leaves on your lawn as they will kill the grass if left all winter. n Remember to feed the birds. You might want to invest in some new bird feeders. Remember unless you clean old bird feeders they harbour disease n Don’t forget to tidy your tubs and containers by removing weeds, debris and add a layer of decorative gravel/grit mulch; this will stop mud splashing up in wet weather. n Continue to tidy-up fallen leaves from borders if you have not already done so and add them to the compost heap.

n Christmas cactus can fail to give flower buds if the temperature is too high . Try moving the cactus into a cooler environment n Hyacinths like a cool, bright space - if it’s too warm you will have more leaves than flowers. n In mild areas you can still lift and divide herbaceous perennials such as hostas when the weather is dry. This will increase your stocks and revive any poorly flowering clumps. n Prune climbing roses now; cutting away diseased or damaged growth and tying in any new shoots to their support. Prune older flowered side shoots back by two thirds of their length.

Flower Garden n If you have an indoor Cyclamen plant, keep it in a cool, light room. Water into the saucer not the pot to avoid wetting the leaves which can easily result in fungal infections. n Clear weeds from your flower beds.

Vegetable &amp; Fruit Garden n Now’s the time to prune fruit trees. Always use a sharp pair of secateurs, loppers and a pruning saw Start by removing crossing, rubbing, weak, dead, diseased, damaged and dying branches. Keep the centre of the tree open by removing larger branches with a sharp pruning saw. n Dig over empty borders and pile manure on top - let the worms and frosts break up the clods of soil. n Soft fruit such as currants, gooseberries, raspberries, blackberries and tayberries can be planted at this time as they are dormant.

This months poem... “While snow the window-panes bedim, The fire curls up a sunny charm, Where, creaming o’er the pitcher’s rim, The flowering ale is set to warm; Mirth, full of joy as summer bees, Sits there, its pleasures to impart, And children, ‘tween their parent’s knees, Sing scraps of carols o’er by heart.” - John Clare, December

Doing the jobs you don’t have time for... Call me for a quote on

Christ Church MORETON HALL December has come round again and it doesnâ&amp;#x20AC;&amp;#x2122;t seem like twelve months since we were last preparing for this important occasion. The autumn has been a very gratifying time at Christ Church, Moreton Hall. The weekend of healing produced tremendous effects for our church and the Shoebox appeal has been overwhelming in the support we have received from the community. At the time of writing there is no firm number of shoeboxes but we hope to be close to the target of one thousand. Our particular thanks go to Abbots Green School who have made a tremendous effort in collecting and filling as many boxes as possible. In our Christmas celebrations we are trying to remember how much Christ gave up coming to Earth to be with us. He left all His power and glory to be handed over to mankind as a simple baby. He was completely vulnerable and He was completely alone except for a wonderful father and a dedicated and loving mother. Not only did they welcome Him into their lives when he was unexpected and very inconvenient, but they cared for Him in the midst of a very difficult time in Bethlehem. They then fled to Egypt with the king of Judah, Herod, trying to kill him. They then brought Him back toand gave Him the best life they could until He was mature enough to leave home and begin His ministry. 82 | DECEMBER 2018

With that in mind I would like to take this opportunity of commending everybody who is a parent or active carer. The environment you create around the children committed to your care, or to the vulnerable adult you have to look after, is vitally important for their wellbeing. The hours of tireless service, the half spoken prayers, and the attempts to set a good example in all things great and small is a wonderful thing. It is seen and understood and supported by God. I feel He wants you to know that He appreciates every effort you make and is with you in every disappointment you face. You are not alone. The love you show is very like the love He shows for the world by giving us His Son. As we all know Christmas is very much a time for families. May your family, whatever shape or size it might be, know the love of God and the support of the church is always there for you. And we hope that each and every one of you will be able to join us in the celebrations we have at Christ Church, Moreton Hall, as we seek not only to serve but to honour our Saviour in our lives and in our daily walk.

With every good wish for the Christmas season Yours sincerely, Revd. Canon Jonathan Ford. Minister 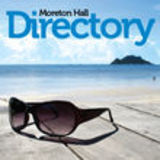