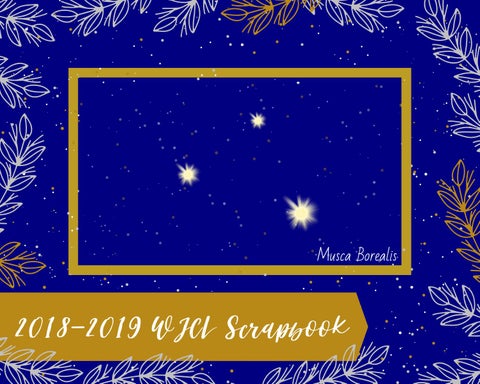 Salvete mea amici! This past year was not only driven by a theme of bees, but by an interest to reconnect with all that the JCL is: friends from other schools and states, service projects benefiting charities locally to internationally, and the classical languages we love This scrapbook tells the story of the WisconsinJCL from the beehive in Miami, Ohio to our delegation&#39;s return to the hive in Fargo, North Dakota. through constellations. The cover features Musca Borealis, which today we regard as a fly, but the constellation&#39;s discoverer, Petrus Plancius, originally named it &quot;Apes,&quot; or &quot;Bee.&quot; Constellations are featured throughout the scrapbook, connecting with each page&#39;s content. Enjoy the stargazing!

Taurus is a constellation of Jupiter, having transformed into a bull to woo Europa. Jupiter led the gods, and in the same way, the WJCL Board leads the WJCL

WJCL delegates gather around on the first day of convention

As Virgo&#39;s weapon is the scales of Libra to achieve justice, the WJCL competes using the knowledge of the classics to win victories.

Maddi and Katie cheers on certamen

Make New FRIends But Keep tHe Old, One is Purple and A classic Girl Scout the Other&#39;s Gold song, but applicable to

friendships made from the classics.

Cincinnatus Had a farm In true WIsco spirit, delegates dress as cows

The iconic red togas, cheese hats, and a day of pictures in the home of the Rock &#39;n&#39; Roll Hall of Fame the certamen team finally rests

In the same way that Hercules served ancient civilization and won victories, WisconsinJCL served the homeless by making blankets and won Intermediate Certamen.

To advanced to... NATIONAL CHAMPS!

Katie McCarthy has the Wico Ludi team hold up a &quot;W&quot; after winning Ludi Soccer.

Ludi Wisco plays Ludi Ultimate Frisbee before losing their only game at convention to Florida.

Just as Sagittarius aims his bow, Wisco teams aim for victory in Ludi and Olympika.

Wisco wins in Ludi Basketball, Soccer, and Volleyball and scores big in Olympika

Joanna Boyland shows off her owl after winning convention sweepstakes

Delegates are bundled up for the cold

This year&#39;s state convention was particularly unique-- while cold days across the state occured, Latin students made the trek to Maidson in weather with a high of -11 and low of -24 degrees Fahrenheit, with windchill around 50 below zero.

Jake Brink addresses the WJCL after the officer auction

The WJCL commemorates the legacy of Mags at her last convention before her retirement Magistra Knight, Magis, and Mags

ever wanted to see an entire state dressed as cereal? Homestead as Captain Crunch

Similarly to Orion, chapters are huntsmen of points. To win points, chapters participate in spirit.

Brookfield Academy as your cereal cupboard

Delegates showing off their groovy spirit

Certamen Leo As Hercules defeated the Nemean lion, represented by the constellation Leo, Certamen teams seek to defeat one another.

Max Franks organizes his table to purchse an officer in the upcoming auction.

As Ganymede is the cup bearer and allows Jupiter to dine, WJCL delegates dine in togas on the final night of convention.

&quot;Capture the Helen&quot; To reach Mags&#39;s house, across the flood street, WJCLers carried their shoes, rolled up their jeans, and took pictures as they waded through the lake.

orion + spirit Just as Perseus made a water journey to win yeet Andromeda, May Meeting Attendees drove though lakes to play Capture the Helen.

Mags&#39;s farm proved more interesting than any game. WJCLers climbed the silo and took a hike through the woods.

Half of the board posed (and played) on the swing set

&amp; May Board Meeting

Photo of the Month May

Similar to the art Orpheus makes on his lyre (represented by the constellation Lyra), WJCL members take artsy photos.

Whiile Hydra is made of many heads, and the WJCL is made of many chapters, each entity functions as a part of the whole. The following pages are some of the different chapters within the WJCL.

At a Latin Club meeting, students gather to work on club activities.

Homestead High School After state convention, HHS Latin poses in front of the state capitol with their Latin Club merch..

HHS Latin marches in the Homecoming Parade with a student favorite, a chariot.

University School of Milwaukee Due to extreme weather conditions, Caleb Saffold was the only delegate to attend the WJCL State Convention on Thursday evening. He still competed in certamen and won the election for 1st VP!

The group poses in front of the Arch of Constantine, with their amazing tour guide, David. Over spring break, DSHA&#39;s Latin Club traveled to Rome and Italy. 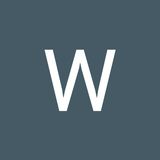