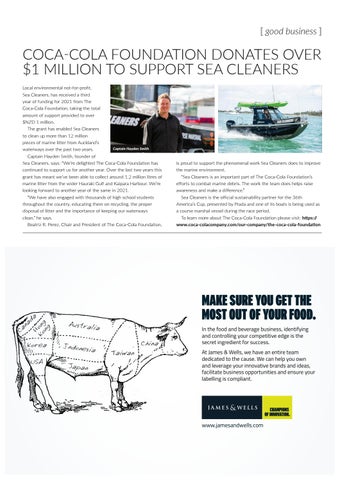 COCA-COLA FOUNDATION DONATES OVER $1 MILLION TO SUPPORT SEA CLEANERS Local environmental not-for-profit, Sea Cleaners, has received a third year of funding for 2021 from The Coca-Cola Foundation, taking the total amount of support provided to over $NZD 1 million. The grant has enabled Sea Cleaners to clean up more than 12 million pieces of marine litter from Auckland’s Captain Hayden Smith waterways over the past two years. Captain Hayden Smith, founder of Sea Cleaners, says: “We’re delighted The Coca-Cola Foundation has continued to support us for another year. Over the last two years this grant has meant we’ve been able to collect around 1.2 million litres of marine litter from the wider Hauraki Gulf and Kaipara Harbour. We’re looking forward to another year of the same in 2021. “We have also engaged with thousands of high school students throughout the country, educating them on recycling, the proper disposal of litter and the importance of keeping our waterways clean,” he says. Beatriz R. Perez, Chair and President of The Coca-Cola Foundation,

MAKE SURE YOU GET THE MOST OUT OF YOUR FOOD.

is proud to support the phenomenal work Sea Cleaners does to improve the marine environment. “Sea Cleaners is an important part of The Coca-Cola Foundation’s efforts to combat marine debris. The work the team does helps raise awareness and make a difference.” Sea Cleaners is the official sustainability partner for the 36th America’s Cup, presented by Prada and one of its boats is being used as a course marshal vessel during the race period. To learn more about The Coca-Cola Foundation please visit: https:// www.coca-colacompany.com/our-company/the-coca-cola-foundation

In the food and beverage business, identifying and controlling your competitive edge is the secret ingredient for success. At James &amp; Wells, we have an entire team dedicated to the cause. We can help you own and leverage your innovative brands and ideas, facilitate business opportunities and ensure your labelling is compliant. 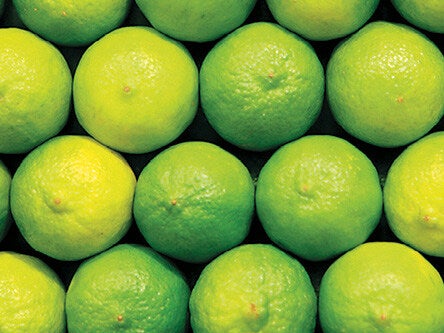