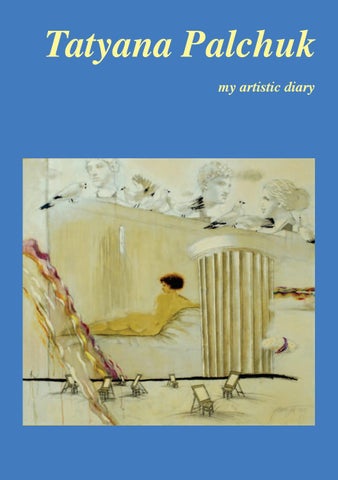 atyana Palchuk was born and has been living all her life in Riga, in a small area between the Art Academy and Elizabeth Street. Already during the kindergarten teachers predicted the little drawer an artist&#39;s destiny. Although, nobody was connected to arts in the family, she was constantly drawing in sand with a stick in hands. Tatyana lost her father at an early age and has been growing independently as other 50ies - 60ies kids, and she was the eternal engine and captain of the yard kids. Tatyana enrolled Rozentals Art School by herself even not informing her mum. The artist tells that becoming an artist was not as easy as a pie for her and she had drawn on to the level of the more talented school and academy members, in her opinion, only by thorough and accurate work. Her teachers are indisputable stars of Latvia and Europe Art - Imants Vecozols, Pēteris Postažs, Boriss Bērziņš, Edgars Iltners and academic Eduards Kalniņš. She has been among the few who have done the postgraduate course or workshop with the academic Eduards Kalniņš. Tatyana is proud to have had the honour and uncommon confidence to visit and grow artistically at the academic&#39;s home, studio and also have him at her small studio of only 12m2 in Elizabeth Street apartment. The experience and knowhow given by these art grands has been invaluable and it has helped Tatyana to grow the one and only art figure, which she has become. Tatyana has been living quite a secluded self-centered life of an artist. Therefore she can&#39;t be spotted in any parties, exhibitions and other events so typical in the world of arts. Tatyana doesn&#39;t attend contemporary art exhibitions and she finds her inspiration going to Europe culture centers rejoicing in Renaissance, Hollandaise, Italian and other world treasure artworks at famous galleries and museums. One of her favourite art museums is Gemäldegalerie in Berlin, which she tends to visit every year. Tatyana&#39;s motto is that anything new hasn&#39;t been invented but it has already existed, a Human is only a small part of macrocosm breathing harmoniously around us with microcosm inside itself, which is possibly as infinite. She is to no extent affected by the modern trends and loud attempts to draw attention to oneself. The main characteristics of her works are positivism, humanism and harmony with united world. They have been drawn in an excellent painting technique and mixing modern and ancient - a manner characteristic only for this artist. No doubt it is psychologically a quite difficult road, always to be a bit of a stranger among peers. But there are a great many Tatyana&#39;s art admirers scattered all around the world. Her works are in collections in many world countries, like wise in repositories of the Russian Art Union and Ministry of Culture of the Russian Federation. During the peak years of creativity Tatyana had an excellent success at international competitions and art markets. Last years significant exhibitions was participation at international painting exhibitions in New York, Rome, Palermo, Antwerpen, Spain, Denmark, Germany, and other world art centers. 20

Most difficult part in my creative work life I believe it is feeling, that I always paint old school, not modern way of today’s painting. I cannot follow trends of fashion and mainstream. Themes of my paintings are different. Was even more stuff when I was younger, many pillows left in tiers. Sometimes it is hard to be your self. But years passing and organically living that I have become mature and used to that. 50 words about work.... Painting is the way I think, my philosophy. As example – something gets me emotionally worried, interested and excited – that is impulse of beginning. Next I think much and share a result of my thoughts with spectator. Doing that best way I can do as a professional artist. I perceive a human being as a part of macrocosmos. And our selves as microcosmos with our internal galaxies. That explains why Nordic Renaissance artists are so intimate to me. I my paintings I try to put my thoughts, feelings, energy and emotions. This is why I think my paintings are not only mediator between artist and spectator, but painting live their own private life. Nothing can be born from emptiness. About art... I think that fine Art must first impact and affect our world of feelings and that should create response emotions, preferably – positive. That is key motive in my art. I try to pass this message in my art works – what is important to me spiritually and emotionally. First I search for interesting form. Composition of painting is my priority. That is most important, hard and interesting thing during the creation of painting. My compositions are always emphasised in details, balanced and without accident, everything has been created before in mind and spiritual process. I believe as result these paintings tune to thoughts, associations, kind of symbolism, but not too primitive or formal. Paint and drawing I consider as a very important instrument of expression. Try always use harmonic paint blend. In love with all white colour shades and tones. Same thing about my favorite pearly paints, grey and my gold ocher chord paint. Technical performance of painting is something I treat very delicate and call it as “oil painting technical culture”. As example – we see that in use of transparent layers of colour in random mix of think pasty, leaving clean canvas with visible lines of paint. Being a tutor of painting, drawing and composition I try to teach my students my professional skills of technique, drawing, composition and colour. Next is in the hands of time, where each genius is judged by time, spectators and specialists. 21

Artist Statement Deep and complete knowledge of my profession are proven by long years during which I was learning and improving myself as a professional. My creative work is first of all characterized by many exhibitions, publications and positive feedback from students, colleagues and art critics. The basis of everything still remains academic professionalism. Even it is not a leading value in the arts currently â&amp;#x20AC;&amp;#x201C; good master of his handcraft should combine talent and professionalism. It is definitely an advantage and provides additional quality to the work results. My creative work is too long and varied to be described in one page. I am confident that: 1. For representative of any profession, including creative and art ones, the first thing you need to do is acquire the skills of your handicraft. 2. If a designer or architect using his main tool - pencil - is not capable to draw his idea quick and simply to his customer â&amp;#x20AC;&amp;#x201C; his is not a professional. 3. If an artist is not capable to sketch ideas and versions of his painting â&amp;#x20AC;&amp;#x201C; he is again not a professional. 4. That is why I am sure, that the main thing I can teach to my student is to become a professional of his handicraft, having a will and contribution of what he does. My conformity to the position qualifications is described in all attached materials.Geniuses and evaluation of student works should stay to the critics and prerogative of history. 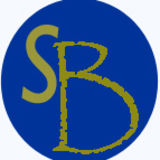