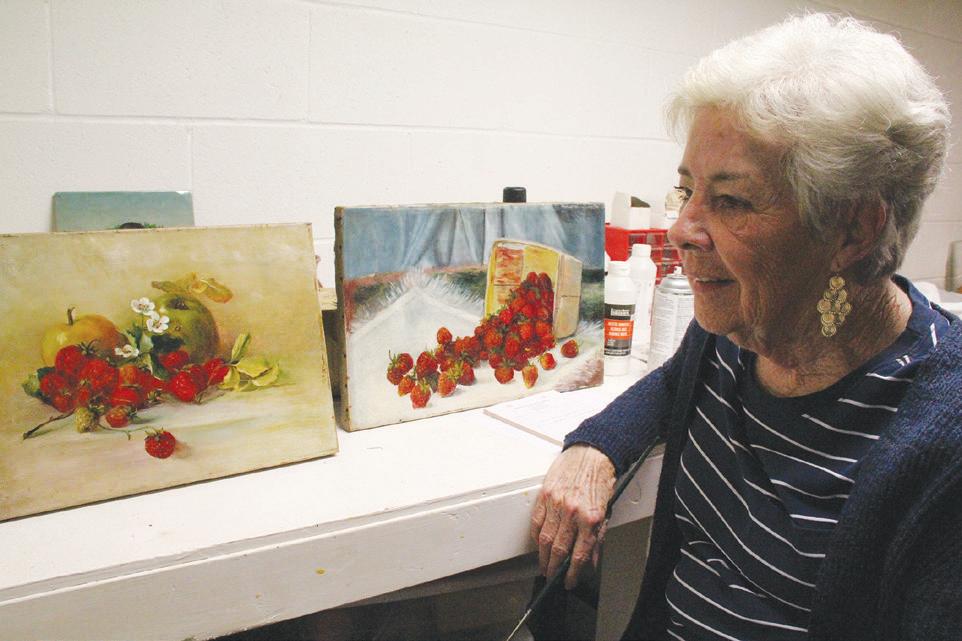 You will relate to this article if at some time or another you have cut wood with a chainsaw. I am not talking about just those men who’ve done it, for I’ve seen many women handle a saw with great ease and care.

My wife, Kay for example, having watched YouTube videos and observing me on many occasion buzz up a log for firewood, grabbed for the saw one day and proudly said, “I can do that!” “Woah, wait,” I said, as I gave her a pair of chaps (the orange kind that prevent injury), gloves, and my hard hat with face, head, ear, and eye protection. Then I handed her the saw.

I could’ve used her help recently when I decided to tackle an old pignut hickory stump that had remained off to the side of our road for years. It was time to remove this eyesore and hazard. It wasn’t so dangerous that we could drive into it, it was just a nuisance. Kay was visiting her mother for a few weeks, and with our daily calls back and forth, I told her of my project. “Be careful”, she said.

Another reason to remove the stump came from my friend, Lanny who kept saying over the years, “Get rid of that thing, will you?” It was time.

I dug out three other stumps next to a studio we recently built, so I thought I had some experience. But I wanted more options, so I looked up again on YouTube some suggestions that ranged from burning them out, to using a stump grinder, to good old fashion cutting the stump sections out with the chain saw.

My good friends at Bear Hardware did rent out a grinder but the fee seemed a little high for my project and they weren’t all that impressed with its performance. I didn’t want a smoldering, smokey stump for a week or more. I’d have to dig out and remove the charred remains.

So, I chose the chainsaw option. But I had forgotten how tough this pignut hickory stump was—at least 25 years old and a good 5 feet across. The wood wasn’t punky or rotten as you might think. It was incredibly dense.

It took six chains, a lot of sharpening, two tankfulls of gas, and over two days to get the job done. Digging away the dirt from the base of the stump gave me more room to maneuver the saw. You have to get the bar of the saw deeper than ground level—so digging is the first job. Then the more you dig, the better angle for the bar and more sawing.

Each cut went into the dense wood slowly, the chips getting finer and finer. Chainsaw professionals want big chips to fly as they cut. It tells them the chain is as sharp as can be. Fine sawdust indicated my chain had become dull again. To help widen the cuts, I drove a wedge into the first cut with a sledgehammer, and then another one into a second cut, then another, soon burying all three. I should’ve known better than to pound them into the wood so deeply. I had to watch where my next cut would be so as not to hit the wedge. I think you can tell, it was no easy task.

I thought about this pignut hickory tree while I was sawing the stump and I became anxious. Odd that I felt that way. The tree had been dead for many years and was not doing typical tree things, like taking in carbon dioxide and releasing oxygen. It had long given up its role as an air cooler in summer and a wind deflector in winter. The limbs long gone had been places for chickadees and nuthatches to perch. That didn’t make me feel any remorse. No, I thought more about me and my struggle, needing to end this difficult task, getting it out of the ground in several large chunks. I thought about my saw needing a tune-up, the six dull chains that needed sharpening, and that if I didn’t get this all done, the next days’ rain would make a sloppy mess.

I was not bothered by this tree’s important role in nature since we have many trees—one less won’t make that much difference. Right? And I couldn’t even recall this particular hickory’s amount of firewood that warmed our living room, long used up now, probably when our boys were much younger. They took turns after football practice to split and stack the wood.

But almost like a family member that grows up with you, you may not remember all their habits, traits, good or bad, but over time the memory drifts back. This tree did a lot of jobs, and even at the end—all the small limbs, twigs, and leaves returned to the soil. Even the stump helped create soil over the years it remained there. In the deepest roots, I noticed several cream-colored grubs that attracted a few chickadees. They jumped in and out of the hole when I left for a break. Another job for the hickory.

Now at this writing, the dense, old chunks from the hickory stump, scarred and dirty, are stacked by the wood stove door. “You can call ’em all night burners,” I recall my dad saying.

And that’s what they did as their last job. I felt a lot more gratitude for that old hickory.