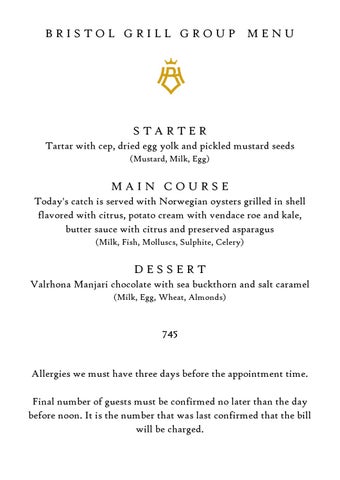 745 Allergies we must have three days before the appointment time. Final number of guests must be confirmed no later than the day before noon. It is the number that was last confirmed that the bill will be charged.