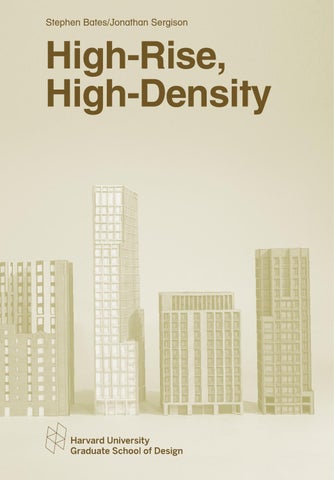 The high-rise, multistory building is a very American invention, the result of high land values in rapidly developing cities, an abundance of iron ore, and Elisha Otis’s invention—the elevator. These facts are known to most North Americans. In “The Tall Office Building Artistically Considered,” written in March 1896, Louis Sullivan argues for an approach to high-rise buildings that combines appearance with pragmatism, architectural and architectonic qualities, and technical performance. More than 100 years after he wrote this seminal text, we considered what it might mean to build a high-rise building. In this case, the task was to design a tower for residential rather than commercial use. The assignment was to design a high-rise, multiple-dwelling building in Boston. The exact number of apartments and the introduction of other programmatic elements emerged through the site investigation undertaken by each student in a part of the city selected. Emphasis was placed on the need to consider the atmosphere of the building, how the building is entered from the street and its relationship to the wider city, how a believable and comfortable set of interior spaces is created, how volumes are expressed, and how the façade is composed.

The first exercise was intended to help the students become familiar with the particular atmosphere of living high up and the feelings that this engenders. Each student chose a space that he or she could gain access to and believed had an atmosphere that exemplified the condition of being many floors above street level. Having made this choice, each student was asked to study the space and photograph it accurately, paying attention to the light level and composition of the photograph. They then made models of their spaces at a scale of 1:10 based on a print of the photograph. The model accurately recreated everything that could be seen in the print. Having done this, they photographed the models from the same viewpoints from which they had photographed the interiors. Care was taken to recreate the lighting levels and atmosphere observed in the room as documented in the original photograph. This document shows both the original photograph and the photograph of the model that attempts to recreate the space selected. Sometimes it takes a moment to notice the differences between the real and the recreated space. This exercise reminds us that our work as architects is to structure a space in which inhabitation can take place and pay attention to the details that affect the â&#x20AC;&#x153;feelâ&#x20AC;? of a space. The way in which the users of a building choose to occupy a room is unpredictable, at times unsettling, but also instructive.

At the beginning of March, a study trip to New York was organized. This field visit served many purposes, the most important of which was to give students an understanding of the lessons that we can learn from the extraordinary collection of high-rise buildings erected in the city over the last 150 years. Students were invited to survey one of the buildings we selected, photograph it, and draw it accurately at a scale of 1:100. It was important for the students to draw what they saw using their observation skills. The drawings needed to record the physical condition of each building accurately. Surveying a building allows us to develop a more in-depth understanding of it, a fact that has of course been understood since the Renaissance. The exercise continues to be relevant, as it helps us understand the scale of thingsâ&#x20AC;&#x201D;a skill that should inform the myriad decisions that need to be made in organizing and managing the elements of the faĂ§ades of buildings.

The second exercise required each student to select a site in Boston and develop an urban concept for a single multistory building of a scale and density appropriate to the chosen location. Students were encouraged to consider higher-density downtown locations with good public transportation connections. Proposal were required to be realistic, reasonable, and achievable within the parameters of planning conditions and existing urban regulations. The key tool in this exercise was a 1:200 model made from timber that was required to include a part of the site’s wider urban context. Plans, sections, and elevations were produced as tools for developing and refining massing studies for the site. In addition, students were required to produce a single image of their project in its context. A lecture was given by Stephen Bates as an introduction to this module entitled “The Space Between. Thresholds and Territories,” followed by a film on Sergison Bates’s urban housing and crèche project in Geneva, Switzerland.

As architects, we contribute to the making of homes through the sum of the decisions we take. Ultimately, our task is to create a generous—or at least reasonable—framework within which users can organize their domestic lives. This could be understood as a task that revolves around the making and framing of backgrounds. Working in plan and with 1:50 and 1:20 scale models, the students began to develop ideas for the arrangement of apartments within buildings, which at that point they had only considered through massing studies at 1:200. Although we acknowledge that efficiency is important in the development of a plan for a contemporary apartment, we encouraged students to give greater priority to the quality and atmosphere of each apartment. At this point in the semester, an intermediate review was held.

The fifth module required the students to develop a clear concept for the façades of their buildings. We encouraged them to consider the form of construction and the material language of the building. This work began with the making of a perspective of the building in its context, a revision of what had been produced earlier in the semester. Students were encouraged to select an appropriate representation technique for this image. Drawing studies were also used to explore the section of the building and explain the construction principles of the façade. Numerous studies were produced exploring the appearance and proportions of each building. These were drawn at a scale of 1:100 and 1:50, with additional detailed part studies and three-dimensional studies where appropriate. As in all other modules, we encouraged students to draw on precedents, not only by studying the buildings they saw during their study trip to New York but, by looking at a wider range of projects specifically relevant to the development of the approach that was emerging in their work.

Finally, the last weeks of the semester were devoted to producing a model of part of the interior of each project at a scale of 1:10. This replicated the first exercise (Survey 1), although in this case the model produced represented the interior qualities of the project as an imagined rather than “found” space. Students were encouraged to describe the interior qualities of their projects and the relation between the interior of the buildings and the city outside. As in the first exercise, priority was given to the photographed image, and models needed to take account of this. The models themselves have no value other than as means to create a convincing representation of an interior. All of the materials produced through these exercises were presented to the jury that we invited to attend the final reviews.

Stephen Bates Stephen Bates graduated from the Royal College of Art in 1989 and gained professional experience in London and Barcelona. In 1996 he established Sergison Bates architects in London with Jonathan Sergison. The practice works at different scales and their projects range from urban planning to public buildings and housing. Several of their projects have received awards and the practice’s work has won international recognition with the Heinrich Tessenow Gold Medal and the Erich Schelling Medal for Architecture in 2006. Their work was shown at the British Pavilion at the 2008 Venice Biennale, and in 2012 they were invited to curate an exhibition on social housing, “Feeling at Home,” as part of the 2012 edition. In 2010 the practice opened a studio in Zurich. Bates has taught at a number of schools of architecture, including the Architectural Association in London, the Swiss Federal Institute of Technology (ETH) in Zurich, the International University of Catalunya (ESARQ) in Barcelona, the École Polytechnique Fédérale (EPFL) in Lausanne, and the Oslo School of Architecture and Design. He is currently Professor of Urbanism and Housing at TU München. In addition to his academic commitments, he lectures widely, has served on a number of prestigious international juries, among them the Premis FAD for Spanish and Portuguese architecture and the RIBA Stirling Prize, and writes regularly on architecture.

Jonathan Sergison Jonathan Sergison graduated from the Architectural Association in 1989 and gained professional experience working for David Chipperfield and Tony Fretton. In 1996 he established Sergison Bates architects in London with Stephen Bates. The practice works at different scales and their projects range from urban planning to public buildings and housing. Several of their projects have received awards and the practice’s work has won international recognition with the Heinrich Tessenow Gold Medal and the Erich Schelling Medal for Architecture in 2006. Their work was shown at the British Pavilion at the 2008 Venice Biennale, and in 2012 they were invited to curate an exhibition on social housing, “Feeling at Home,” as part of the 2012 edition. In 2010 the practice opened a studio in Zurich. Sergison has taught at a number of schools of architecture, including the Architectural Association in London, the Swiss Federal Institute of Technology (ETH) in Zurich, the International University of Catalunya (ESARQ) in Barcelona, the École Polytechnique Fédérale (EPFL) in Lausanne, and the Oslo School of Architecture and Design. He is currently Professor of Architectural Design at the Accademia di Architettura at Mendrisio, Switzerland. In addition to his academic commitments, he lectures widely, has served on prestigious architectural juries, and writes regularly on architecture.

Acknowledgments We would like to thank Dean Mohsen Mostafavi and Professor Iñaki Ábalos for inviting us to be part of the teaching program at the Harvard University Graduate School of Design during the spring 2014 semester. We are also indebted to Preston Scott Cohen, Mark Lee, Carles Muro, Maryann Thompson, and Špela Videcˇnik for their insightful contribution to the reviews. A special acknowledgment is owed to José Ramón Sierra y Gomez de Léon and Marina Aldrovandi for their assistance and care in attending to the organization of the studio, to Sarah Maunder for her work on this report, and to Jennifer Sigler and Melissa Vaughn for managing the process. Finally, we are grateful to the students who are the authors of the works documented here for their exceptionally hard work and for their trust in following our teaching program. Image Credits Page 1, 63–64, 73–74: Jonathan Sergison Pages 3–4: Lauren Bordes Pages 23–24, 33–34, 43–44, 53–54: Seungho Park Lectures “Survey” Jonathan Sergison January 24, 2014 “The Space Between. Thresholds and Territories” and “Feeling at Home. Rue du Cendrier, Geneva” Stephen Bates February 11, 2014 “On Continuity” Public lecture by Jonathan Sergison and Stephen Bates March 25, 2014 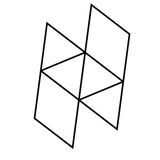