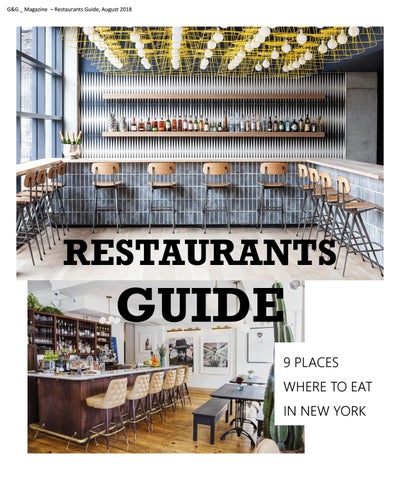 GUIDE 9 PLACES WHERE TO EAT IN NEW YORK

Architecture An oasis of sophisticated contemporary luxury Park Hyatt Milan is an elegant five-star luxury hotel located in the historic center of Milan.

A second home on a rocky outcrop at the start of the Western Ghats in India realized by SPASM Design Architects.

EMAIL US For General enquiry info@gandgmagazine.eu

Fairfax Fairfax is an all-day neighborhood cafe and wine bar. Come on in early for coffee and pastries to stay or go, settle in for a light lunch and the newspaper, or swing through at night with friends for a bottle of wine and a full-on dinner.

Blanca Hidden within Roberta’s Garden is Blanca, the 13-seat “temple of gastronomy” features an extended tasting experience. Described as “dazzling” and an “epic food adventure,” Blanca received its second Michelin star in 2015 alongside a three-star review from critic Pete Wells of The New York Times. Clear views of the exhibition kitchen anchor Blanca’s simplistic design, reflecting the chef’s purist intentions with exposed rafters, stark white walls, and subtle pops of greenery. After checking in at Roberta’s host stand next door, diners sit at the porcelain chef’s counter in re-upholstered bucket seats sourced from vintage Corvettes—a callout to the space’s former use as an auto body shop, as well as Chef’s proclivity for racing cars and motorcycles. 261 Moore St, Brooklyn, NY - 11206

The Django Descend into The Django and you’ll feel like you’ve entered another world. The new subterranean jazz club, with its vaulted ceilings, paint peeling into layers of emerald, sage and persimmon hues, and vintage lighting fixtures, was modeled after the boîtes of Paris. The venue consists of two cocktail bars, open dining space and a stage for live performances or meetings. The ne plus ultra: a state-of-the-art Meyer Sound system. The Django offers crafted cocktails and small plates, all partnered with a brilliant entertainment lineup. 2 6th Avenue, New York, NY - 10013

The Chef Kenichi Tajima and his wife Keiko run the quaint 31 seat French boutique restaurant of Tastings Social. The trinity of a good restaurant is FOOD, DECOR and SERVICE. The whimsy of Chef Kenichiâ&#x20AC;&#x2122;s food when mixed with the affordable price and authentic atmosphere makes Mountain Bird a necessary addition to the cityâ&#x20AC;&#x2122;s landscape. It is truly a savvy Harlem neighborhood find. 251E 110th street, New York, NY - 10029

8 Sunday in Brooklyn Sunday is a day that New York City restaurant veterans Todd Enany, Adam Landsman, and Chef Jaime Young never took for granted. After long work weeks, Sunday became a day to celebrate the city, the food and beverage industry, and family and friends. Living in Brooklyn for nearly a decade, it was about adventuring through their borough to satisfy their craving, whether it be the best breakfast sandwich, cocktails, dinner, wine, or cup of coffee. Now, they've turned those cravings into their next adventure. 348 Wythe Avenue Brooklyn , NY - 11211

LoLo’s . Executive Chef Raymond Mohan and Restaurateur Leticia Young opened LoLo’s Seafood Shack in the Winter of 2014. LoLo's Seafood Shack serves up a variety of seafood from the coastal comfort foods of the Cape like sauced shrimp to Caribbean street eats like our crunchy conch fritters. 303 W. 116th St. NY - 10026 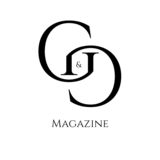