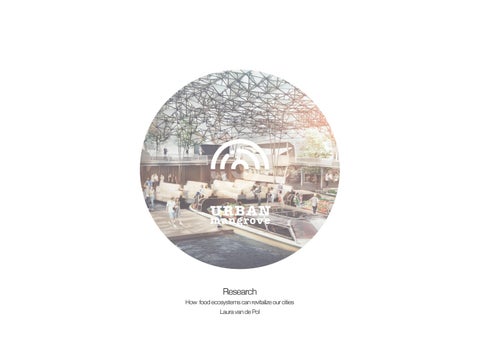 Motivation Inspired by the Old Amsterdam Food Tours and the book the Hungry City by Carolyn Steel, I first realized several years ago how little I knew of Amsterdam’s history whilst it was the city I had lived in for five years. For the first time I was led through the city by new eyes: the way of how food entered and shaped the city. Suddenly many structures, waterways, buildings and streetnames made sense to why they were there; the story behind the reason is quite incredible. We have a rich history and especially in the Golden Age it impacted the city greatly. I realized that the fascination for the city grew and thought that maybe some problems the city faces now are formed because the way we use it is so disconnected from what it was designed to be; a place that organizes it’s transportation by water, is adaptable and holds a system that facilitates food. Within this structure and taking these core values of the city, it is able to adopt to the cities needs. Feeding the city When cities were designed and built, as Carolyn Steel often reminds us of with the ‘Allegory of good government’ by Lorenzetti, there was an ideal size and relationship between the city (that had a surrounding wall) and it’s productive landscape. In the middle ages we knew where our food came from and were visually and physically connected to it. However, today we have no idea how our cities are fed and where the produce comes from. Besides the fact we are disconnected from our food, we are consuming and wasting too much. At the moment, we are producing and consuming as if we have the resources equal to 5 planet earths. To understand, become more consious of our consumption behaviour and connect to our direct land again, we must have interventions that work with local and circular systems.

Allegory of good government by Ambrogio Lorenzetti, 1337-1340 Inspiration for the relationship between the city and the surrounding land

1685 the curve of the Herengracht, Gerrit Berckheyde

History The history of the city, that developed from a small village by the Amstel in the 12th century to the centre of the international trade in the Golden Age, was literally shaped by food. The old entrance of Amsterdam was the port where the latest trends, foods and goods where discovered; a place to be inspired, to discover and to meet people. The port of Amsterdam was the capital of the world. Food was visible everywhere in the city and played a major role in shaping the urban fabric. Markets were formed by or on the canals that were the veins of the city’s structure. Oxes walked into the Kalverstraat on their way to the cattle market on the ‘Spui’, vegetables were sold on the Warmoestraat, on the Dam there was a daily fish market with the Haringpakkerssteeg as a side alley where the herring was salted to preserve. The food imprint that Amsterdam holds, tells us that supplying, storing, transportation and consumption of food have always been of big cultural and social value. Salting the herring on the Haringpakkerssteeg near the fish market off Dam Square

Cities as sustainable ecosystems The ambition with this project is to create a programme with a deep connection to it’s location that feeds from it’s surrounding and is able to give back added value to the city by transforming and connecting existing sources/flows. This vision can be seen as a sustainable pilot to how this intervention can contribute to revitalizing and reactivating the city, simply by connecting history, functions and economy that create a smart grid. It’s not a new idea, it’s basically going back to the roots of how the city was built. On what principles and local sources is it created? In order to understand the creation, transformation and growth of Amsterdam, one must go back to the birth of the city. This way we can analyze the important characteristics and understand why certain structures and urban expansions were made to learn from. With this information a design propasal can be shaped. I believe that we should start seeing our cities as ecosystems as the people and our cities are contantly changing and developing. This way we root our cities with it’s surroundings and we can give ourselves the freedom and the space to react to the needs of the cities of today and tomorrow.

how food enters the city today

from the ring to the Foodcenter on the Jan van Galenstraat into the city by lorry causing traffic jams not using the potential â&#x20AC;&#x2DC;trafficwaysâ&#x20AC;&#x2122; of the city structure

how food entered the city in the golden age: to the quays and squares where the markets were situated

meat (walked in through the Kalverstraat) fish dairy vegetables fruit

traffic on the bridge: crossing pedestrians/bicycles/taxiâ&#x20AC;&#x2122;s and trams

transformating the canals The Amsterdam canals have gone from a transportation system and social network system to a visually closed touristic traffic network. Can we reactivate our city and itâ&#x20AC;&#x2122;s function by introducing smartgrid city interventions through our waterways? By understanding the city and taking the characteristics, that it used to be fed by the water and itâ&#x20AC;&#x2122;s harbour front was the most important in the world trade wise, itâ&#x20AC;&#x2122;s possible to use these specialities again in a modern way. By seeing the city of today -and furture- as an ever chaning smart city, the city needs a new layer of existing networks that connects all potential flows of the city. Fresh food, goods, visitors, events, canal boats, tramlines and the waterway as a carrier of all these flows can connect and become a facilitating hub for an organic ecosystem that has a positive influence on Amsterdam. from

canal function until 1700 was economical and social: transporting goods directly to the people

mangrove, the organic connector To bring back the old function of Amsterdams harbour, the mangrove is taken as a metaphore to an ecosystem that is fed by the water. Like a living organism, it has the ability to adapt, to change form, to grow or shrink, to multiply itself and is part of a bigger network to make it sustaining. The goal is to strengthen the relationship that Amsterdam had with food, by reactivating the water network. This way the canals are reused as a form of transportation and a floating market can plug-in at any of the ‘Mangroves’ in the city. By doing this, it’s revitalising the function of the old harbour that used to be along the Prins Hendrikkade. Network Like any ecosystem, a mangrove can’t exist by itself. To optimize efficiency, Urban Mangrove is one of many in a network of mangroves. The conditions that the city mangrove needs is that it must be located by the water with a connection to public transport, the canal boat system and in a Facilitating the city This covered city square is a placemaker where people mingle and meet where the floating market (reused canal boats) dock onto the flexible piers. It can facilitate several scenario’s, such as kiosks, open air theatre, concerts, festivals and cinemas. These scenarios change during the course of the day and during the seasons. This ecosystem is a reaction and a platform to what the city needs today, adapting and faciltitating to it’s surrounding.

being fed by water multiplying roots to create a network

approaching the city Besides the street names and facade bricks, the history and story of Amsterdam has dissapeared from our streetscape. But if we look at the patterns of streets, the canals, squares and buildings, it’s possible to discover signs of Amsterdam’s past food history. Amsterdam’s appearance is more than coffee shops, souvenir shops, sex museums and multinational corporations, which could be the impression you get from entering the city from central station. This project can contribute to change the city’s appearance in a positive way by making a statement in esthetics, it’s connection to it’s local characteristics and importance of food.

This covered city square is a placemaker that primarily facilitates a daily floating market. The boats are reused Amsterdam canal boats that carry local farmers fresh produce that are docked onto the flexible piers.

It can facilitate several scenario’s, such as modular kiosks, an open air theatre, floating cinema, concerts and festivals. These scenarios change during the course of the day and during the seasons. This ecosystem is a reaction and a platform to what the city needs today, adapting and faciltitating to it’s surrounding. Design components For the publuc space to be able to respond to the cities needs, it must be able to create several scenario’s, the design must be modular and flexible. That’s why it is divided into three main components. These are again translated to space and materials: -Permanent quay natural stone -Temporary roof, kiosks wood/bamboo modularitity -Flexible piers water

roof structure The roof is a unique and important element of the Urban Mangrove. It is a reaction to it’s direct surroundings, influenced by the traffic flow, pedestrian- and bicycle flow, view , sunlight and programme. It consists out of a modulair and flexible construction method of bamboo which is able to form any shape. The basic system is built out of triangles that all meet in a twelve point joint fixture. This way you can keep expanding or decreasing the roof and it makes itself available as a formula that can fit in any situation. This way every roofsystem is the same, but the shape will defer as it’s situated in a different location. In between the sandwich structure there is a white waterproof canvas fixed that catches the rainwater and transferres it to the lowest points of the roof where it drips or floods down to a raingarden. These are the ‘wet’ areas in the design.

bamboo The roof structure is a triangular modular system that is light weight, strong and weather resistant. The triangle is in itself a strong constructive shape that creates it’s own stability in three directions. The joints are made in such a way that a new triangle or bamboo beam can be fixed on. Bamboo is also known as ‘natural steel’ as it has the same qualities in strength, only it’s also light weight, durable and it can grow fast in the right climate circumstances. There are some points of attention for bamboo use as a constructive system, for instance the ventilation through the length of the grass to avoid rot if there is damp inside. Therefor small holes are punctured through the ‘rooms’. The Guadua Angustifolio bamboo is most suitable for this kind of construction method as it: - is the strongest kind - is the tensile strength is larger than steel - is the straightest kind in length (10 cm narrower on 10 metres) - is durable and lasts for 20 years - is a renewable source that grows 40 to 50 centimetres a day

study in creating an organic shape from triangles 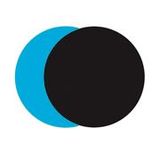