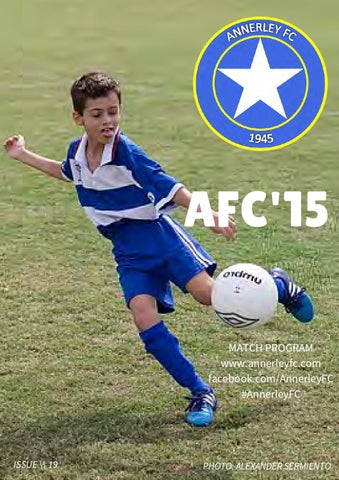 WHO ARE WE? AFC! Welcome to Annerley Football Club 50th Anniversary of Women's Football On the 15th of August Annerley Football Club will be celebrating 50 years since fielding the first women's team. With plenty of raffle prizes, guest appearances from the Brisbane Roar team, tasty food and drinks to go around, it'll be a fun filled day of football! Come down and cheer on the Annerley women as they play their last regular fixture for the 2015 season.

SPONSORSHIP WITH ANNERLEY FC A huge thank you to all of our 2015 sponsors!

Senior Club Champion Learn more at the AIAS website - www.aias.com.au Get in touch with us if you believe a partnership with Annerley F.C is for you! Gemma Layfield | Marketing & Media Officer | 0418 104 054 | sponsors@annerleyfc.com

THE MONKEY BAR CAFE Monkey Bar is very excited to be donating some great prizes to Annerley FC's 50th anniversary of women's soccer at the club! We're raffling off a $50 voucher to spend at the cafe and a private barista lesson! Buy your tickets now or on the day of the event!! Prizes will be drawn on August 15th.

This week is a do or die game for the club. We have been hammered with injuries this year and currently have six players out for the rest of the season. The boys aren't using it as an excuse - in fact quite the opposite. They are digging deep, giving it their all and last week we matched

Premiers Holland Park in every facet apart from the score line. I'm very proud of all of them and I know we can throw everything we have at Holland Park again this weekend when we meet them for the second week in a row. GO ANNERLEY!!

Previous Men's Results... It was a difficult weekend for the Annerley men, with no team managing to record a victory. The Capital 1s and Reserves made the short trip to local rival, Holland Park Hawks. The Capital 1s put in a brave performance but went down 3-0. A last minute Annerley equaliser saw the Reserves draw 2-2. City 1 lost 3-0 to an accomplished South side eagles outfit. City 2 were beaten 2-0 by league leaders Grange Thistle. City 3 and 4 had rough nights, losing 6-1 and 5-0 to UQ and Grange Thistle respectively.

After a stirling effort to upset the top of the table a fortnight ago, we need to maintain the momentum for the last two games if we have any finals hope. This week we play at home vs Moggill, a lower ranked team but no pushover. Defensively we are slightly weaker with the loss of our awesome stopper so will need to ensure we control the game throughout to avoid giving away possession and free shots. A lifting of the Annerley div 5 curse of 30 shots and no goals would be appreciated for the last few games!

Previous Women's Results... Saturday evening saw our BWPL side travel to Souths United to play on their new artificial pitch. It took some adjusting, but the girls ran away with a convincing 4-1 win. The City 1 team travelled to Mitchelton where they managed a scoreless draw. Our City 4 team struggled for numbers, and went down fighting, losing 3-0. The City 5 ladies had the week off with a bye.

My worst habit is thinking I'm playing netball when I'm on the football field.

Please maaaatee, look at him! HE LOVES IT! - Rob Monteverde Full name: Courtney Bailey. Current Annerley team: City league 5, with guest appearances in the city league 4 team. Preferred position: This is my first ever season so I just stand where Faye and the girls tell me to… Occupation? Student. Favourite Jersey Number: Anything that isn’t a 2XL. Greatest footballing achievement? Going onto the field for the first time was pretty exciting! Most embarrassing footballing moment? Every time I shank a kick…still learning. Which football inspires you the most? Going to go for the soppy answer and say my brother. I have had to watch him play since I can remember and he’s always seemed like an ok player. If you were down to your last $20 what would you spend it on? I’m a student - so this happens fortnightly. It generally gets spent on coffee.

Full name: Mitchell Bailey. Nickname(s): Mitch Bailey. Current Annerley team: Capital League 1. Preferred Position? Right back. Favourite jersey number? I am equally fond of numbers 2 and 6. I don't really know why, I just think they're neat. Proudest footballing memory? Using my face to clear the ball off the line against Pine Rivers. Most embarrassing footballing moment? Watching the slow motion replay of the above incident. Favourite footballing memory? Winning the Kelvin Grove Wednesday night social futsal league grand final with my dear friends, Ghost Mutts FC. Best goal celebration? Feenga in day sky! If you could trade places with a famous footballer for one day who would you choose? Probably one of the Brattan brothers. It wouldn't matter which one.

U12, U13 & U15 U12 Division 5 South Steve Danyluk (Coach) & Andy Nicholson (Manager) Our U12s have had an excellent first year on the full size field. They are currently sitting in first position and are assured of a semi final spot. With four games left of the season, a win against second spot team Logan on Saturday will seal the minor premiership for the team. To date the U12s are also undefeated!

U13 Division 6 South Dan Collins (Coach) & David Clare (Manager) The U13s had a slow start to the season which was due to the low number of players and having players away for the first 6 games due to school football. Regardless, the team has done extremely well! They are currently sitting in third position and have a great chance at playing semi-finals football, possibly winning the minor premiership as well.

U15 Division 2 Ian Martindale (Coach) & Bill Clarke (Manager) Our U15s currently sit mid table. This is a great achievement considering a number of players from last year left to play in the NPL league. The team core is extremely dedicated and will continue to do the club proud if they stick together. They are still in the hunt for a semi-final birth which may happen if they take care of their last few fixtures. 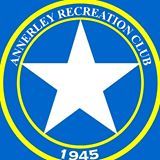