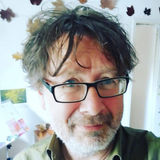 Zentrifuge started 2008 - short after the closing down of AEG in Nuremberg, Germany. As a non for profit association Zentrifuge realised exhibitions, cultural events and researching projects in one of the former industrual halls on the site which was to get revitalised in a creative and sustainable way under the name "Auf AEG". Important projects, initiated and realised by Zentrifuge during this process are for example the CreativeMonday (a platform for creative industries), engineering2050 (an interdisciplinary "industry 4.0" project) and "Forschende Kunst" (Researching Art) as a researching project in the fields of aesthetics, science and society. Zentrifuge is a dynamic and authentic catalysator of transformation and change. It works on the interface between culture, art, science and economy and is experimentally and targeted at the same time. Meanwhile the revitalisation of Auf AEG has reached an advanced state and Zentrifuge is looking for new challenges.