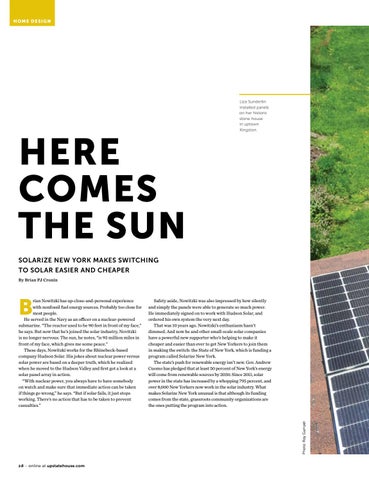 Safety aside, Nowitzki was also impressed by how silently and simply the panels were able to generate so much power. He immediately signed on to work with Hudson Solar, and ordered his own system the very next day. That was 10 years ago. Nowitzki’s enthusiasm hasn’t dimmed. And now he and other small-scale solar companies have a powerful new supporter who’s helping to make it cheaper and easier than ever to get New Yorkers to join them in making the switch: the State of New York, which is funding a program called Solarize New York. The state’s push for renewable energy isn’t new. Gov. Andrew Cuomo has pledged that at least 50 percent of New York’s energy will come from renewable sources by 2030. Since 2011, solar power in the state has increased by a whopping 795 percent, and over 8,000 New Yorkers now work in the solar industry. What makes Solarize New York unusual is that although its funding comes from the state, grassroots community organizations are the ones putting the program into action.

rian Nowitzki has up-close-and-personal experience with nonfossil fuel energy sources. Probably too close for most people. He served in the Navy as an officer on a nuclear-powered submarine. “The reactor used to be 90 feet in front of my face,” he says. But now that he’s joined the solar industry, Novitzki is no longer nervous. The sun, he notes, “is 93 million miles in front of my face, which gives me some peace.” These days, Nowitzki works for the Rhinebeck-based company Hudson Solar. His jokes about nuclear power versus solar power are based on a deeper truth, which he realized when he moved to the Hudson Valley and first got a look at a solar panel array in action. “With nuclear power, you always have to have somebody on watch and make sure that immediate action can be taken if things go wrong,” he says. “But if solar fails, it just stops working. There’s no action that has to be taken to prevent casualties.” 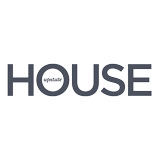