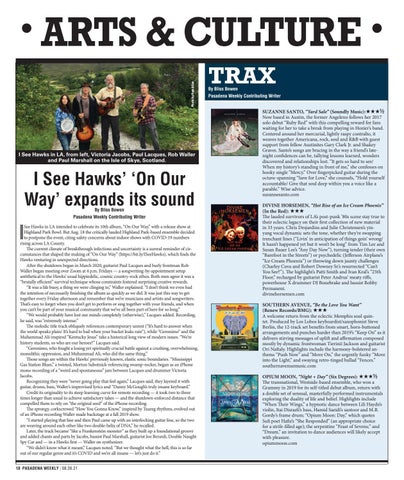 I See Hawks in LA, from left, Victoria Jacobs, Paul Lacques, Rob Waller and Paul Marshall on the Isle of Skye, Scotland.

See Hawks in LA intended to celebrate its 10th album, “On Our Way,” with a release show at Highland Park Bowl. But Aug. 18 the critically lauded Highland Park-based ensemble decided to postpone the event, citing safety concerns about indoor shows with COVID-19 numbers rising across LA County. The current climate of breakthrough infections and uncertainty is a surreal reminder of circumstances that shaped the making of “On Our Way” (https://bit.ly/ISeeHawks), which finds the Hawks venturing in unexpected directions. After the shutdown began in March 2020, guitarist Paul Lacques and burly frontman Rob Waller began meeting over Zoom at 4 p.m. Fridays — a songwriting-by-appointment setup antithetical to the Hawks’ usual hippiedelic, cosmic country-rock ethos. Both men agree it was a “brutally efficient” survival technique whose constraints fostered surprising creative rewards. “It was a life buoy, a thing we were clinging to,” Waller explained. “I don’t think we even had the intention of necessarily finishing the album as quickly as we did. It was just this way to get together every Friday afternoon and remember that we’re musicians and artists and songwriters. That’s easy to forget when you don’t get to perform or sing together with your friends, and when you can’t be part of your musical community that we’ve all been part of here for so long.” “We would probably have lost our minds completely (otherwise),” Lacques added. Recording, he said, was “extremely intense.” The melodic title track obliquely references contemporary unrest (“It’s hard to answer when the world speaks plain/ It’s hard to bail when your bucket leaks rain”), while “Geronimo” and the Muhammad Ali-inspired “Kentucky Jesus” take a historical long view of modern issues. “We’re history students, so who are our heroes?” Lacques said. “Geronimo, who fought a losing yet spiritually crucial battle against a crushing, overwhelming, monolithic oppression, and Muhammad Ali, who did the same thing.” Those songs are within the Hawks’ previously known, elastic sonic boundaries. “Mississippi Gas Station Blues,” a twisted, Morton Subotnick-referencing swamp-rocker, began as an iPhone mono recording of a “weird and spontaneous” jam between Lacques and drummer Victoria Jacobs. Recognizing they were “never going play that feel again,” Lacques said, they layered it with guitar, drums, bass, Waller’s improvised lyrics and “Danny McGough’s truly insane keyboard.” Credit its originality to its steep learning curve for remote recording — it took two to three times longer than usual to achieve satisfactory takes — and the shutdown-enforced distance that compelled them to rely on “the original seed” of the iPhone recording. The sprongy, corkscrewed “How You Gonna Know,” inspired by Tuareg rhythms, evolved out of an iPhone recording Waller made backstage at a fall 2019 show. “I started playing that line and then Paul came up with an interlocking guitar line, so the two are weaving around each other like two double-helix of DNA,” he recalled. Later, the track became “like a Frankenstein monster” as they built up a foundational groove and added chants and parts by Jacobs, bassist Paul Marshall, guitarist Joe Berardi, Double Naught Spy Car and — in a Hawks first — Waller on synthesizer. “We didn’t know what it meant,” Lacques noted. “But we thought what the hell, this is so far out of our regular genre and it’s COVID and we’re all insane — let’s just do it.”

SUZANNE SANTO, “Yard Sale” (Soundly Music):HHH½ Now based in Austin, the former Angeleno follows her 2017 solo debut “Ruby Red” with this compelling reward for fans waiting for her to take a break from playing in Hozier’s band. Centered around her mercurial, lightly raspy contralto, it weaves together Americana, rock, soul and R&amp;B with guest support from fellow Austinites Gary Clark Jr. and Shakey Graves. Santo’s songs are bracing in the way a friend’s latenight confidences can be, tallying lessons learned, wonders discovered and relationships lost. “It gets so hard to see/ When my history’s standing in front of me,” she confesses on hooky single “Mercy.” Over fingerpicked guitar during the octave-spanning “Save for Love,” she counsels, “Hold yourself accountable/ Give that soul deep within you a voice like a parable.” Wise advice. suzannesanto.com DIVINE HORSEMEN, “Hot Rise of an Ice Cream Phoenix” (In the Red): HHH The lauded survivors of LA’s post-punk ’80s scene stay true to their eclectic legacy on their first collection of new material in 33 years. Chris Desjardins and Julie Christensen’s yinyang vocal dynamic sets the tone, whether they’re swapping trenchant lines (“Livin’ in anticipation of things goin’ wrong/ It hasn’t happened yet but it won’t be long” from Tim Lee and Susan Bauer Lee’s “Any Day Now”), turning tender (their own “Barefoot in the Streets”) or psychedelic (Jefferson Airplane’s “Ice Cream Phoenix”) or throwing down jaunty challenges (Charley Cuva and Robert Downey Sr.’s resurrected “Can’t You See?”). The highlight’s Patti Smith and Ivan Kral’s “25th Floor,” recharged by guitarist Peter Andrus’ meaty riffs, powerhouse X drummer DJ Bonebrake and bassist Bobby Permanent. divinehorsemen.com SOUTHERN AVENUE, “Be the Love You Want” (Renew Records/BMG): HHH A welcome return from the eclectic Memphis soul quintet. Produced by Los Lobos keyboardist/saxophonist Steve Berlin, the 12-track set benefits from smart, horn-buttoned arrangements and punches harder than 2019’s “Keep On” as it delivers stirring messages of uplift and affirmation composed mostly by dynamic frontwoman Tierinii Jackson and guitarist Ori Naftaly. Highlights include the harmony-bolstered anthems “Push Now” and “Move On,” the urgently funky “Move into the Light,” and swaying retro-tinged ballad “Fences.” southernavenuemusic.com OPIUM MOON, “Night + Day” (Six Degrees): HHH½ The transnational, Westside-based ensemble, who won a Grammy in 2019 for its self-titled debut album, return with a double set of sensual, masterfully performed instrumentals exploring the duality of life and belief. Highlights include “When Their Wings,” a hypnotic dance between Lili Haydn’s violin, Itai Disraeli’s bass, Hamid Saeidi’s santoor and M.B. Gordy’s frame drum; “Opium Moon: Day,” which quotes Sufi poet Hafiz’s “She Responded” (an appropriate choice for a strife-filled age); the serpentine “Feast of Sevens;” and “Dream,” an invitation to dance audiences will likely accept with pleasure. opiummoon.com 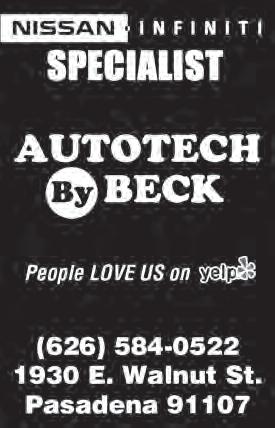 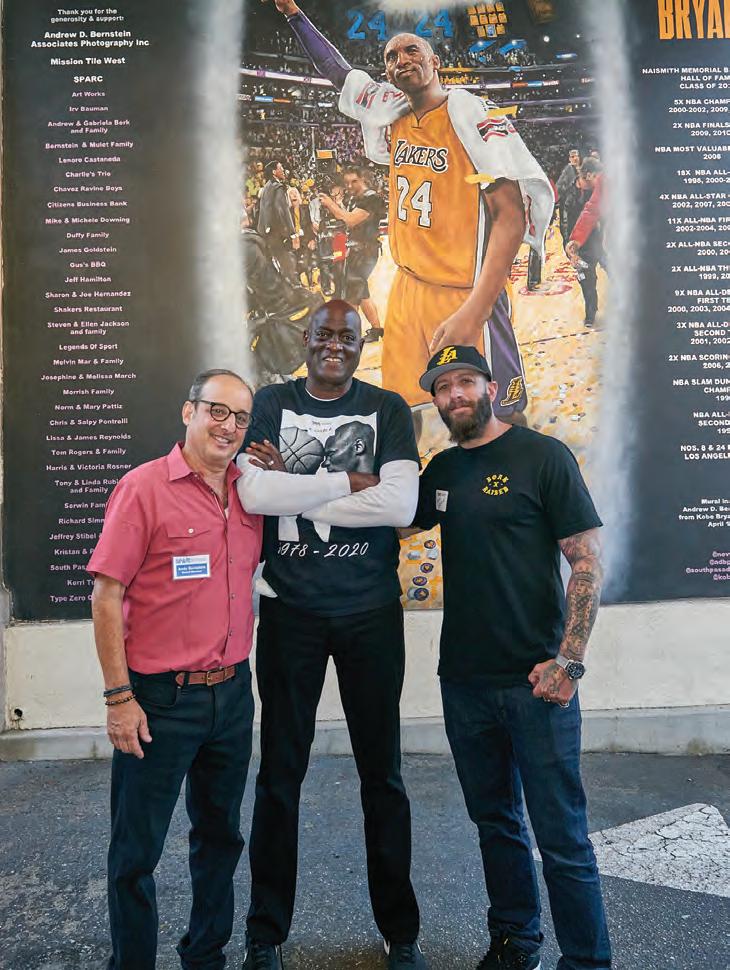 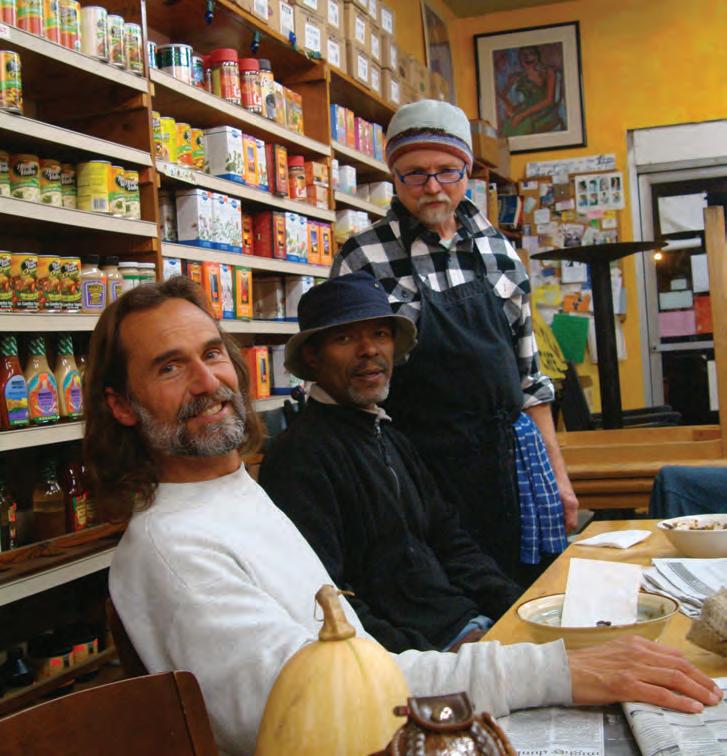 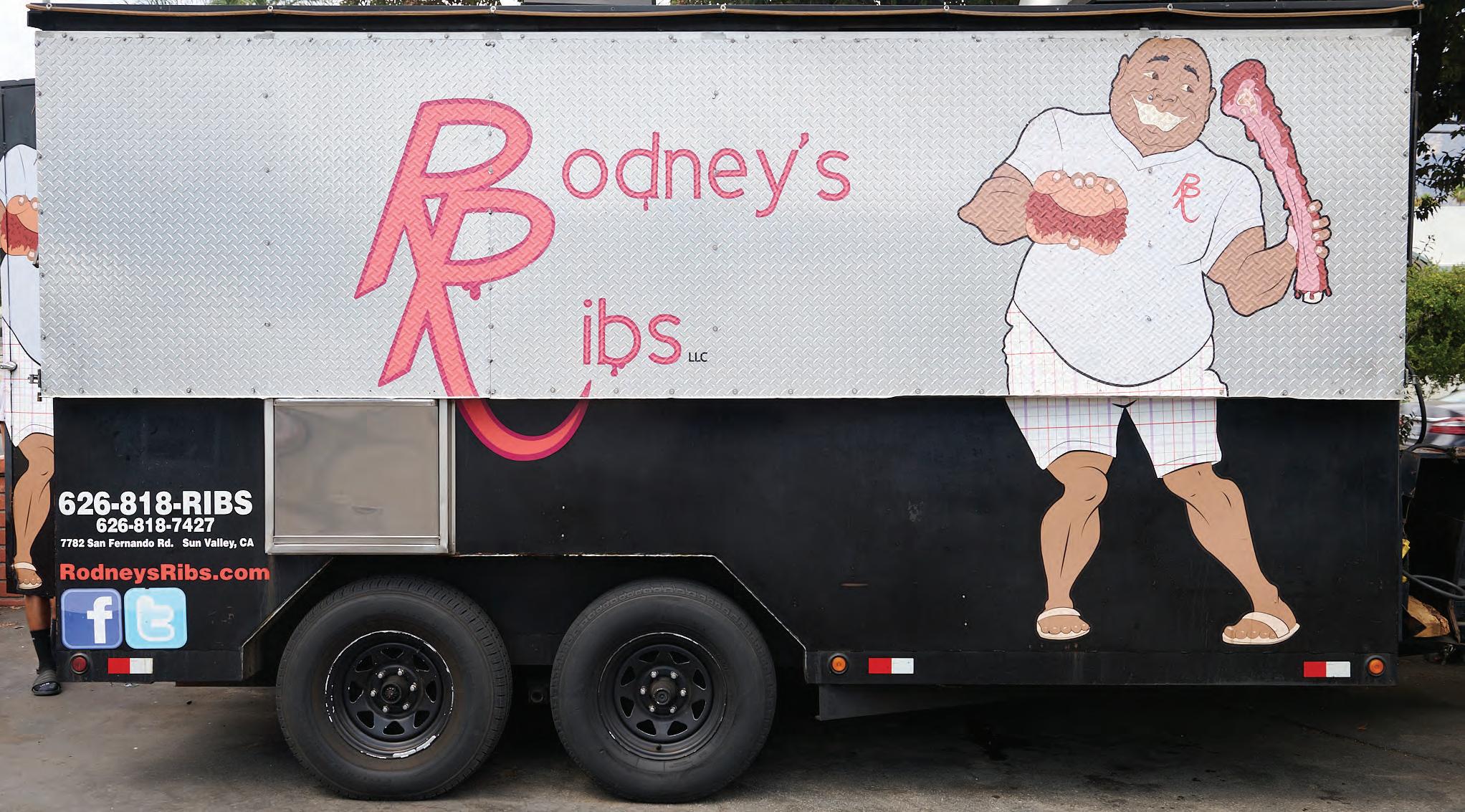 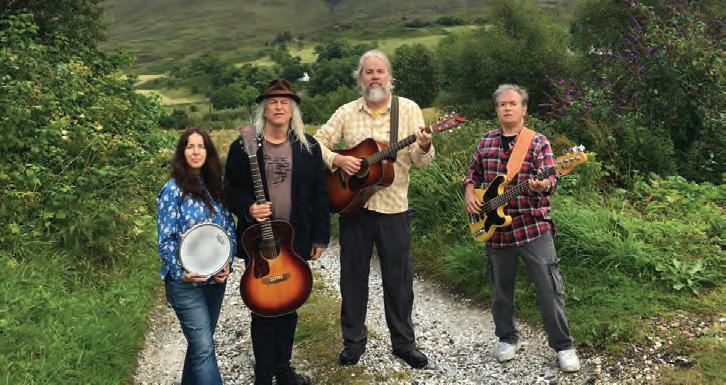