Committed to fairness: regulating the regulators to level the playing field for internationally educated professionals 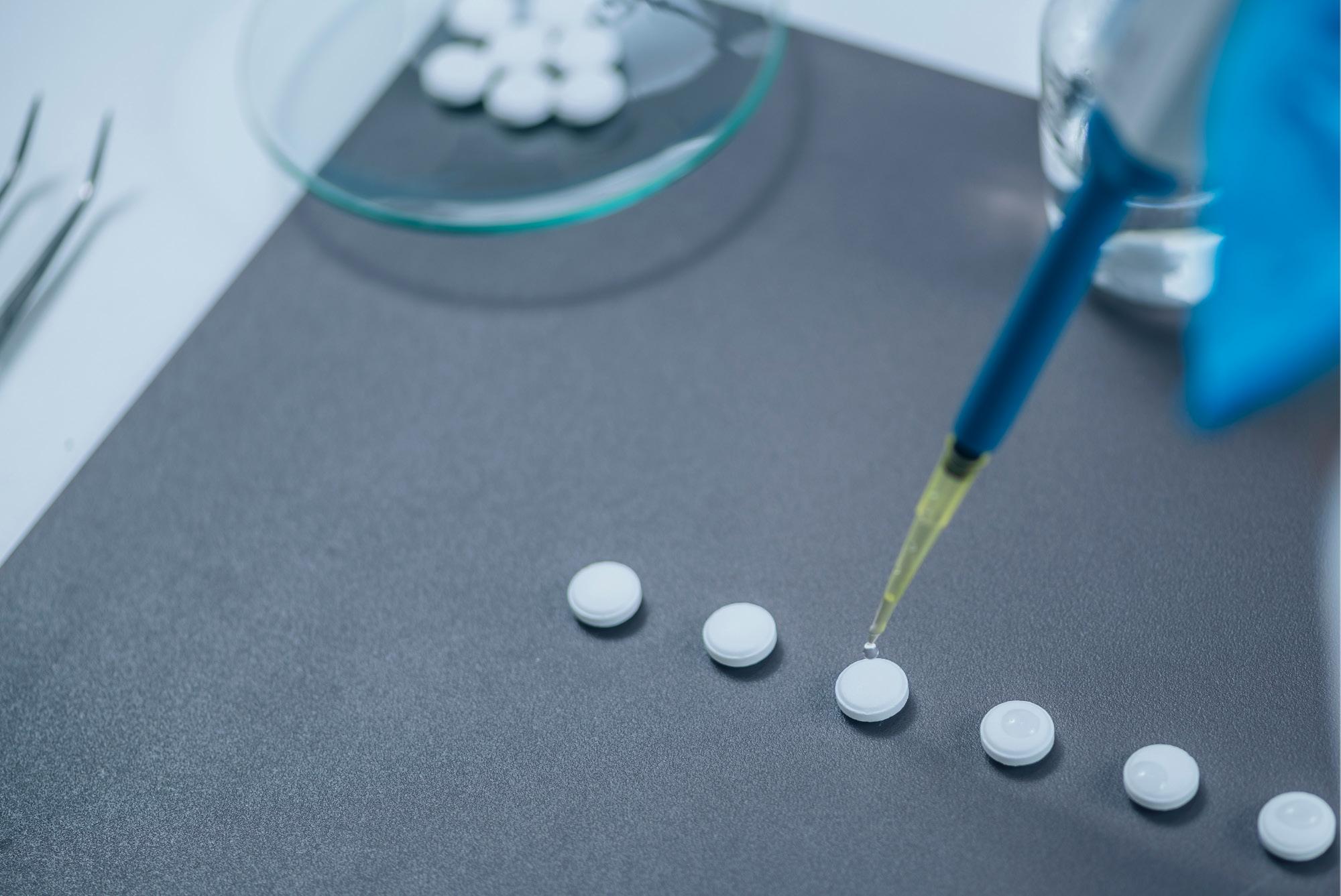 Is a self-regulatory framework...

By Trisha Richards | The Registrar

In some well-developed countries, there’s an overarching belief among inhabitants that they are afforded a more refined professional environment, says André Gariépy, Quebec’s Commissioner for Admission to Professions.

Fairness legislation is enforced, improving the integrity of assessment and registration practices for internationally educated applicants and enhancing registration outcomes and timelines for this group.

In Canada, for instance, “in the health profession, we have a sophisticated health system with lots of technology,” explains Gariépy. “While, in some countries, there’s less technology, but the knowledge is as good as, or even better than, what we have.”

Gariépy says this kind of experience gap can cost newcomers the prospect of thriving in Canada when attempting to enter a profession they’ve practiced skillfully at great length abroad. Fair access legislation at the provincial level is intended to provide equal opportunities for domestically and internationally educated professionals. “We need to be conscious of the fact that the way we do things in Canada might be a good way to do things, but when you have that certainty to a point where you don’t see other ways of doing things as valuable, then you don’t have an open mind to other ways to reach the same objective of being competent to practice a profession,” says Gariépy, “We’re not superior; we’re simply different.”

In Canada, six officials are responsible for fair access legislation in Ontario, Manitoba, Quebec, Nova Scotia, British Columbia, and Alberta. The roles are titled differently, and the scope of oversight varies depending on the province, but the unifying theme is the need to ensure that the process of getting skilled people doing important jobs is non-discriminatory and efficient. To accomplish this, fairness legislation is enforced, improving the integrity of assessment and registration practices for internationally educated applicants and enhancing registration outcomes and timelines for this group.

“One of the motivations for setting up this office was to address some of the unique challenges of newcomers who want to join professions and trades in this province,” explains Ontario Fairness Commissioner (OFC) Irwin Glasberg, adding that Ontario was the first province to adopt fairness legislation nearly 16 years ago. “Our immigration policies welcome the best and brightest from other countries to come to Canada, and there’s a particular emphasis on identifying well-trained, skilled and educated individuals.”

Upon arrival in Canada, internationally trained professionals naturally seek to make a living applying the trade or profession for which they were trained in their home countries. Since newcomers arrive from various countries with differing standards, there’s a process for registration into fields of employment that involves regulators testing and assessing proficiencies and competencies. “Unless this is done thoughtfully and professionally, you’ll have many people who will never achieve their aspirations in this country, which is both a tragedy for them and their families from a social perspective, but also discounts their skills as contributors to the Canadian economy,” says Glasberg. Beyond that, it limits Canada’s labour potential.

An arm’s-length agency of the Ontario government that once reported to the Minister of Citizenship, Immigration and International Trade, Glasberg’s office currently reports to the Ministry of Labour, Training and Skills Development and oversees the registration practices of 40 regulators, 26 of which are health colleges. The OFC office is independent of its regulated professions and trades.

In principle, there’s no reason why additional industries, like those regulated by delegated administrative authorities, couldn’t be added to the professions under OFC’s oversight. “In the future, this could be something that occurs,” says Glasberg. “At the moment, we have our hands full.” He adds that professions and health colleges that are the initial focus of Ontario’s fairness legislation tend to be much more established economic groupings. For example, nurses, physicians, engineers, and teachers are likely to have analogous educational programs and recognition of professionals in other countries.

The OFC’s mandate includes assessing the registration processes of regulated professions and initiating audits; advising regulatory bodies about their registration processes and setting guidelines for yearly reporting obligations; and advising provincial government ministries about issues relating to the professions and compulsory trades in their portfolios. “Our legislation precludes us from getting involved in individual complaints. That’s the domain of the professional regulator,” explains Glasberg. “We get involved if we see systemic issues coming up again and again, and that’s when we would engage one of the regulators.”

A Different Approach to Fair Access in British Columbia

Fairness legislation in British Columbia is enforced by the Office of the Superintendent of Professional Governance (OSPG), which has authority to carry out various functions as required or authorized by BC’s Professional Governance Act (PGA). The superintendent, Paul Craven, is head of the OSPG and responsible for oversight of systemic or general matters relating to professional governance of the regulatory bodies under the PGA.

“Our office is a broader oversight body of professions, but for a limited number of professions,” explains Craven. “The Professional Governance Act doesn’t distinguish between professions… it sets out the entire regulatory authority for those entities under one Act.”

The OSPG was established in June 2019 to implement the PGA and prepare to oversee the five regulatory bodies under the PGA, which was fully brought into force in February 2021. “What’s new is that we provide an oversight function for the regulatory body in all of its areas of regulatory authority, not just credentials,” says Craven. “This includes complaints and discipline, continuing education, all those other elements.”

Through a Professional Governance Advisory Committee, the OSPG strives to bring together ministries in government and the regulatory bodies under its purview. “What one does affects the other,” explains Craven. “You need that dialogue going on, and we’re responsible for making sure that happens.”

British Columbia’s new Act also emphasizes a broader statutory duty to report unprofessional or unsafe activities. “We’re promoting transparency in governance and access to registrant information and setting broad standards there to develop public trust and get that higher level of professional accountability,” says Craven. “We’re a bit of a different creature than the fairness commissioner approach.”

Seeking to Bolster Growth in Manitoba with Fair Registration Practices

In Manitoba, the Fair Registration Practices in Regulated Professions Act was introduced in 2009 and applies to 30 self-regulated professions, 21 of which are health related. The Act shares a strong resemblance to Ontario’s fairness legislation. However, there are notable differences: Manitoba’s Fairness Commissioner currently reports to the minister responsible for the legislation; the list of professions subject to the legislation is smaller; and there are presently no order making powers in Manitoba’s Act. However, “some significant amendments to the Act are currently awaiting third reading,” says Acting Manitoba Fairness Commissioner Amanda Kletke-Neufeld.

A renewed interest by Manitoba to make more progress in ensuring qualified professional newcomers have access to their professions—thereby mitigating shortages of skilled practitioners in the community—motivated amending its fairness legislation in 2020/2021. Changes to the new legislation include new duties for the professions to 1) ensure assessment and registration requirements are necessary; 2) take reasonable measure to work with educators and employers to ensure remedial opportunities; and 3) abide by labour mobility legislation. Currently, the amended legislation is at the committee stage.

“The amended legislation strengthens the Act with the introduction of ministerial authority to issue compliance orders,” explains Kletke-Neufeld. “It also becomes more effective by transitioning the office into the Department of Economic Development and Jobs,supporting a more integrated and coordinated approach across the provincial government to work in collaboration with professions for progress.”

The stakes are high for Manitoba’s growth as much as for its multicultural values, says Kletke-Neufeld. She says that while improvements have been realized since the Office of the Fairness Commissioner was established, significant systemic change is called for in many professions. “We need better strategies for recognition and more accommodating pathways to registration that allow professional newcomers an opportunity to learn, adapt, and fit-in,” she adds. “If those opportunities are available prior to an internationally educated applicant completing the licensing process, all the better.”

The Office of the Commissioner for Admission to Professions was created in Quebec in 2009 and has been led by André Gariépy since its inception. In addition to receiving and examining complaints and making recommendations on situations brought to their attention, Gariépy’s office takes a broad look at the admissions processes of professions, including access to the academic and practical training required for the recognition of competencies. Close to 55 professions overseen by 46 regulatory bodies comprise Quebec’s Professional Code.

We need better strategies for recognition and more accommodating pathways to registration that allow professional newcomers an opportunity to learn, adapt, and fit-in.

The Office’s oversight extends to thirdparty involvement, including entities to which a regulator delegates work in order to use a particular expertise that helps assess different applications; universities and colleges that offer gap training; and private settings, such as law, accounting, or engineering firms that welcome interns. “If ever an internship program in a private setting doesn’t go well, I could be there to investigate what went wrong because that firm was part of the process of training and assessing an applicant for the licence to practice,” Gariépy says.

Each year, Gariépy and his provincial counterparts meet to exchange knowledge of issues and share best practices at an informal event they coordinate called the Regulatory Oversight Forum.

“Working with other fairness commissioners and provincial departments across the country is critical for our work to be effective,” says Kletke-Neufeld. As a constitutional matter, occupations are regulated by province or territory; however, most professions rely on national, third-party bodies to conduct assessments—this is often where many of the issues surrounding the fair assessment practices of internationally educated applicants lie, she explains. “Manitoba regulators have a voice with their national body, but it’s one of many,” Kletke-Neufeld continues. “Raising issues with these national bodies in concert with other provinces is a key strategy to better influence change.” Gariépy adds, “It’s important for provincial oversight entities to communicate with each other so we won’t be played against each other and we’ll have the full scope of the issues nationwide.”

In many cases, provinces that don’t have fairness legislation have an office linked to labour or labour mobility; however, these provinces don’t have direct oversight of professional regulators by a general or specific oversight entity, and don’t participate in the annual Regulatory Oversight Forum, Gariépy explains. Nonetheless, “Alberta joined the club and, in some ways, BC, too,” says Gariépy. “I won’t be surprised if other provinces contemplate having (more distinct) oversight of regulators.”