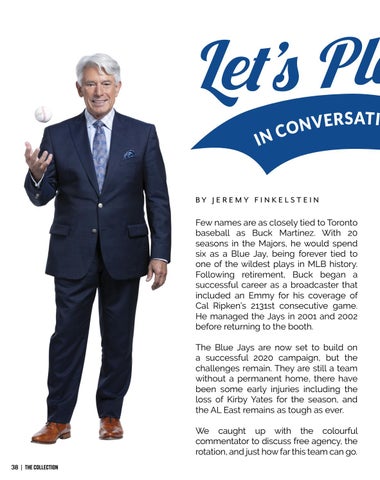 BY JEREMY FINKELSTEIN Few names are as closely tied to Toronto baseball as Buck Martinez. With 20 seasons in the Majors, he would spend six as a Blue Jay, being forever tied to one of the wildest plays in MLB history. Following retirement, Buck began a successful career as a broadcaster that included an Emmy for his coverage of Cal Ripken’s 2131st consecutive game. He managed the Jays in 2001 and 2002 before returning to the booth. The Blue Jays are now set to build on a successful 2020 campaign, but the challenges remain. They are still a team without a permanent home, there have been some early injuries including the loss of Kirby Yates for the season, and the AL East remains as tough as ever. We caught up with the colourful commentator to discuss free agency, the rotation, and just how far this team can go. 38 | the COLLECTION 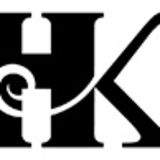