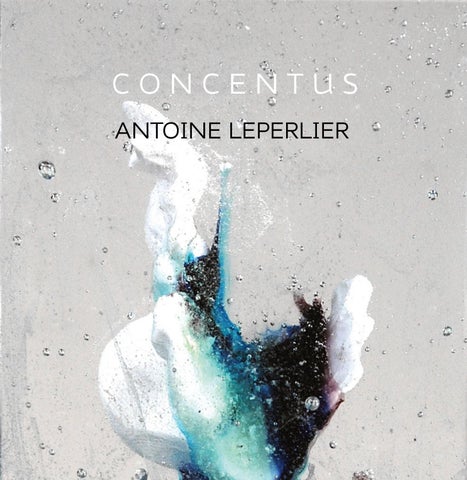 Concentus presents a new body of work from the renowned French glass and porcelain artist Antoine Leperlier. Latin for ‘harmony’ Concentus explores the similarities and differences between glass and ceramic, both of which are combined in Antoine’s work to create beautiful sculptural pieces that encapsulate a moment trapped in time.

‘Painting with glass has long been a project that has led me to implement techniques that are conducive to spontaneous realisations. Thus in my latest works, unpredictable 3D images arise. Their possibility, which I hope will eventually coincide with a sort of silent inner expectation, depends essentially and paradoxically on a technical controlled framework that anticipates the place which fate, at some point and quite freely, is going to take in the process of creation. I try to give fate its chance by trusting it and assigning it a place; a status in the very course of my creative process. These three-dimensional images, emerging from chaos, are determined by the nature of the glass and are petrified after the fire has done its work. While the concept often precedes the work, for me the project remains what is to come, or to become. This uncertainty of the mutating form gives density to the elusive and enigmatic moment of the present moment – ‘nunc fluans, nunc stans’ - that instant, of which I have always thought that of all materials glass was undoubtedly the most capable of reporting. At the very heart of the glass is the form of oxymoron images, this impossible synthesis of the two contradictory states. The present moment&#39;s flux and the fixed. Stability and agitation, rest and chaos, infinite instantaneity, eternity in shifting appearances and disappearances.’ - Antoine Leperlier, 2017

&#39;There is a sort of consanguinity between glass and ceramic materials. I am currently working on combining them, giving extra special consideration to the symbolic dimension of their individual physio-chemical characteristics. Glass is an amorphous structure subject to flow and reversibility, whilst the ceramic material as static and irreversible. The &#39;fluid&#39; glass has connotations of time passing - a duration that one cannot grasp; whereas the &#39;fixed&#39; ceramic material relates to a fixed moment or memory.â&amp;#x20AC;&amp;#x2122; - Antoine Leperlier, 2017

â&amp;#x20AC;&amp;#x2DC;For me it is about tuning in to the clay and the glass - not as a matter, but as materials; because it is in the very process of giving them form that they reveal the meaning they carry. I continue to attempt to bring out these concealed notions of time.&#39; - Antoine Leperlier, 2017

ANTOINE LEPERLIER b.1953 Originally from Évreux in France, Antoine Leperlier started his apprenticeship in glass in 1968 under the watchful eye of his Grandfather François Décorchemont a master of the glass technique pâte de verre. Antoine continued to study philosophy and visual arts at the École du Louvre in Paris where he gained a postgraduate diploma in Visual Arts and Art Sciences (1972 - 1981). Followed by a period of his own technical research and intensive archival work on Décorchemont’s papers, he began to exhibit internationally from 1982. Represented in over thirty major international glass collections, Antoine has won a number of international awards. He was shortlisted for the Bombay Sapphire Prize in 2005 and gained honorary fellowships from Shanghai Institute of Visual Art and Plymouth College of Art in 2014.