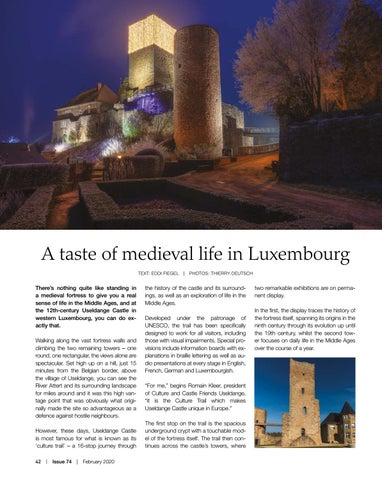 There’s nothing quite like standing in a medieval fortress to give you a real sense of life in the Middle Ages, and at the 12th-century Useldange Castle in western Luxembourg, you can do exactly that. Walking along the vast fortress walls and climbing the two remaining towers – one round, one rectangular, the views alone are spectacular. Set high up on a hill, just 15 minutes from the Belgian border, above the village of Useldange, you can see the River Attert and its surrounding landscape for miles around and it was this high vantage point that was obviously what originally made the site so advantageous as a defence against hostile neighbours. However, these days, Useldange Castle is most famous for what is known as its ‘culture trail’ – a 16-stop journey through 42  |  Issue 74  |  February 2020

the history of the castle and its surroundings, as well as an exploration of life in the Middle Ages. Developed under the patronage of UNESCO, the trail has been specifically designed to work for all visitors, including those with visual impairments. Special provisions include information boards with explanations in braille lettering as well as audio presentations at every stage in English, French, German and Luxembourgish. “For me,” begins Romain Kleer, president of Culture and Castle Friends Useldange, “it is the Culture Trail which makes Useldange Castle unique in Europe.” The first stop on the trail is the spacious underground crypt with a touchable model of the fortress itself. The trail then continues across the castle’s towers, where

two remarkable exhibitions are on permanent display. In the first, the display traces the history of the fortress itself, spanning its origins in the ninth century through its evolution up until the 19th century, whilst the second tower focuses on daily life in the Middle Ages over the course of a year. 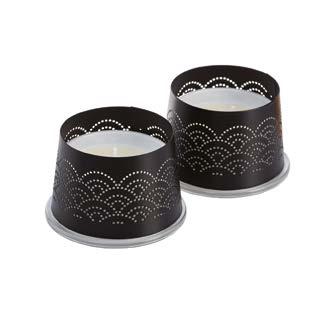 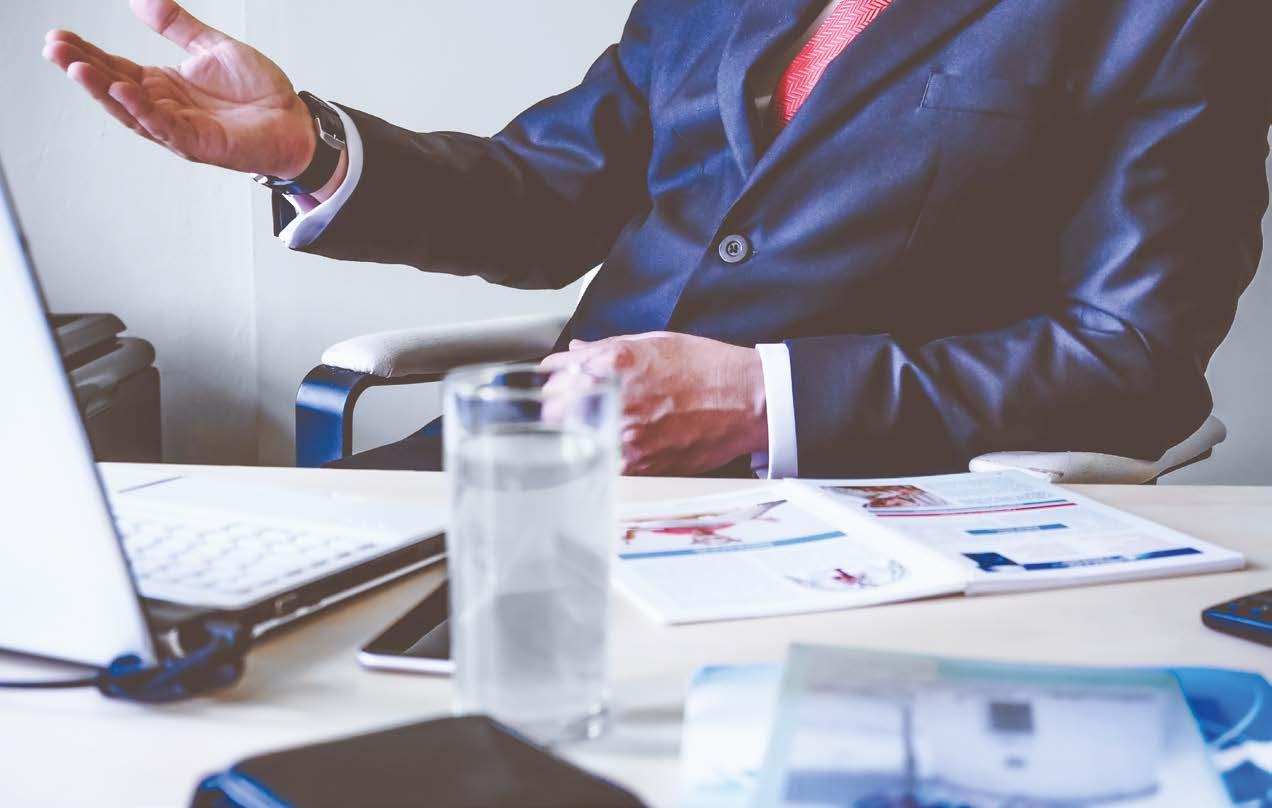 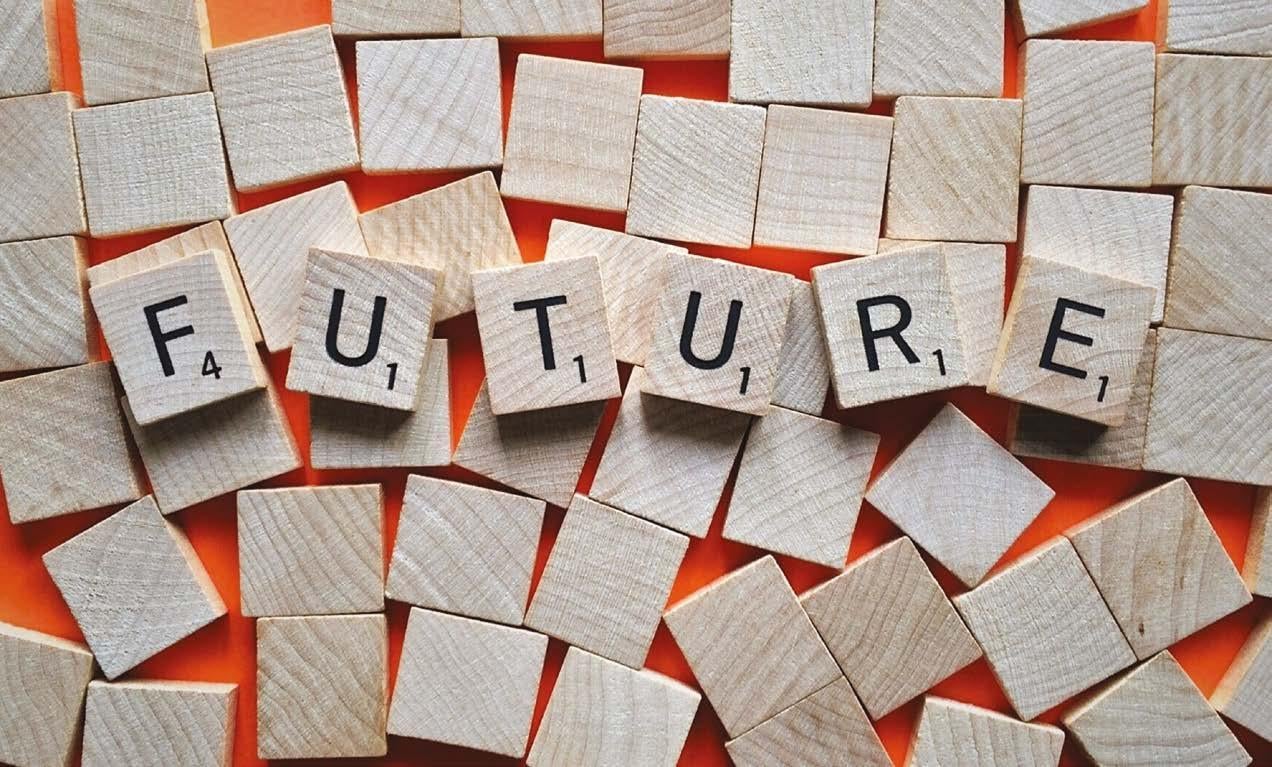 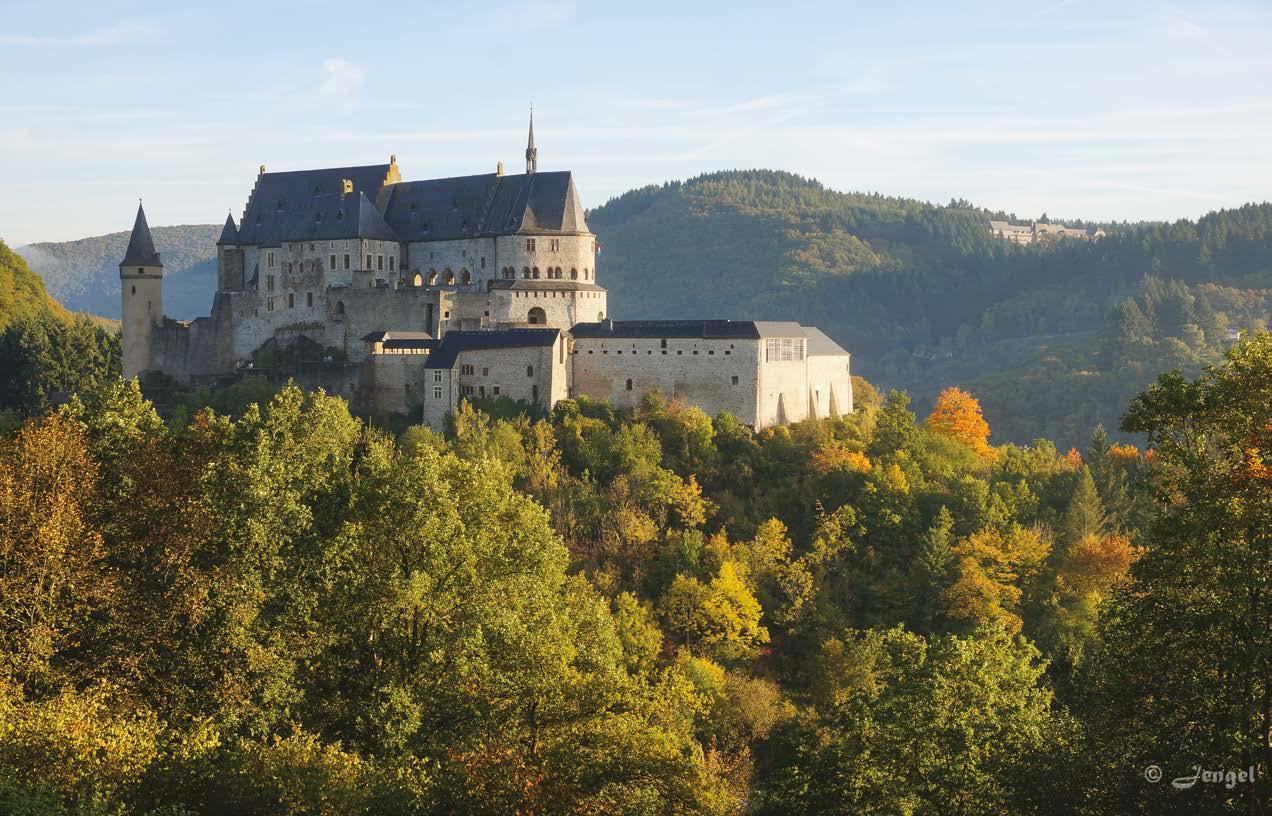 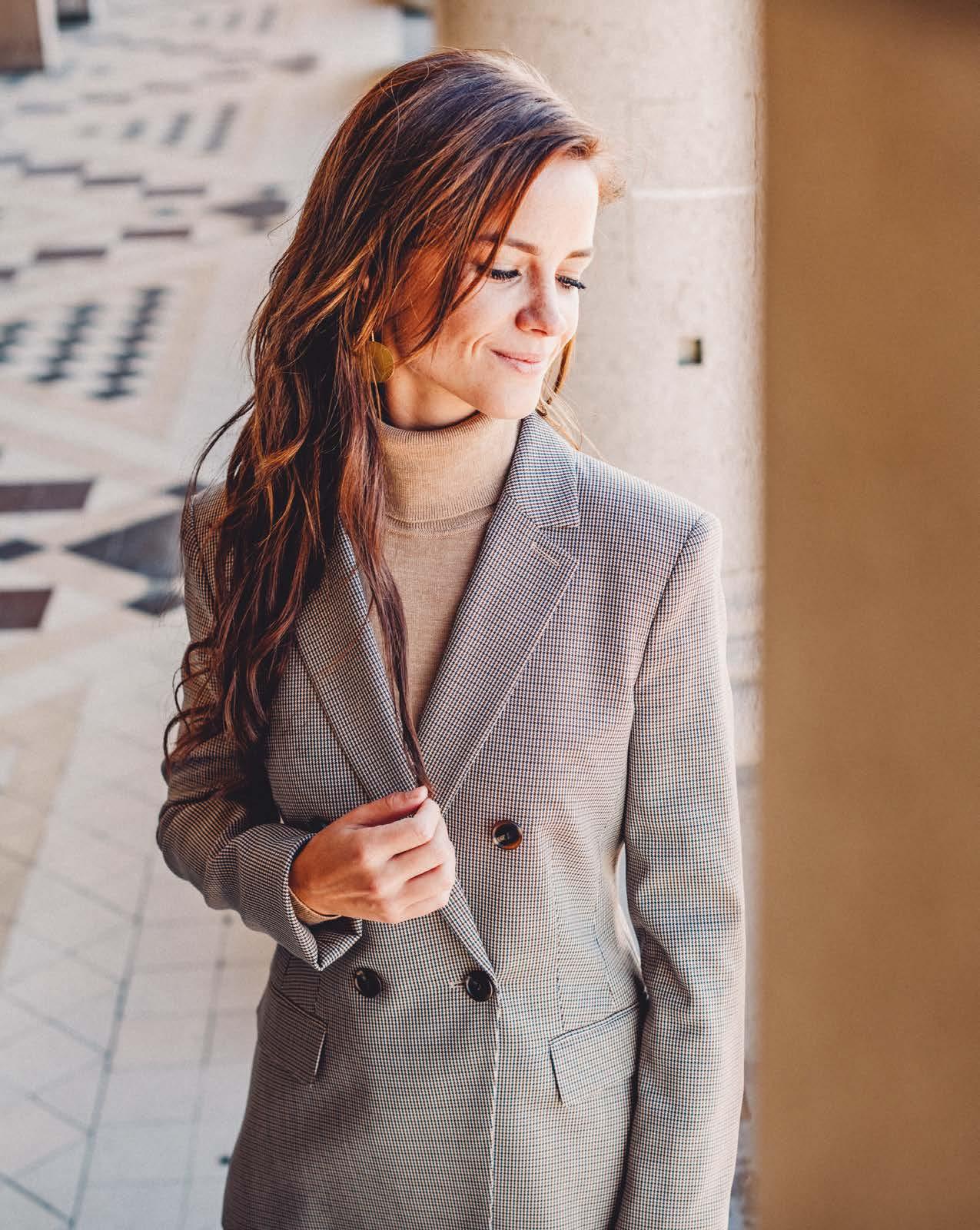 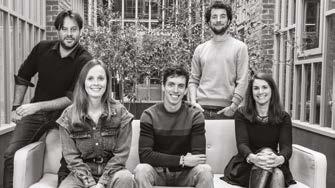 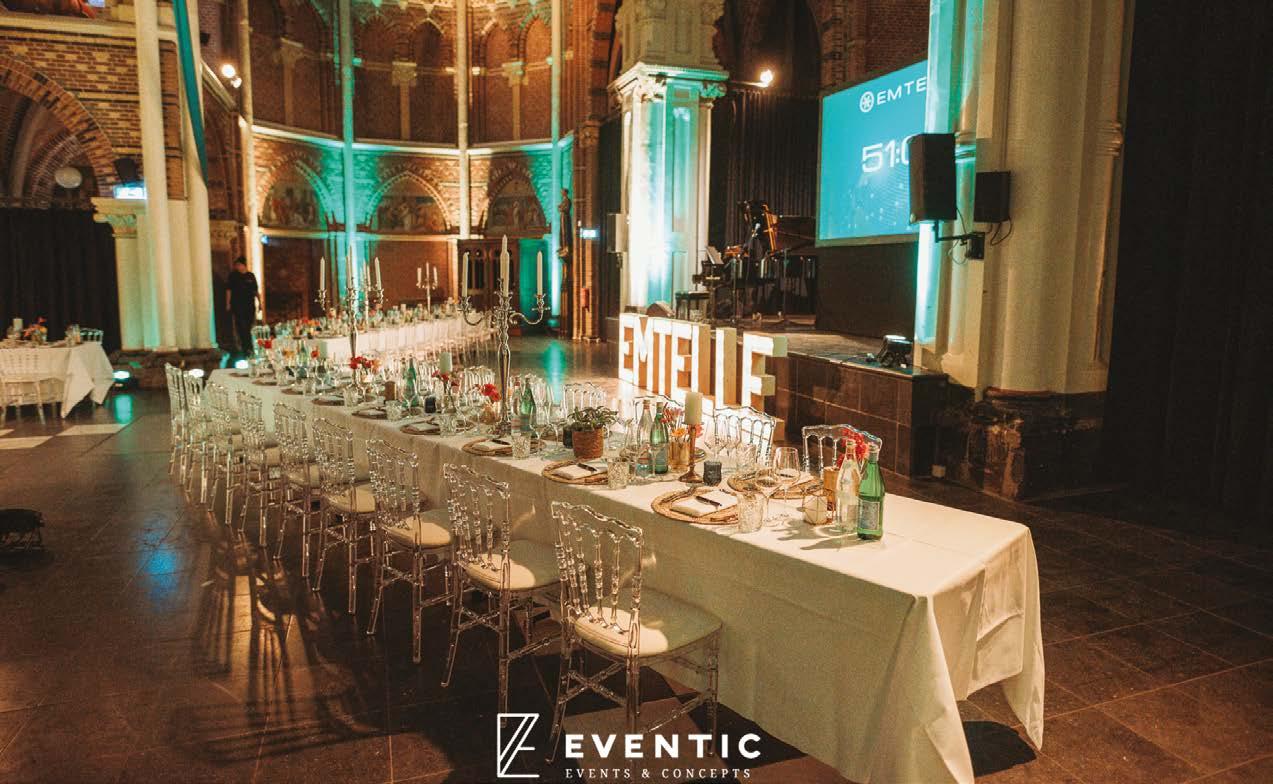 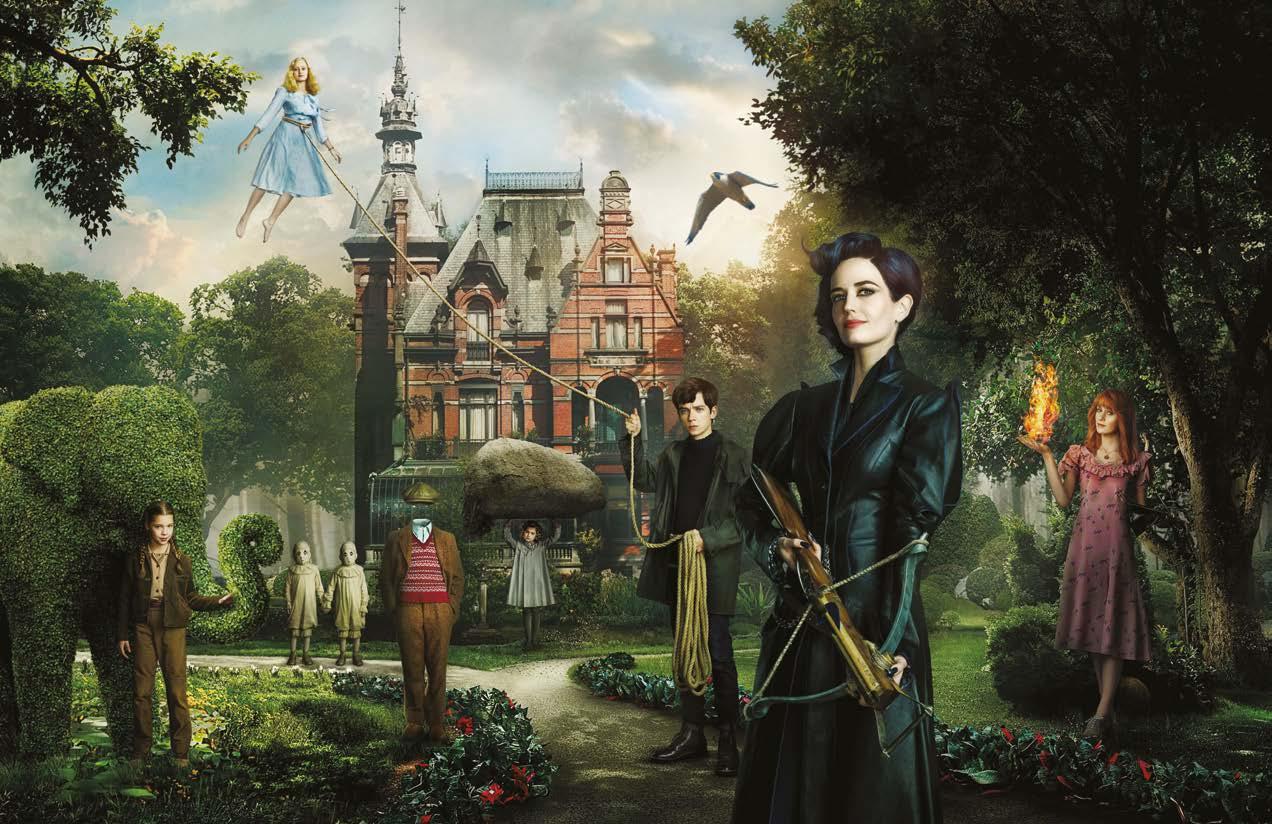 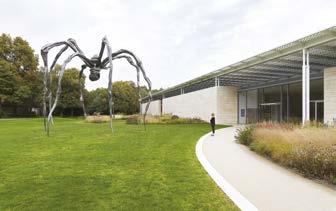