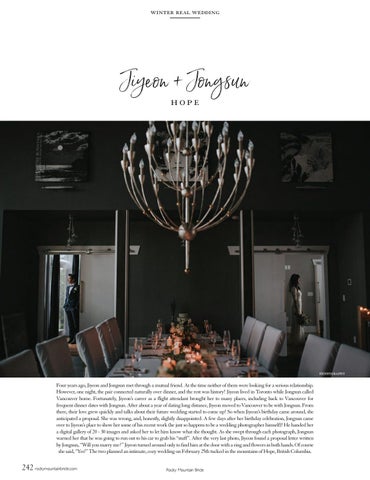 Four years ago, Jiyeon and Jongsun met through a mutual friend. At the time neither of them were looking for a serious relationship. However, one night, the pair connected naturally over dinner, and the rest was history! Jiyeon lived in Toronto while Jongsun called Vancouver home. Fortunately, Jiyeon’s career as a flight attendant brought her to many places, including back to Vancouver for frequent dinner dates with Jongsun. After about a year of dating long distance, Jiyeon moved to Vancouver to be with Jongsun. From there, their love grew quickly and talks about their future wedding started to come up! So when Jiyeon’s birthday came around, she anticipated a proposal. She was wrong, and, honestly, slightly disappointed. A few days after her birthday celebration, Jongsun came over to Jiyeon’s place to show her some of his recent work (he just so happens to be a wedding photographer himself)! He handed her a digital gallery of 20 - 30 images and asked her to let him know what she thought. As she swept through each photograph, Jongsun warned her that he was going to run out to his car to grab his “stuff”. After the very last photo, Jiyeon found a proposal letter written by Jongsun, “Will you marry me?” Jiyeon turned around only to find him at the door with a ring and flowers in both hands. Of course she said, “Yes!” The two planned an intimate, cozy wedding on February 25th tucked in the mountains of Hope, British Columbia. 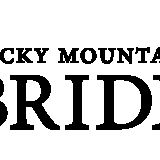