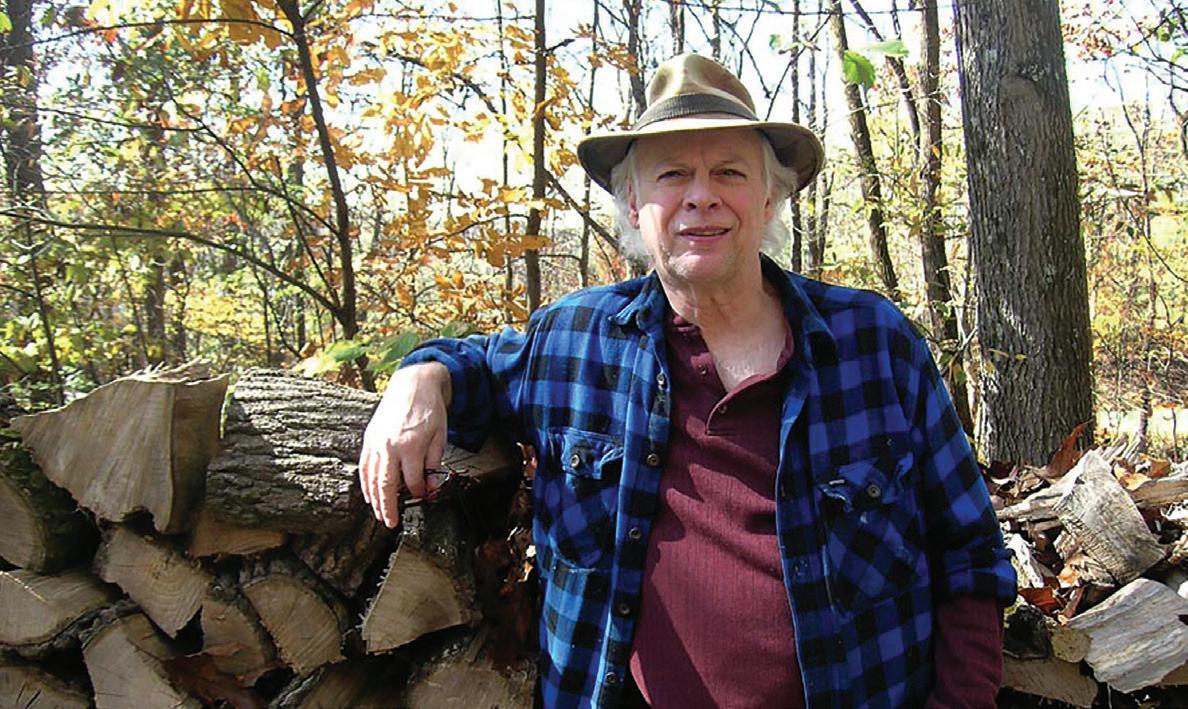 Within the vault of the permanent collection of the Brown County Art Gallery and Museum located at One Artist Drive are ten pieces by Leota Loop, who is perhaps Peaceful Valley’s best-known art teacher. Loop is admired among local art lovers who always visit her paintings when they are on exhibit. She is especially beloved by those whose lifespans overlap hers.

A native Hoosier daughter, Leota Williams was born on October 26, 1893 in Fountain City, and grew up in Elwood. She was the youngest of five siblings.

When she was ten years old, she sold her first sketch. With the inventiveness of childhood, she used materials at hand to create her art—grocers’ wrapping paper for canvas, chicken feathers for brushes, and bottles of ink for paint. As a teenager she painted flowers on women’s dresses for extra money. Her sketches won first place ribbons in the Madison County Fair.

She studied art at the Fairmont Academy with Olive Rush, who became well-known in the Southwest art world. Loop received further instruction and guidance from William Forsyth at the John Herron Art Institute; T.C. Steele, founder of the Hoosier Group; and Will Vawter; as well as Edward Stitzman in Morgan County and Randolph LaSalle Coats.

Landscapes were her primary subject until around 1927, when she needed to be near her sick father. Then she turned to painting florals using fresh bouquets from her own garden. She returned to landscapes after her father’s death and she could again visit southern Indiana between the seasons of blooming dogwood trees through the end of the colors of autumn foliage.

Loop was a well-known artist in Kokomo, where she resided for 30 years. In 1930 she was one of 15 charter members of the Philanthropic Educational Organization (PEO Chapter R), that helps women pursue higher education. She organized many junior art clubs throughout the state and was a member of the Indiana Artists Club, the Artists League, and the Brown County Art Gallery Association. She divided her time between Kokomo and studios in Morgan and Brown Counties.

From 1925 to 1958 she exhibited in the Hoosier Salon, where she won three prizes; and also the Artists League of Northern Indiana. She had her work displayed in the Mary A. Burnt galleries of the Women’s Department club in the Indiana Artist Club exhibit at L.S. Ayres, and in the Lieber’s and Lyman’s galleries in Indianapolis.

Loop was state art chairman of the Tri Kappa sorority, offering her Nashville home as headquarters. Governor Townsend purchased her still life painting “Iris and Peonies” for the governor’s mansion in 1937.

In Lyn Letsinger-Miller’s book, The Artists of Brown County, Loop’s career as an art teacher is described. It began when a minister’s wife asked her for painting lessons. This led to the realization of Loop’s dream to build a home and art school in 1941. Financed by the sale of her own paintings, the building would provide her with living quarters and a studio, plus accommodations for students. The project came to a halt mid-way when she ran out of money. Refusing her husband’s offer to fund the rest of the building, Leota had the carpenters dismissed. With a carload of her own paintings, she drove to Kokomo and returned after selling them all. Her building crew was rehired and the building completed. Each new expansion over the years was possible with the exchange of Loop’s paintings for money, work, and materials.

A stroke in the 1950s took the sight from one of her eyes, but did not take her dedication to her art. She continued to paint and give lessons. From her personal collection, she presented an oil painting of peonies to the state of Indiana in recognition of the adoption of the peony as the state flower.

Glenn Loop died in 1949 and a second husband, Charles W. Jewell, died in February of 1957. The last addition to her home was completed shortly before Loop’s final illness. She entered St. Vincent’s Hospital in Indianapolis on July 26, 1961 after suffering a paralyzing stroke. Holding onto life for several weeks, she died at 68 years of age.