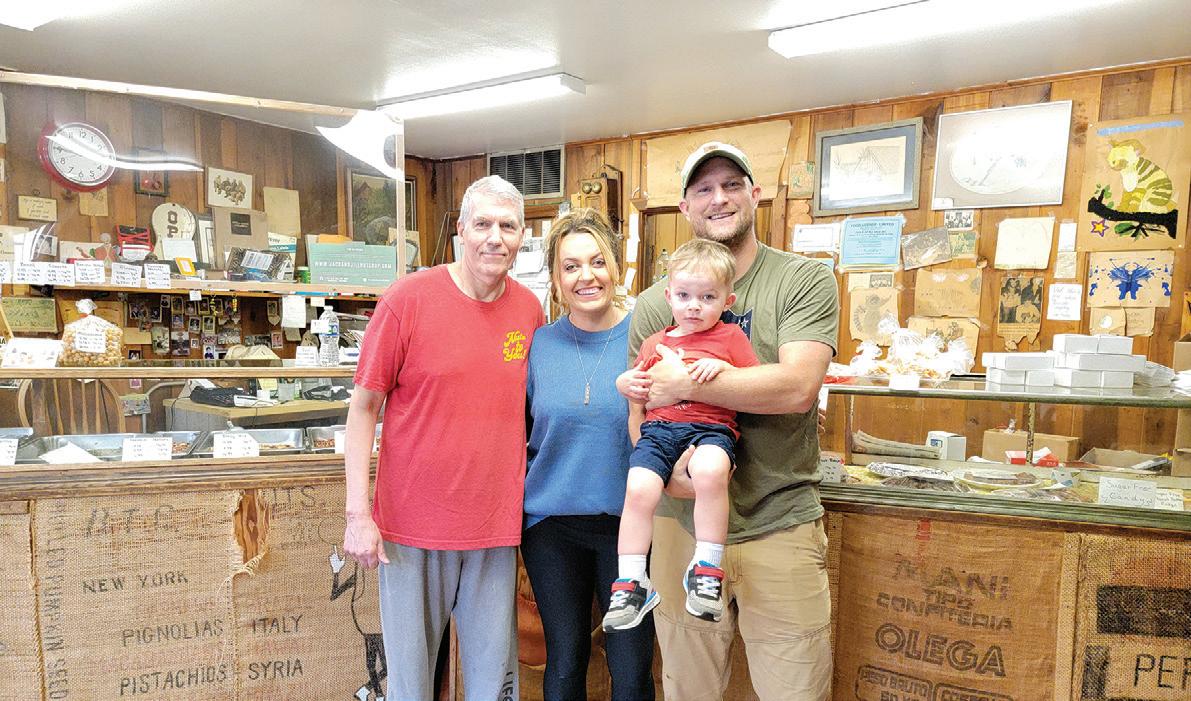 I can remember celebrating the holidays all the way back in the 1950s. Now, I’m hearing that just about anything from that time is referred to as “mid-century modern.” The 1950s were nothing if not modern.

It was a time when our culture was racing as fast as it could into the future, so as to put as much distance between the sorrows of World War II and the Great Depression and the “Now.” The era of the 1950s and ’60s started out being the Jet Age, overlaid with the Atom Age, and then quickly morphed into the Space Age.

My own personal nuclear family (that’s a little nod to the Atom Age) was somewhat more traditional than modern. In fact, our house was 100% furnished in the “Early American” style. We even had pots and pans in the kitchen labeled “Revere Ware.” We had “Ethan Allen” furniture. Paul Revere and Ethan Allen would have felt right at home there.

When Christmas came around we had to have a real tree—the bigger the better with Early American decorations. But I do remember an Uncle and Aunt had jumped on the rocket to modernity. They were the first people, I knew, who invested in a shiny aluminum tree with monochrome baubles and a tri-color projector which, with the room lights turned off, produced an early version of a psychedelic experience.

As time passed, I went to the University where I majored in having a good time and protesting the war de jour and consequently I flunked out. Having flunked out, I lost my college deferment and wound up being sent to the afore mentioned war. Well, I didn’t kill anybody and they didn’t kill me. I came home but home wasn’t the same.

Or, maybe I wasn’t the same. I wanted life, the universe, and everything in it to start having a little more substance and meaning. I figured that the only way that would happen is if I gave it more meaning. It was hard to know where to start.

I was more and more convinced that doing things and making things was the secret to having more meaning and substance in life. Holidays sort of amplified those feelings. I mean, a turkey TV dinner was not gonna cut it when it came to holiday feasting.

When Thanksgiving rolls around, there is no substitute for a house full of family and friends for a traditional feast. My memories are built around the smells and tastes of slow-cooked, home canned green beans with onions, pickled beets, mashed potatoes, persimmon pudding made with wild gathered ’simmons—and, of course, the king of the table, the turkey.

I diverted from the traditional feast in that I never harvested my own wild turkey. I did look into it. I realized that by the time I procured a shotgun, a Ghillie suit, turkey call, and hunting permit, the turkey would come in at about $56 dollars a pound. That is if I got a turkey. So I learned to accept and celebrate Mr. Butterball.

There is meaning in sitting at a table of old folks that you have grown up with and young people who are growing up with you, telling and listening to the old stories of a shared history. I think that is what the holidays are for.

Sharing traditional foods with the people around us while sharing our stories fixes those stories so they can live on in our communities.

Then Christmas rolls around and we get to have another feast and get together.

I liked to go out to our part of the woods or a neighbor’s Christmas tree farm and find the right tree to cut and bring home. I would trim some of the branches to give it some semblance of symmetry and then set it up in the cabin. We would then decorate it with heirloom baubles and handcrafted decorations made by friends and local crafts people. We would use some of the branches that were cut off the tree to decorate the place.

Then it was time to have a party.

For me, the party was the thing that that made it possible to get through the deeps of winter to come. We would invite our friends and there would be a cheery fire in the wood stove. There would be cider and all manner of adult beverages and happy socializing.

Then guitars, banjos, fiddles, basses, and jugs would appear. Music would happen. It always seemed that just when midnight rolled around folks would take their leave amid hugs and kisses and wishes for a Merry Christmas. The fire in the stove would die down and the quiet of the woods would descend. There was meaning in all of that.