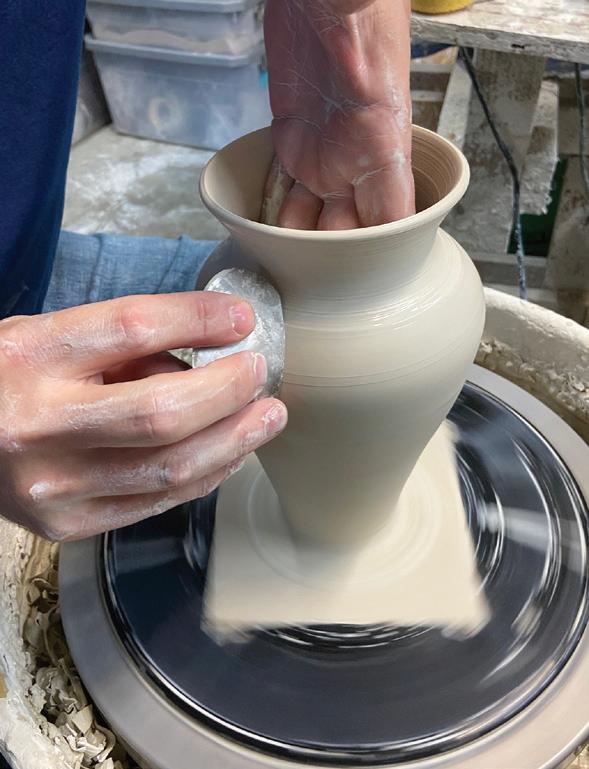 A man who listened

As the holidays draw near, a lot of old timers in Brown County remember and miss the annual Christmas Show at the Brown County Inn, spearheaded by the late Slats Klug. The performance brought the community together in a way that seems idyllic and innocent in retrospect.

Beginning in 1998 and running for at least half a dozen years, Klug, along with his cadre of friends, captivated enthusiastic audiences with his keyboard, squeeze box, and harmonica virtuosity. Not to mention his sublimely rich, deep, and gentle voice. His “friends” included some of the area’s finest musicians—Robbie Bowden, Dave Gore, Doug Harden, John Franz, Kara Barnard, Lauren Robert, Jack Helsley, Bob Cheevers, Carolyn Dutton, and Gordon Lowry, to name a few.

Klug was an enigma. A strong presence on stage with his curated image of a cool dude wearing a fedora or cowboy hat, he was adored by all who saw him. Off stage he was not a complete recluse, but he did not like to be the center of attention. People found him affable, unpretentious and somewhat inscrutable.

But on one point, everyone agreed. Slats Klug was an attentive listener, whether on stage or off. Perhaps he was best known by other musicians, who have nothing but praise for his talent and skills. Singer/songwriter Tim Moore called him “a rock-solid musician who always brought his A-game and always left his ego at the door.” Carolyn Dutton, jazz violinist, said, “Everything Slats did musically was honest and genuine. He had an ear for the real thing, not the wannabes and show boaters. If you spoke the truth with your instrument, he heard you.” Musician-friend Dan Withered avowed, “Being in the spotlight was not important to [Slats]; he was a leader by virtue of his playing, and quick to acknowledge and include others. Everyone who played music with him learned by example about grace and style and working together.”

A seasoned musician when he relocated to Bloomington from New York with Lauren Robert in the mid-1980s, Klug had played with numerous bands, including Mojo Hand, George Jones Tribute Band, and the Kookamongas, among others. But his lasting claim to fame began with his creation of seven CDs about Brown County’s historical and contemporary characters. Originally inspired by storyteller Steve Miller, Klug took local lore and ran with it, crafting memorable legends with his clever lyrics and impeccable music.

Our Brown County historian Bill Weaver wrote, “Brown County has had plenty of willing historians— from Weston Goodspeed to Frank Hohenberger, Ray Mathis, Ernie Pyle, Dillon Bustin, Fred King, Dorothy Bailey and a dozen more. Yet none of these has celebrated the lore and legend of Brown County quite the way that Slats Klug has with his series of CDs.” Originally from West Virginia, Klug related easily to the hill country and characters of Brown County, Indiana. “I like being near, but not from, Brown County,” he said. “By having a certain stranger’s point of view, I get the best of both worlds.” Klug not only embraced local characters but instinctively knew how they would be represented most authentically by different musicians’ voices.

It’s easy to think that he effortlessly chose the right words for every mood. But his talent and skill evolved with time. Slats began writing early in his life and never stopped. He always had a notebook close at hand to write observances and inspirations. His childhood friend, Bob Davis, remembered rooming with him one summer at Hobart College in Geneva, New York. “Our other roommate and I would come home late from working and Harry [Slats] would be at the desk writing. We constantly complained, asking him to turn out the light so we could get some sleep. So, he moved his desk into the only closet we had in the place and that was where we would find him most nights.”

Along with the continuous writing was perceptive listening—to syntax, accents, and content of the jumble of language and sounds that bombard us every day. Dan Withered remembers, “[Slats] listened carefully to music and words, analyzing what they meant, how they sounded, how they could be better. He could read a song lyric and know instantly which lines were weak, or irrelevant, or could be improved.”

Slats Klug will be remembered for bringing to life stories from long ago. As WFHB “Brown County Hour” Dave Seastrom claimed, “Slats and his collaborators became the voice of Brown County.” With the death of Slats, we’ve lost not only a great song writer and musician but an empathetic and thoughtful listener. That we could all follow his example and be so attentive when others speak.

CD’s by Slats Klug and Friends can be purchased Weed Patch Music Company in downtown Nashville and at the Brown County Antique Mall on State Road 46 between Nashville and Columbus.