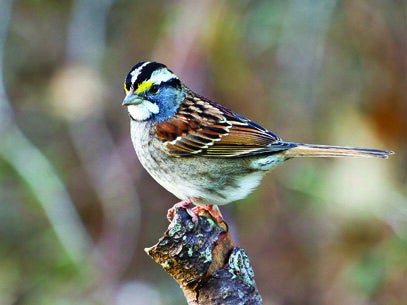 Here in the age of instant access, it’s easy to forget that music wasn’t always so easy to come by. Back in the day, the sounds of America’s folk traditions—country, bluegrass, blues—were heard over radio waves, played on the phonograph, or performed live, and that was about it. But that scarcity also made music a big deal: Families gathered around their radios to hear popular songs. People packed barn dances, juke joints, and honky-tonks on Saturday nights to listen and dance. Church choirs and instrumental accompaniment were the highlight of Sunday mornings.

“Every town in America had a legion of musicians,” explains Ketch Secor, frontman for Old Crow Medicine Show. “People always thought of musicians as local entertainers. Music was a reason to get together and celebrate.”

“It’s about fun, and music connecting us to where we are. We’re homespun music, bottled at the source,”

It’s this spirit of music Ketch wants to keep alive, and it comes through in Old Crow’s lively, whiskey-soaked blend of country, folk, and bluegrass, often served with a side of rock-n-roll attitude. Based out of the “other” Nashville a few hours south of here, the band has stomped and shouted its way to gigs at the Grand Ole Opry, a Grammy, and a platinum record, sharing the stage along the way with the biggest names in country, bluegrass, folk, and rock.

Ketch promises a good time on November 13, when Old Crow takes the stage at Brown County Music Center. “It’s about fun, and music connecting us to where we are. We’re homespun music, bottled at the source,” he says. “We love getting back to the roots, striving to be that hometown show in any town. When you play traditional American music like we do, with the fiddle and the harmonica and a lot of harmony singing, that’s the kind of music that grew out of Southern Indiana.”

And like any Medicine Show worth its snake oil, Old Crow makes it a point to tailor its performances to the towns on its tours. “We might razz the mayor, we might poke fun at rival towns and fallen stars,” he admits. “By the time I get to Nashville, I’ll know the name of the creek behind the Music Center, and the highway that runs through there, and the high school mascot.”

Though it’s true that Old Crow tends to tip its hat at life on the wayward side of the tracks, Ketch insists there’s an element of the divine in there too. “I think of the work that we do as a little bit of tent revival, a little bit camp meeting. We’re pretty secular in our performance, and even a little raunchy, but there’s something about folk music that always branches into the sacred,” he says. “Just by virtue of the fact that there’s that many strings reverberating, you enter into a sonic realm where the spirit is moving.”

A helping hand from above may be what it takes to get back to normal for the band. “There’s been a COVID scare every four months for the past eighteen months,” he notes. “Connecting with audiences is the thing we’ve missed most. For twenty-three years now, our band has prided ourselves on getting close and intimate with people at our shows, but those settings were the hardest to do [during the pandemic].” Now that the Old Crow is finally back on the road, he says, “It’s just so great to get close to people again. Those moments when you know you’re providing relief to somebody who’s experienced loss. We’re really grateful.”

Then there’s the cultural division that seems to be getting only more entrenched. “I’m in the business of bringing people together, and there’s a lot of reasons that people need to come together in song right now. I haven’t seen this sort of discord at any other point in my life.”

Ketch says he sees Old Crow as a way to bridge some of the gaps between us, though. “The usual stuff that divides people, none of that matters to me when I’m singing. It’s for everybody. There’s a place for you in an Old Crow audience. Music is an equalizer, an equal opportunity party.” Then I can almost hear him wink over the phone. “And I’ll remind your readers that this show is gonna be BYOD—bring your own dulcimer.”

For more information about the Old Crow Medicine show visit www.browncountymusiccenter.com or call 812- 988-5323.