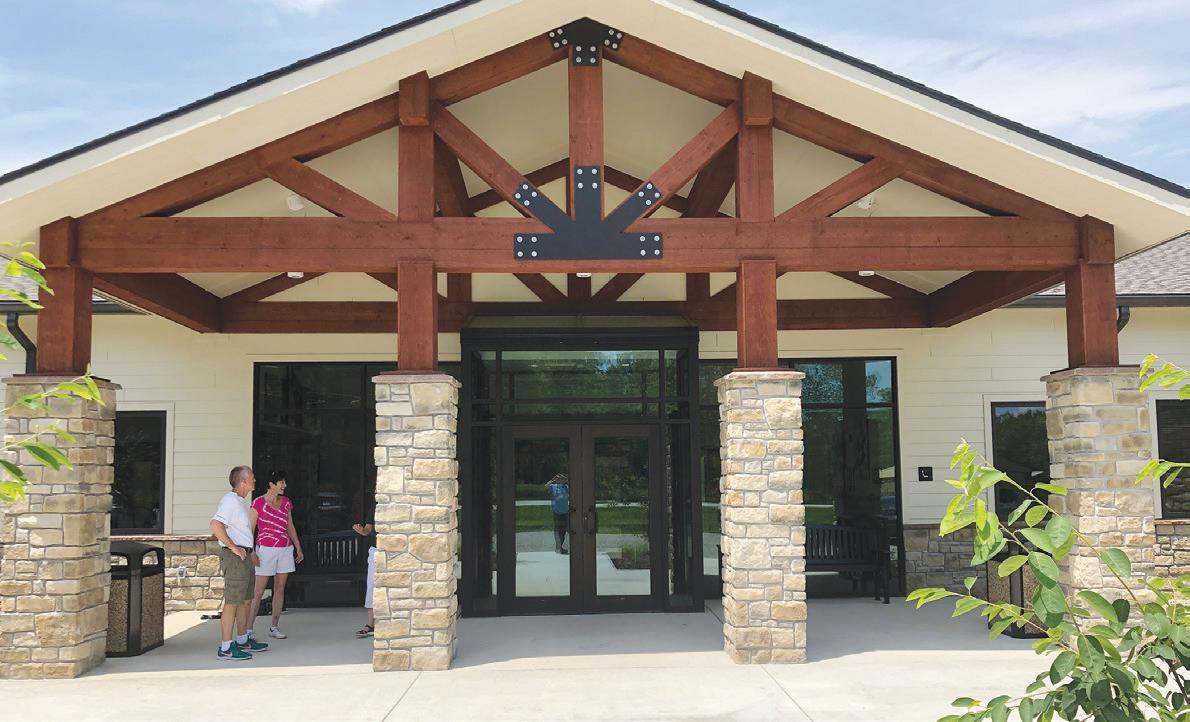 The Brown County State Park was founded in 1929 and has been a nature-lover’s retreat for nearly 1.3 million visitors annually. This past year it has been a refuge for COVID-weary souls. The largest of Indiana’s 24 state parks, it encompasses 15,776 acres. Visitors today will notice the renovation works going on in the park to restore the stonework put in by the Civilian Conservation Corps (CCC).

The Brown County State Park is the beautiful resource we have now because of a previous national and global economic downturn. President Franklin Delano Roosevelt’s New Deal was formed by the federal government after the stock market crash of 1929. The CCC was a New Deal program, established by executive order on April 5, 1933. It enlisted young men between the ages of 18 and 25 for renewable terms of six months and paid them $30 per month. The men received room and board in company/work camps and were required to send $22–$25 of their monthly pay back home to their families. Hundreds of thousands of young men were employed on environmental projects and shaped the modern national and state park systems. It is estimated that 57,000 illiterate men learned to read and write in CCC camps. The U.S. Army organized the transportation of thousands of enrollees to work camps. With 300,000 men put to work by July 1, 1933, it is considered the most rapid peace time mobilization in our country’s history.

Indiana’s state parks were built with the help of 64,000 enlistees during the 1930s under this program. With the mission to teach land management, soil conservation, and park construction, the CCC was under the command of the U.S. Army. Guided by the U.S. Forest Service, the National Park Service, and the Departments of the Interior and Agriculture, the CCC fought forest fires, planted trees, cleared and maintained access roads, and implemented soil-erosion controls. To encourage the use of America’s natural resources, bridges and campgrounds were built. At the Brown County State Park, work was begun to correct severe soil erosion on June 1, 1934 with the CCC planting black locust, black walnut, pines, and spruces. They built many of the existing buildings, shelter houses, picnic tables, ovens, roads, trails, two log lookout towers, as well as Ogle Lake in 1934–35.

The story within the story starts with Thurman Harden, one of Brown County’s native sons who worked in the CCC stone mason crew from 1933–35. The stone was mined right there in the park itself. Pieces were cut by hand and then dry-stacked. Harden helped build the sandstone steps from the lower shelter house up to the Abe Martin Lodge, plus many other structures throughout the park. He and his wife, Avis, raised their family of two daughters and three sons in Brown County.

Now after 80 years, the elements have caused deterioration in the stonework, making today’s restoration work necessary. Property manager of the BC State Park, Doug Baird, says that the retaining wall and sidewalk at the parking lot of the upper shelter is about 500 feet long; and the stairway on Hiking Trail #2 between the Abe Martin Lodge and the lower shelter is several hundred feet long. Both are being worked on. He explains that a lot of the stone will be reused, but 40% needs to be replaced. The stone masons are going to great lengths to shape and chisel the stone to match the chisel marks of the originals to duplicate the CCC’s stonework. Heavy equipment is used to lift the pieces in place. Drainage is being installed at this time to limit the effects of future freezing and thawing. The parking lot is also being repaved.

The replacement stone is coming from the Brown County Stone quarry, near the west entrance of the BC State Park, just a mile and a half from Nashville. It is family owned and operated by Thurman Harden’s son, Jack. Jack and his wife, Carolyn, raised their family in Brown County. They include Kevin, Brenda, Julia, and Jack. Kevin is carrying on the family business. Fittingly the address is named Harden’s Holler.

At the quarry, Kevin cuts the stone out of the ground and then splits and saws it to the required size. Besides providing the replacement stone, Kevin Harden and cousin Keith Woods are working with the current stone masons as the rehabilitation projects continue. To provide stabilization during the freeze/thaw conditions of Indiana winters, the stone is now drilled to insert metal poles for stabilization with a finishing cap on top. So three generations of Harden men have had their hands in the history of the Brown County State Park. Brown County stone can also be seen on buildings throughout the community: the Brown County YMCA, the Brown County Schools’ Eagle Park Ball Diamonds, and many shops and homes.