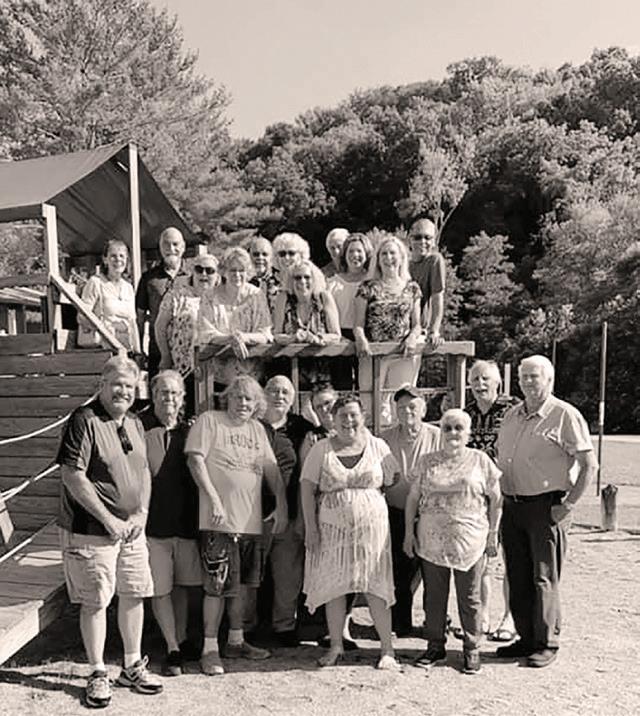 Throughout the uncertain days of 2020, we knew that the world after COVID would be forever different than the one we had left in the Before Times. Some of the changes we’ve seen as our community continues to re-open have been lamentable, but Brown County’s first-ever ChamberFest— six days of live classical music at various spots around Nashville—is a welcome new development. Running August 17 through 22, the festival features top-notch musical talent from across the country, performing in the small-group format known as chamber music, as well as receptions, an educational lecture, and a documentary film.

Other attractions at the festival speak to ChamberFest’s stated commitment to diversity and inclusivity, which were priorities in the planning process. A special performance for seniors is planned for Wednesday of the festival at the Brown County YMCA. Rising Tide: The Crossroads Project, a musical exploration-cum-documentary, screens at Brown County High School’s Auditorium on Thursday. Opportunities to interact with festival performers and fellow classical music fans are also on the agenda: the Hoosier Artist Gallery hosts an open house on Friday afternoon, and a reception at Brown County Art Guild follows Pacifica Quartet’s performance on Saturday night.

Current fans of the genre and newcomers alike are in for a moving personal experience, Andreas Ioannides says. “To hear chamber music in an intimate space with beautiful acoustics is very memorable,” he promises. “It’s really beautiful music, but it’s also quite theatrical.”

You might notice that ChamberFest 2021’s lineup reveals a particular focus on Beethoven. That’s because the 250th anniversary of the beloved composer’s birth was in 2020—but, with the pandemic still in full swing, there weren’t many opportunities to celebrate. Better late than never, Andreas says. He explains, “We tried to include at least one piece of his each day of the festival, and Roman Ivanovitch’s lecture on Saturday afternoon will be about Beethoven as well.”

ChamberFest grew out of the efforts of Riversong, a nonprofit that began organizing music events in Illinois and New York a few years back. Andreas’s performance at one of them impressed Riversong co-founder Annie Hawk, who asked him to replace the organization’s departing Artistic Director. When the idea for ChamberFest was floated, it was decided to hold it in Indiana. Andreas recruited Futaba Niekawa, a classmate from grad school who’s now on the faculty at Jacobs, to join the ChamberFest Board as its secretary, and soon longtime Brown County resident Phil McKown was chosen as its treasurer. The group’s close ties and relentless dedication to its vision for the festival made for an uncommonly comfortable collaboration, Andreas says.

Likewise, the choice of Brown County as the festival site was an easy one, he recalls. From its inception, the goal of ChamberFest’s Board of Directors was to bring live classical music— typically found only in larger cities—to a rural Indiana community. Brown County’s natural beauty and comfortable driving distance from Bloomington, Indianapolis, and Columbus made it an attractive prospect, he says, and Nashville fit the bill perfectly for its popularity as a tourist destination and its longstanding reputation as an arts oasis. By scheduling festival events with both locals and visitors in mind, Andreas hopes to see ChamberFest fit into everyone’s Brown County experience that week.

Another way festival planners hope to make it attractive to all is through its very alluring price tag. With the exception of the Pacifica Quartet’s performance at the Playhouse, admission to all events is free. (For those who want to guarantee their seats, paid reservations are also available on the ChamberFest website, however.) And despite the genre’s reputation, classical doesn’t mean overly fancy or stuffy at ChamberFest: flip-flops and cutoffs are as welcome as bowties and tealength dresses.

For those new to live chamber music, Andreas does offer some tips for making the most out of the experience. It helps to think of small-group performances as musical conversations, he says, so listen for the way the players move in and out of their parts, and how they react to one another. But mostly, he says, “Music speaks to everyone in different ways. Just pay attention to what stands out to you. Maybe it’s an instrument, or maybe the way the musicians look during the performance. There’s a lot for new audiences to be intrigued by.”

Supporters from the Brown County Community Foundation to Target have signed on as sponsors, and Andreas says funding continues to come in. “It’s the members of the community who provide the real support, though,” he notes. “We want to be able to continue to have ChamberFest every year, so we really depend on the people who attend to spread the word so we can grow and expand.”

More information on ChamberFest 2021 can be found at <www.chamberfestbrowncounty.com>.•