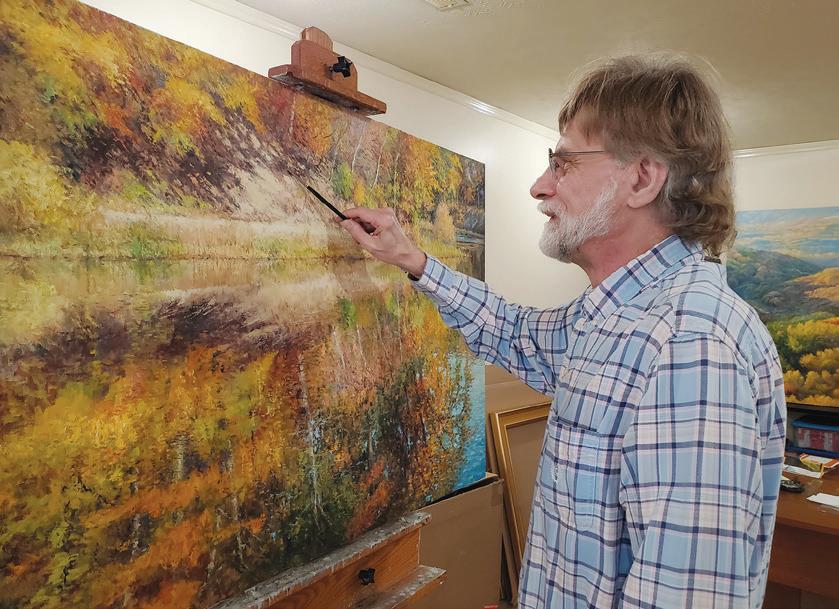 Summer is the natural time for reunions of all kinds. The weather is nice and people take vacations, or just try to be more out and about.

This summer, reunions take on an extra measure of meaning as we crawl out of our pandemic-enforced isolation like a horde of cicadas, craving human contact.

We are eager to reconnect and catch up with old school chums, people we knew from church, and family members from near and far we have not seen in at least a year.

Recently, I attended the class reunion for the Brown County High School Class of 1973. I am always a little nervous to appear before this group of folks, who may or may not remember what an obnoxious smart aleck I was in my teens.

All in all, they seem to have forgiven, or at least forgotten. A nice group, and, like me, considerably more mellow and wise these days, I expect.

You know how it is—at the ten-year reunion, everyone is striving to show off a little, everybody is decked out and at the height of their energy, eager for social encounters. By your 48th reunion, folks are a good bit more laid back, the drinking mostly iced tea.

Year after next, for our 50th, we will demur to the “Brown County Alumni” group, which organizes a reunion every year and each year honors the class which is celebrating its golden anniversary.

The second Sunday in June brought the “Homecoming” celebration at Unity Baptist Church up on Spearsville Road.

Homecoming Sunday typically includes an afternoon service where people who have previously attended return to share memories and reacquaint.

A few years back I had the distinct pleasure of bringing the message in the morning Homecoming service. I sang a solo of “Precious Memories” and preached on the Prodigal Son, undoubtedly one of the greatest reunion stories ever told.

Between the morning and afternoon sessions, there is a big pitch-in dinner, with everyone sitting at long tables to eat and enjoy fellowship together.

One year, I brought a pot of chicken and dumplings, just like mother used to make. During dinner, one of my cousins approached me asking if I had made them.

“I knew those were Arnold dumplings!” she laughed.

When I was young, this was a traditional “dinner on the grounds.” The meal would be served and eaten picnic style, in the shade of large trees on the cemetery property adjoining the church. Nowadays, there is a fine, large “fellowship hall” equipped with a kitchen and all the conveniences, including indoor plumbing.

Brown County is a natural place for reunion gatherings, and a spin through the State Park on almost any weekend will reveal dozens of family groups gathering to picnic, play, and be with one another.

My own family reunions have been a study in contrasts. While the Arnolds tend to be gregarious, outgoing, salt-of-the-earth types, my Tryon relatives are more often taciturn, diffident, self-contained.

If you randomly released ten Tryons into a large room full of 100 people socializing, within a very short period of time, all ten would be standing in a circle somewhere in the back talking quietly with one another. That’s just the way they are—they only truly like other Tryons.

I love my Arnold cousins. We were all kids together swimming or catching fireflies, playing outside while the adults visited—running wild in Brown County.

When we were at the funeral of my last Arnold aunt, I told my cousin, “We only see each other at funerals, and now there aren’t going to be any more funerals.”

She got together with her Alabama counterpart in getting stuff done and for a few years they were throwing some bangin’ family reunions, alternating between “Down South” and “Up North.”

But, we overworked our strong organizers and arrangers, and the whole thing kind of ran out of steam. Maybe we’ll get back to it sometime soon.

The annual “Old Settlers” meeting goes back to 1877, but whether or not it will be held this year is still up in the air. It has been held in various places over the years, most recently at the Pioneer Village adjoining the Brown County History Center.

When I was young, Old Settlers was and seemed always to have been held at “Cluppers Grove” outside Bean Blossom. I recall an event in which boys would attempt to climb a greased pole to obtain a five dollar bill at the top.

Summer is reunion time, a time for coming together again after a period of separation. A time for social gatherings of certain groups of people who have not seen each other for some time.

But a part of reunion is union, unity. Reunion is the process of being brought together again as a unified whole. Along with simple human contact, I think we need to put an end to the stark division and conflict in our society.

Maybe a reunion is a good place to start.