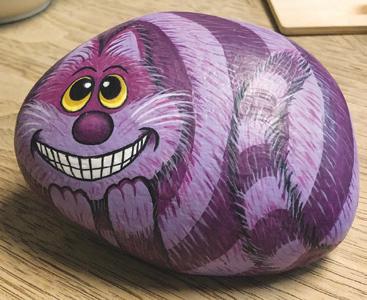 The new, state-of-the-art Brown County Humane Society building is a reflection of the people and places around it, a culmination of planning, fundraising and dedicated volunteer work.

A grand opening is scheduled for the facility in mid-July, located just south of its old building near the intersection of state roads 46 and 135 east of Nashville.

Sue Ann Werling, president of the humane society, said pictures of various buildings around Brown County, both old and new, were sent to architects and planners, hoping to capture the spirit of the area.

Inside the wood and stone exterior, the $3.2 million facility has temperature-controlled dog kennels and cat cages, each offering the animals a choice to stay put or go outside in securely fenced areas. Features include a medical treatment room, a large dog-bathing station, offices, get-acquainted rooms, a community meeting space, a kitchen for volunteers, storage areas, and more.

A separate $225,000 fundraising drive provided furnishings and equipment. The medical treatment room is named in honor of longtime Bean Blossom veterinarian James Brester. That room, along with the ventilation and cleanliness features, made building the facility “like building a mini-hospital for animals,” Werling said.

Big photos of dogs and cats, former residents of the humane society, line the walls. The large, well-lit lobby features an observation room where kittens romp freely, and discreet stations where those surrendering or adopting animals can interact with staff. Animal control officers dropping off strays after hours will have access to a holding area for pets without getting a volunteer out of bed in the middle of the night. While most of the building is no-frills, aimed at providing the best environment for both animals and their human visitors, Werling said one whimsical luxury was added: lobby ceiling tiles embossed with animal footprints leading from the front door to both cat and dog areas.

Throughout the shelter, steps were taken to make the building energy efficient, including LED lighting, quality insulation, and natural lighting.

The 9,000-square-foot animal shelter is a far cry from its nearby predecessor, which will now be used primarily for storage. That space will be a relief to humane society volunteers and officers, many of which now use their homes and garages to store items. The shelter will also use the building as a base for its SPOT program, the Serving Pets Outreach Team, which offers help to county pet owners.

A spacious parking lot is in front of the building. Behind it are the fenced spaces connected to inside animal areas, as well as larger fenced areas for exercise, and a fenced get-acquainted area. Behind that is a lagoon, created when earth was moved to level the area. It provides a peaceful view and handles the rainwater runoff.

Money for the new shelter was raised by a combination of donations and grants.

Werling said it was scary to undertake the large fundraising campaign, but she always thought the group could do it.

“It starts with the organization,” she said. “We have a very good reputation and do what we say we are going to do.

“People in this county truly care about animals and about doing the right things.”

Through the years, Werling has been both a major donor and a tireless volunteer for the humane society.

“I’m able to do both,” she said. “I have the passion and love to do both and I believe in the organization.” But she admits she gets the most joy from her volunteer work with animals.

Brown County Commissioner Jerry Pittman said the new facility is important because it saves county taxpayers money through a contract with the county to handle strays, and other arrangements would be more costly.

But the shelter has an economic impact in other ways too, he said, making the county a more desirable tourist destination. Pittman remembers seeing roving packs of stray dogs when he was a child here, tearing up property and threatening people. That is no longer a problem, and he credits the humane society programs with solving those issues.

In other ways, the new building reflects the community: “I think this facility says something about the people of Brown County,” he said. “People who care about animals usually treat other people well.”

Unlike its by-appointment-only “pandemic hours,” the new shelter is now open from noon to 5 p.m. every day except Tuesdays and Thursdays.

The Brown County Humane Society has one of the lowest “kill rates” in the nation, with about 98 percent of the animals who come into the shelter being adopted. Werling said the small number of animals who do not survive are usually newborns which fail to thrive, or those with major medical problems. The survival rate is possible, Werling said, because of an aggressive spay and neuter program, fostering, working with rescue groups and other shelters, and extraordinary steps to get animals adopted.

“This place is magical,” she said. “It’s an amazing place to be. The board felt like this gets us into the future for the next 30 years, leaving something for future generations to enjoy.

“It’s not a sad place. It’s a happy place. When you walk in the building it makes you smile.”

“We are all proud of our community.”