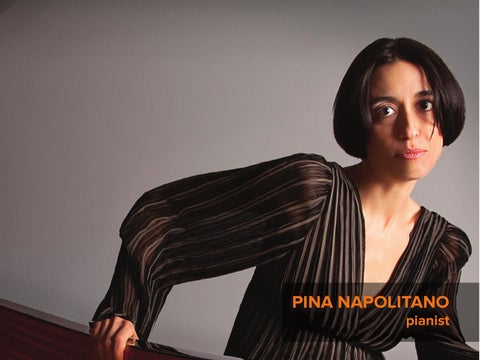 Pina Napolitano pianist Immediately with her first CD the Italian pianist Pina Napolitano made a splash in early 2012: Norman Lebrecht featured her recording of Arnold Schönberg’s complete piano works as his “CD of the week”, shortlisting it for his Album of the Year on Sinfinimusic.com, Guy Rickards in International Piano Magazine called the CD simply “outstanding”, citing the “tensile strength to her playing that is distinctly hers”, and Calum MacDonald in BBC Music Magazine gave it five stars for its “rare penetration, understanding, grace and elegance.” Pina Napolitano is, through her teacher Bruno Mezzena, a grand-student of Arturo Benedetti Michelangeli, and has experienced huge successes with performances of Liszt, Ravel and Bartók. For some time now, though, the center of her attention has been the music of the Second Viennese School. Unlike many performers, she considers this music not to be a primarily intellectual adventure, but a highly emotional and expressive one – “wholly saturated with expression” (Österreichische Musikzeitschrift), a “perfect conjunction between microcellular dissection and almost heartbreaking expressive sensitivity” (Ritmo), a “heady romanticism both irresistible and unsettling” (Arts Desk).

She is especially interested in the retrospective view looking from today, via early modernism, at the works of the romantic and classical period. She enjoys programming the music of Schönberg, Berg and Webern alongside works of Mozart and Brahms for instance. Not only does she impress her public with intellectual clarity, elegance and beauty of tone, but also with her virtuosity and an unusual feat of memory: she plays everything by heart – not to impress her public, but to create an atmosphere of utmost concentration, that, in her own experience, captures the public’s intense attention throughout. Pina Napolitano performs extensively in Europa and Russia. With the Philharmonic Orchestra of Pescara she performed Liszt’s 2nd Piano Concerto and Bartòk’s 3rd. With an ensemble of the same orchestra she played in Ivan Fedele’s “La chute de la maison Usher”, directed by Marco Angius. Her music has been broadcast by Radio France Classique and presented live by Rai Radio 3. After studying with her first teacher, Giusi Ambrifi, in her native Caserta, near Naples, she attended masterclasses in piano with Tibor Egly, Bruno Canino, and Alexander Lonquich, and in musical analysis with Giacomo Manzoni and Hugh Collins Rice (Oxford University). She then entered the

Pescara Musical Academy, where she graduated in Piano Solo Performance and in TwentiethCentury Piano Music with Bruno Mezzena. While studying piano, she earned two B.A.s from the University of Naples “L’Orientale” in Classical Philology and in Slavistics, both times with top marks and lauds. In 2010 she received her doctorate in Slavistics with a thesis on the poetry of Osip Mandel’štam, which won the 2011 Italian Slavists’ Association prize. She published an article on the Šostakovič cycle Op. 143 “Six poems of Marina Cvetaeva” in which she explored the connections between the poetic and musical text, and recently translated for the first time into Italian the notebooks of poetess Marina Cvetaeva for the Italian press Voland Edizioni. In the near future, alongside studying Ravel and Brahms, she is planning to record with Odradek Records Schönberg’s piano concerto coupled with Stravinsky’s Movements, as well as a solo program with works of American composers Aaron Copland, Elliott Carter, Eric Moe and Jeffrey Mumford. Besides her performance activity, she teaches at the Alban Berg Music Academy in Pescara and at masterclasses in Europe and Russia, while frequently serving as a jury member to international competitions.

“A one-CD album of Arnold Schoenberg’s solo piano works has not come my way for years, perhaps since Pollini three decades ago. Pina Napolitano plays the tricky pieces with light fingers and innate wit, bringing out a welter of contemporary parallels – Mahler in op 11/2, Busoni in op 23 – amid a panoply of delicate beauty.” CD of the Week, La Scena Musicale Norman Lebrecht, May 21 2012

“...Pina Napolitano’s debut recording… certainly is outstanding... Her knowledge of the music is manifest in every bar, and she conveys its real quality as music - rather than as an object of academic study - with nice judgment and a fine, delicate technique. Tempi are frequently more measured than in many competitors, for instance Uchida in Opp 11 and 19, or Pollini in general. Where some might miss the latter’s masculine drive and momentum in Op 25, Napolitano has a tensile strength to her playing that is distinctly hers. The Suite is, without doubt, Schoenberg’s piano masterpiece - however much the Op 19 pieces may hog the limelight - yet Napolitano convinces that the Op 33 diptych is its logical extension and refinement.” International Piano Magazine Guy Rickards September 2012

“It is a beautiful disc, an interpretation that is both intelligent and sensitive, of great contrapuntal clarity and an extraordinary variety of touch.” Dino Villatico, music critic of L’espresso January 18, 2013

“On more imaginative lines, I was hugely grateful to receive the... complete Arnold Schoenberg piano works on just one CD... The set is on a new label, Odradek, that both looks and sounds good enough to eat. The pianist is Pina Napolitano: you will hear more of her.” Sinfini Music: Album of the Year Norman Lebrecht

“Pina Napolitano is note-perfect from first to last... She plays with delicacy and expression; in her hands the music sounds eminently approachable even when at its most iconoclastic… Heard as a whole in chronological order they make a fascinating experience, especially in performances as good as this… The pianist in a booklet note says that she has tried to communicate the “expressive and romantic force” of the music, and she has certainly succeeded in this.” Music Web International Paul Corfield Godfrey February 13, 2013

“A CD that has brought her comparisons that are almost embarrassing (read Maurizio Pollini)...” Giornale di Brescia Enrico Raggi, April 21, 2013

“[Napolitano] approaches each of the suite’s movements with clarity, attentiveness to all of the notation (rather than just the pitch classes), and an overall sense of rhetoric that tries to covey each movement as a journey from a well-defined “here” to an equally well-defined “there.” She then leaves the rest to the listener’s capacity for sensemaking; and that little voice inside me that remembers all those narrow-minded exercises from my student days seems to be telling me that Schoenberg himself would probably have approved of her approach.” The Examiner: An interdisciplinary pianist approaches Schoenberg’s complete piano works. Stephen Smoliar, February 23, 2013 “This seems to be a very nice recording of Schoenberg’s complete piano works. Op. 11 has an appealing mysteriousness, and it tickles me pink that the Langsam from Op. 19 sounds like ‘Jingle Bells’ at the beginning. Napolitano is an excellent musician with a love for these works that shows itself in the warmth of her tone and the intelligent care in her phrasing. The sound is fine.” American Record Guide May/June 2013 “Napolitano excels at highlighting the debts he owed to the past. The opus 11 and 19 suites have a suitably improvisatory, probing quality. Listen with open ears and you’ll encounter marvellous things... The Intermezzo at the heart of Op 25 Suite is mesmeric, its heady romanticism both irresistible and unsettling. It’s as if you’re listening to Brahms while nursing a colossal hangover... Napolitano’s playing is consistently brilliant, emphasising the sheer rigour of Schoenberg’s music whilst unafraid to accentuate its sensuality. Good notes and presentation add to this disc’s charms.” Arts Desk Graham Rickson August 3, 2013

“The young and gifted pianist Pina Napolitano has documented her take on Schoenberg - basing herself on a meticulous reading, focused especially on the articulation signs, with a dark shimmering sound with an extremely dense legato, taking as her guiding principle Schoenberg’s request: ‘Always sing with all your soul and create a legato as in a cantilena.’ In doing this, she takes her time to allow the sound to become wholly saturated with expression, sometimes even becoming too pregnant with meaning.” Österreichische Musikzeitschrift Walter Weidringer April 2013

“Pina Napolitano’s in-depth exploration of Schoenberg’s works for solo piano… shows that this music requires at the same time a thorough analysis and a clear expressive intent. It is not a paradox, as Pina herself explains: interpreting these pieces, besides the millimetric accuracy when executing each note in their subsequent polyphonic structures, one must seek to convey also the expressive dramatic character... “Philology and romanticism”, so accurately and timely, define Pina Napolitano’s approach to Schoenberg’s music. Those who tell us that Central and Mediterranean Europeans cannot understand each other, should listen to the Viennese master proposed by this Italian pianist, a perfect synthesis of dissection (microcellular rather than cellular) and expressive sensitivity (almost heartbreaking, disturbing); a Schoenberg that in her hands is not a merely an “historically necessary” transition, but one of the most significant contributions to the history of contemporary music. And anyone who does not believe it, anyone who thinks that the music of the Viennese master is cold, distant and unfathomable, should listen to this interpretation. Certainly you will change your mind. Without a doubt: Schoenberg is not dead.” **** EXCELENTE - Ritmo Inés Ruiz Artola March 2014

Electronic Press Kit [June 2014]. "Napolitano has a tensile strength to her playing that is distinctly hers." - International Piano Magazine 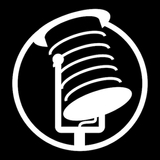