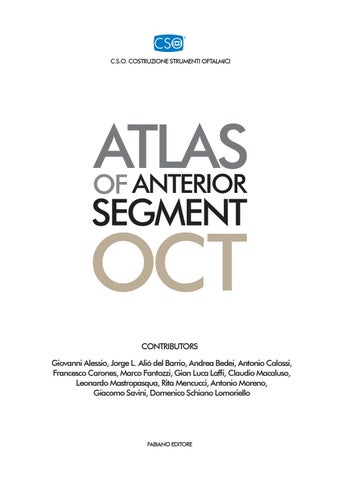 he evaluation of corneal and anterior segment morphology and structure has been recently improved thanks to several diagnostic instruments, which allow us to obtain even more detailed and precise information. In my thirty year-long career, I have had the pleasure of being part of the birth, the growth and the global diffusion of several diagnostic technologies that, today, are part of our routine armamentarium for the anterior segment analysis. Since my graduation as a medical doctor in 1988, I have witnessed the entire process starting from idealization to commercialization of videokeratography for the measurement of the anterior corneal curvature. I experienced the advent of the first Scheimpflug cameras for the visualization of the anterior chamber and the evaluation of the posterior corneal curvature. I saw great ideas arise and then fall (corneal holography, raster-stereography), other ones taking off but never becoming widely spread (high-frequency ultrasonography) either due to the high associated costs, or from difficult to understand strategical and commercial decisions. I have also observed techniques for the anterior segment developed and applied to the posterior segment, such as optical coherence tomography (OCT). This Atlas celebrates the introduction of a combined diagnostic technology that allows to obtain very high-resolution images, and consequently extremely accurate and precise anatomy-topographical data, related to several structures of the anterior segment: tear film, corneal epithelium, Bowman membrane, corneal stroma, corneal endothelium, anterior and posterior corneal curvature, anterior chamber, iris-scleracorneal angle, iris, pupil size and dynamics, crystalline lens. All of this is possible due to the combination of the highest technology for the analysis of the anterior corneal curvature (videokeratography Placido-disc based), with quality spectral domain OCT, found in a single instrument that has yet many other innovative technical features. In the time of a â&#x20AC;&#x153;clickâ&#x20AC;?, this instrument provides a complete, yet detailed panorama of the anterior segment.

In other words, this is the coupling of the best corneal topographer and the best anterior segment OCT, with a commercial name, MS-39, that recalls the founder of the company, the father of this technology. This system is perfectly integrated with the CSO diagnostic platform (aberrometer, Scheimpflug camera, corneal topographer, etc.) which connects in an interactive way to provide even more diagnostic information. I had the opportunity to use one of the first MS-39 prototypes in my clinical practice. After almost one year of daily use, I can honestly say that I could no longer practice without it. If I had to choose one single diagnostic tool to work with, no doubt, this one would be my choice. As a corneal, refractive and cataract surgeon I have to admit I learned so much from the information, previously unknown, provided by this technology. There are countless clinical examples, most of them illustrated in this Atlas, that helped me find an easier diagnostic/surgical direction only through the use of this instrument. And it has been so wonderfully exciting, over my thirty years of ophthalmology practice, to witness the path CSO has made side by side with the ophthalmologists. Indeed, for ophthalmology, CSO was already there thirty years ago when, beside slit lamps and keratometers, its innovation was demonstrated by the launch of one of the very first videokeratographers. Today CSO is present with this one-of-a-kind technology and it is destined to force all the competitors to strive to keep up with this shining example of the Italian excellence. For all these reasons, I strongly wish that CSO achieves all the popularity that it deserves for the innovation and development of this diagnostic technology. Empowered by this technology, future achievements of the scientific community will arise by enabling research thanks to an instrument capable to evaluate, measure and visualize information that was not accessible before. These advances will make our profession easier and more efficient, allowing us to provide our patients, the final consumers, with continuously better and more efficient services. Milan, September 2018 Francesco Carones

INTRODUCTION Over the last three decades, there has been a constant evolution of diagnostic instrumentation for the anterior ocular segment imaging. The first instruments used were corneal topographers, based either on reflection or projection of a known pattern of mires, which allowed an accurate automated measurement in one single aquisition of a large area of the anterior corneal surface. Corneal topographers have provided the clinician with the possibility to easily detect mild keratoconus and irregular astigmatism, to measure the corneal contribution to ocular aberrations, and in general, to better understand the anterior corneal surface from a geometrical and optical point of view. The second generation devices were optical scanning instruments, which enabled the capture of image sections of the whole anterior segment, thus adding visual and quantitative information about the posterior corneal surface and of the anterior chamber (iris, angles and anterior surface of the crystalline lens). The first of these instruments was the Orbscan (Bausch & Lomb, Rochester, NY), that was based upon anterior segment scanning through a translating illuminating slit combined with an observation system. This was then followed by a series of instruments, such as Pentacam (Oculus OptikgerĂ¤te, Wetzlar, Germany), Galilei (Ziemer, Swizerland), Sirius (CSO, Florence, Italy) and TMS4 (Tomey, Japan) that are based upon a rotational scanning slit utilizing Scheimpflug principle, which allows to tilt the axis of the observation system while maintaining in focus the whole plane of the illuminated section.

With these advancements, clinicians were able to obtain new information regarding their patients, such as elevation maps of the anterior and posterior corneal surface and pachymetry maps to detect keratoconus and ectasia. They were also able to measure posterior and total corneal astigmatism to calculate the power of toric intraocular lenses (IOLs). Finally, they were able to assess the total corneal power by ray-tracing to calculate IOL power after corneal refractive surgery. Scheimpflug imaging, however, had limitations, related to the low resolution and poor quality of anterior segment scans and the presence of artifacts when tissue scattering is excessive. The third generation was the application of OCT technology to produce better images with higher definition. The first OCT instrument fully dedicated to the anterior segment was the Visante (Carl Zeiss Meditec, Dublin, CA). In comparison with retinal OCTs, further refinement of the anterior segment technology were progressing relatively slow. Some limitations of the Visante were: - the slow scanning speed and consequently low number of acquired sections; - the limited reliability of measurements, which made it necessary to combine the corneal topographer Atlas (Carl Zeiss Meditec AG, Jena, Germany) for the measurements of the anterior corneal surface; - the lower image quality as compared with retinal OCTs with corneal adaptor modules. Later advancements were developed with retinal OCT technology, equipped with corneal adaptor modules. Further developments gave

origin to the first instruments dedicated exclusively to the anterior segment, including the Casia SS-1000, followed by the Casia 2 (Tomey, Nagoya, Japan) and recently by the MS-39 (CSO, Florence, Italy). These devices allow the acquisition of high quality anterior segment angle-to-angle images as well as high-speed scanning of a large number of meridians for accurate topographic corneal maps.

by the beam incident on the sample at a position corresponding to that of the movable mirror of the reference arm. This pattern is found in Time Domain OCT (TD-OCT) and is shown in Figure 1a. It was first applied in the field of ophthalmology for the measurement of the inter-distances between the various ocular structures, in particular the axial length of the eye, the corneal thickness, the anterior chamber depth and the thickness of the crystalline OCT SYSTEMS â&#x20AC;&#x201C; BASIC CONCEPTS lens. With this technique, moving the referenUntil recently, OCT has been used mainly for ce mirror is necessary to obtain a response the retina, with limited applications to the me- from the structures at various depths. A veloasurement of anterior segment structures, na- city limit occurs when it is necessary to make mely the axial length. Manufacturers are only a scan of several contiguous lines (A-scan) in now directing their attention to new OCT sy- order to create an image of an ocular section stems able to provide topographic and tomo- (B-scan). Eye movements during a slow scan graphic analysis of the cornea. This delay has lead to an unwanted and uncorrectable distorbeen mainly due to the complexity and conse- tion of the image. quently high costs of this technology. Reliabili- A more complex implementation, known as ty was also an issue, since the old generation Fourier Domain OCT (FD-OCT), eliminates the OCT systems were unable to provide images need for a moving reference mirror to obtain of the entire anterior segment and to acquire measurements at various depths. This allows accurate measurements, comparable or better high-speed acquisition of axial scans that reduthan those provided by less sophisticated tech- ce artifacts due to eye movements. The Founologies. rier Domain OCT, in addition to decreasing the OCT is a technology based upon the measu- time of acquisition, also presents advantages rement of the interference of two beams of a in terms of signal-to-noise ratio compared to broadband radiation (typically infrared) from a the Time Domain. The basic concept is to meareference arm and a sample arm1 â&#x20AC;&#x201C; 4. sure the spectral interference between the raTo put it simply, the radiation emitted from diation returning from the reference arm and a broadband source - usually an infrared su- the sample arm in a certain range of wavelenper-luminescent diode (SLD) - is in part tran- gths emitted by the source. This means that, in smitted to a reference arm and in part to a a single A-scan, for each wavelength that the sample arm. A mirror, placed at the end of the detection arm collects, the interference value reference arm, reflects the beam back towards of the returned radiation is determined by the a fourth arm (detection arm) on which a pho- sample and reference arms. to-detector is placed. Similarly, the radiation The set of these values at various wavelengths sent to sample arm is backscattered by the ocu- is processed with more or less complex algolar tissues towards the detection arm, where it rithms, basically containing a Fourier transforinterferes with the return beam from the re- mation, to obtain the reflectivity profile of the ference arm. If the reference mirror is moved, sample along an axis. thereby altering the length of the reference The Fourier Domain OCT devices can be in arm, the interference of the ocular structures turn classified into the following two classes encountered by the incident beam of the sam- depending on how they acquire the interfeple arm can be sampled at various depths. In rence values at various wavelengths: Spectral practice, the photodiode reveals a peak signal Domain OCT (SD-OCT in Figure 1b) and Swept for each backscattering element encountered Source OCT (SS- OCT in Figure 1c).

The first class of these instruments uses a broadband source that emits a certain range of wavelengths all at the same time. The detection arm contains a spectrometer to decompose the interference signal deriving from the returned radiation of the sample and reference arms into its components of the various wavelengths. Therefore, in a single acquisition, the sensor of the spectrometer collects the spectrum necessary to determine the reflectivity profile along an axis of the sample.

The second class of devices uses a light source that is a tunable laser, i.e. a laser whose wavelength can be varied very rapidly6. The light source is driven to emit the various wavelengths in sequence and is synchronized with a photodiode, which replaces the spectrometer on the detection arm. A processing unit associates the wavelengths emitted by the source to the values measured by the photodiode, and reconstructs the interference spectrum between the beams 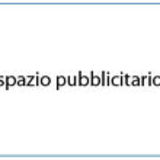