ALL FILMS, EVERY DAY, FROM ÂŁ4.50 NOMINATED: SAG

WAVES This film traces the epic emotional journey of a suburban African-American family - led by a well-intentioned but domineering father - as they navigate love, forgiveness and coming together in the aftermath of a loss. From acclaimed director Trey Edward Shults, Waves is a heartrending story about the universal capacity for compassion and growth even in the darkest of times.

JOKER Forever alone in the crowd, Arthur Fleck seeks connection walking the streets of Gotham City. He wears two masks - the one he paints for his day job as a clown, and the one he projects in a futile attempt to feel like part of the world around him. Isolated, bullied and disregarded by society, Fleck begins a slow descent into madness transforming into the criminal mastermind known as the Joker.

FROZEN II Why was Elsa born with magical powers? The answer is calling her and threatening her Kingdom. Together with Anna, Olaf, Kristoff and Sven she sets off on a dangerous, but remarkable journey.

LITTLE WOMEN The classic story of the March sisters follows the different paths of Jo (Saoirse Ronan), Meg (Emma Watson), Amy (Florence Pugh) and Beth (Eliza Scanlen). Told from the perspective of Jo March, the alter ego of author Louisa May Alcott, and based both on the novel and on the personal writings of Alcott.

THE PERSONAL HISTORY OF DAVID COPPERFIELD Dev Patel, Tilda Swinton, Gwendoline Christie and Hugh Laurie star in a fresh and distinctive take on Charles Dickens’ semi-autobiographical masterpiece. Set in the 1840’s, the film chronicles the life of its iconic title character as he navigates a chaotic world to find his elusive place within it. David’s journey is both hilarious and tragic, but always full of life, colour and humanity.

THE LIGHTHOUSE Robert Pattinson, Willem Dafoe and Valeriia Karaman star in this hypnotic and hallucinatory tale of two lighthouse keepers on a remote and mysterious New England island in the 1890s. Living in isolation, surrounded only by the waves, birds and the sound of rain falling these two me are on the very edge of sanity.

ONCE UPON A TIME IN HOLLYWOOD (EXTENDED CUT) The ninth film from Quentin Tarantino features a large ensemble cast and multiple storylines in a tribute to the final moments of Hollywood’s golden age. In Los Angeles in 1969 everything is changing for TV star Rick Dalton (Leonardo DiCaprio) and his longtime stunt double Cliff Booth (Brad Pitt). As they make their way around they find they hardly recognise the film industry anymore.

FROZEN II: SINGALONG Your chance to singalong with this Disney sequel. Why was Elsa born with magical powers? The answer is calling her and threatening her Kingdom. Together with Anna, Olaf, Kristoff and Sven she sets off on a dangerous, but remarkable journey.

JUDY Winter 1968 and showbiz legend Judy Garland arrives in Swinging London to perform in a sell-out run at The Talk of the Town. It’s 30 years since she shot to global stardom in The Wizard Of Oz, but if her voice has weakened, its dramatic intensity has only grown. Through battles with management, charming musicians, and reminisces with friends and fans, her wit and warmth shines.

SONIC THE HEDGEHOG A live-action adventure comedy based on the global blockbuster video game that follows the misadventures of Sonic as he navigates the complexities of life on Earth. With his newfound (human) best friend Tom (James Marsden) Sonic tries to stop the villainous Dr. Robotnik (Jim Carrey) from capturing Sonic and using his powers for world domination.

A BEAUTIFUL DAY IN THE NEIGHBORHOOD Two-time Oscar®-winner Tom Hanks portrays Mister Rogers in a timely film about kindness triumphing over cynicism, based on the true story of a real-life friendship between Fred Rogers and journalist Tom Junod. After a jaded magazine writer is assigned a profile of Fred Rogers, he overcomes his skepticism, learning about empathy, kindness, and decency from America’s most beloved neighbor.

QUEEN & SLIM On a first date, a black man and woman are stopped by a policeman over a minor traffic infraction. As the situation spirals, the man kills the officer in self-defense, forcing the two to go on the run. As they drive, these two unlikely fugitives discover themselves in the most dire of circumstances, forging a powerful love that reveals their shared humanity and shapes the rest of their lives.

This film traces the roots of western governments’ love affair with torture. In 1950s Montreal psychiatrist Dr. Ewen Cameron, born in Bridge of Allan, experimented on his patients using sensory deprivation, forced comas and LSD. Covertly funded by the Canadian government and the CIA, his techniques have been used in Northern Ireland, Guantánamo and 27 countries around the world.

PARASITE A pitch-black modern fairytale about two families - the Parks who are the picture of aspirational wealth and the Kims who are rich in street smarts but not much else. By chance or fate, these two families are brought together and the Kims sense a golden opportunity.

RICHARD JEWELL ‘There is a bomb in Centennial Park. You have thirty minutes.’ The world is first introduced to Richard Jewell as the security guard who reports finding the device at the 1996 Atlanta bombing - his report making him a hero whose swift actions save countless lives. But within days, the law enforcement wannabe becomes the FBI’s number one suspect, vilified by press and public alike, his life ripped apart.

At Hyakkaoh Private Academy students are ranked on their gambling abilities rather than grades. The coveted prize for becoming the ultimate gambling champion is a ‘blank future’ that will give the winner autonomy over their life after graduation. Who will win happiness by betting on their lives? Tsutomu Hanabusa / Japan 2019 / 119 min

Wishing to open up another line of communication with her rebellious teenage daughter, in the name of light-hearted revenge, single mother Kaori (Shinohara Ryoko) begins creating embarrassingly sweet messages in her child’s lunchbox meals. Will it work? Tsukamoto Renpei / Japan 2019 / 106 min

Little Shota (Terada Kokoro) gets the shock of his life when he discovers that the father he looks up to plays the despicable heel wrestler, Cockroach. Once a star champion, Takashi (Tanahashi Hiroshi) decides to overcome his injuries and re-join the wrestling big league to win back his son’s heart. Fujimura Kyohei / Japan 2018 / 111 min

After young firefighter Minato (Katayose Ryota) rescues avid surfer Hinako (Kawaei Rina), the two fall in love. But Minato’s life is cut short in an accident at sea causing the distraught Hinako to stay away from the ocean; until the day she hums their song and he appears in the water… Masaaki Yuasa / Japan 2019 / 96 min

EVENT CINEMA THE METROPOLITAN OPERA: PORGY AND BESS The Gershwins’ Porgy and Bess returns to the Met for the first time since 1990, in a new co-production with English National Opera and Dutch National Opera, hailed as a triumph at its premiere in London earlier this year.

KINKY BOOTS: THE MUSICAL Filmed live at London’s Adelphi Theatre, this musical is strutting onto the big screen! Charlie is a factory owner struggling to save his family business, and Lola is a fabulous entertainer with a wildly exciting idea. With a little compassion and a lot of understanding, this unexpected pair learn to embrace their differences and create a line of sturdy stilettos unlike any the world has ever seen! Tue 4 Feb, 7.30pm Sun 9 Feb, 2pm Tickets: £17 / £15 Conc & Friends

NATIONAL THEATRE LIVE: CYRANO DE BERGERAC James McAvoy (X-Men, Atonement) returns to the stage in an inventive new adaptation of Cyrano de Bergerac, broadcast live to cinemas from the West End in London. Fierce with a pen and notorious in combat, Cyrano almost has it all - if only he could win the heart of his true love Roxane. There’s just one big problem: he has a nose as huge as his heart. Thu 20 Feb, 7pm Tickets: £17 / £15 Conc & Friends

EVENT CINEMA ZSHORTS INTERNATIONAL FILM FESTIVAL 2020 The ZSHORTS International Film Festival encourages and honours the talent and creativity of short-film-makers from all over the world. Over three screenings audiences will experience 30 to 40 “Official Selections” , showcasing creative story-telling and filmmaking at its absolute best. Founded in Santa Barbara, California, this year’s Festival is being hosted in Scotland. Sat 22 Feb - 2pm, 4.30pm & 7pm Tickets: £4.50 per screening

MARSTON & SCARLETT Choreographer Cathy Marston was previously an Associate Artist of the Royal Opera House and Director of Bern Ballett, and much in demand internationally. The inspiration for her first work for The Royal Ballet Main Stage is the momentous life and career of the cellist Jacqueline du Pré. A new work by Liam Scarlett, The Royal Ballet’s Artist in Residence, provides the second part of the programme. Tue 25 Feb, 7.15pm Tickets: £17 / £15 Conc & Friends

DER FLIEGENDE HOLLANDER For the first time at the Met, Sir Bryn Terfel sings the role of the mysterious Dutchman, condemned to roam the seas for eternity, with Anja Kampe as the devoted Senta, whose love can set him free. Sat 14 Mar, 5.55pm Tickets: £20 / £18 Conc & Friends

ROYAL OPERA HOUSE LIVE: FIDELIO Beethoven’s only opera is a masterpiece and an uplifting story of risk and triumph. In this new production, conducted by Antonio Pappano, Jonas Kaufmann plays the political prisoner Florestan, and Lise Davidsen his wife Leonore (disguised as ‘Fidelio’) who daringly sets out to rescue him. Set in strong counterpoint are the ingredients of domestic intrigue, determined love and the cruelty of an oppressive regime. Tue 17 Mar, 7.15pm Tickets: £17 / £15 Conc & Friends

MICHAEL BALL & ALFIE BOE: BACK TOGETHER The world’s ultimate musical duo, Michael Ball and Alfie Boe are ‘Back Together’ and set to delight cinema audiences up and down the country with the final show of their sold-out tour. The superstar pair will take on their favourite musical theatre, pop and rock tracks at the O2 Arena. Showcasing their phenomenal voices and undeniable on-stage chemistry, Ball and Boe’s irresistible charm will undoubtedly light up the big screen. Sat 28 Mar, 7.30pm & Sun 29 Mar, 2.30pm Tickets: £17 / £15 Conc & Friends

DAVID ATTENBOROUGH: A LIFE ON OUR PLANET

With Live Q&A From The Royal Albert Hall One man has seen more of the natural world than any other. This unique feature documentary is his witness statement. In his 93 years, David Attenborough has visited every continent on the globe, exploring the wild places of our planet and documenting the living world in all its variety and wonder. Now, for the first time he reflects upon both the defining moments of his lifetime as a naturalist and the devastating changes he has seen. Thu 16 Apr, 7.25pm Tickets: £15 / £13 Conc & Friends

SUBTITLED, RELAXED, BF SUBTITLED SCREENINGS THE LIGHTHOUSE Sun 9 Feb, 7.45pm A BEAUTIFUL DAY IN THE NEIGHBORHOOD Thu 20 Feb, 5.15pm These films have subtitles along the bottom of the screen and may show sound effects. Look out for foreign language films too marked FL

RELAXED SCREENING SONIC THE HEDGEHOG Sun 23 Feb, 11am You can expect: - A relaxed attitude to noise and movement - Friendly staff on hand to help out - The lights to be on low - The volume to be turned down - No adverts or trailers before the film

BABY FRIENDLY SCREENING LITTLE WOMEN Sun 2 Feb, 11am You can expect: - A really relaxed attitude to noise & movement - Mats in front of the screen for parents/guardians and babies to relax on - Friendly staff on hand to make your visit easy & enjoyable - The lights to be on low - The volume to be turned down

JOIN THE CONVERSATION This season you’re invited to contribute to Yer Ain Voice and join a converation about the language we use - the different sayings, slang words and dialects - and the part they play in our individual and collective identities. As part of that programme we’re giving you another chance to experience these Scottish films...

Visit our website to find out more about the other events in the Yer Ain Voice programme including Oor Wullie and an evening with Liz Lochhead: macrobertartscentre.org

Macrobert Arts Centre Limited is a Scottish charity, no SC039546 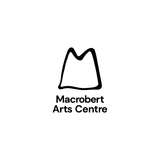