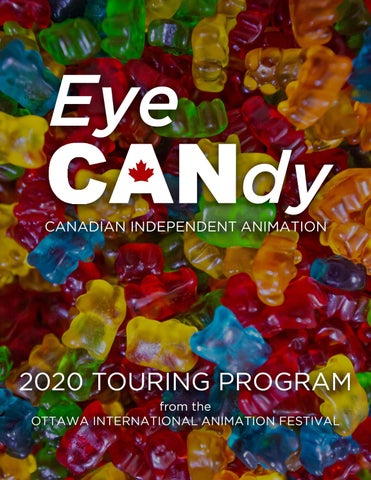 Since the beginnings of the National Film Board of Canada’s (NFB) animation department in 1939, led by Norman McLaren, Canada has produced a number of poetic, witty, unique, provocative and diverse animation films that have influenced and inspired animation artists from around the world. While the NFB, one of the last state-sponsored studios in the world, remains at the forefront of both Canadian and International animation, the Canadian scene is no longer just their domain. For a few decades now, animation has exploded to all areas of Canada. Today there are numerous industry studios and schools in Toronto, Montreal, Vancouver, Ottawa and Halifax and, thanks to technological advancements, there are more independent artists than ever before. EyeCANdy serves up a sample dish of the wild, provocative, poignant and mildly insane visions of Canada’s brightest contemporary animation artists. Utilizing a rich and unique arsenal of techniques (scratch, stop motion, collage, paint on film, 3D, drawings), the films of EyeCANdy are a mix of award-winning student, experimental, documentary and narrative films that explore Canadian history (Emergency Broadcast), indigenous stories (Biidaaban), deeply personal memories of loss (Casino, The Girl in the Hallway, My Dead Dad’s Porno Tapes, Only Lovers Leave to Die), the absurdity of advertising (Erodium Thunk), abstract dreamscapes (Ravines, Insect Express) along with a rather epic odyssey about texty text wanking (the universally applauded, Finding Uranus). As each one of these films demonstrate, animation is – and has always been – much more than a bunch of ‘cartoons’ littered with talking animals, princesses and fart jokes. At its best, animation is a potent, poetic, beguiling and headscratching as any piece of music, art, film or poem. Animation, more than almost any other art form, can take us deeper into the human soul (whatever that is) and spirit, revealing the unseen, speaking the unspoken. EyeCANdy will sock your senses, if you let it. Chris Robinson Artistic Director, Ottawa International Animation Festival Curator of EyeCANdy

Steven Woloshen, 2016 “A film for my Father, who gambled with love.”

Steven Woloshen Montreal born artist, Steven Woloshen has been passionately creating short abstract films and time- based-art installation pieces since 1982. He has been invited to show his work, has lectured on the subject of handmade analogue film techniques and has been commissioned to create unique films for artist run centers, international film festivals and galleries. In 2010, he published his first book on the subject of decay, archiving and handmade filmmaking techniques, titled “Recipes for Reconstruction: The Cookbook for the Frugal Filmmaker.” scratchatopia.tumblr.com

Girl in the Hallway Valerie Barnhart, 2018

Valerie Barnhart Valerie Barnhart is an independent animator and visual artist based out of Ottawa, Canada. Her interdisciplinary practice is exploratory in nature but revolves specifically around the dynamics of silence and inaction as a form of violence. Valerie earned her BFA from Emily Carr Institute of Art and Design as a Visual Arts Major: with a studio specialty in Printmaking, Drawing, and an academic emphasis in Decolonization Politics and Non Western Art. Her art practice made a massive shift into documentary and animation entirely by accident. Valerie taught herself how to animate during this production. Valerie has exhibited in Toronto, Vancouver, and Calgary. She lives with her husband and a motley crew of animal amongst piles of dusty books. girlinthehallwaymovie.com

Guillaume Pelletier-Auger Guillaume is an artist and animation filmmaker living in Montreal, Quebec, Canada. He studied animation film at the Cegep du Vieux Montreal, illustration at the International Summer Academy of Fine Arts in Salzburg, Austria, and graphic arts at the Academy of Fine Arts in Warsaw, Poland. He has produced and directed several short animation films, and has also written and drawn Melasse, a comic book published by lâ&#x20AC;&#x2122;Oie de Cravan. pelletierauger.com

Amanda Strong, 2018 Biidaaban sets out to harvest sap from Sugar Maples from an urban Ontario neighbourhood which is primarily inhabited by Settlers. The practice of harvesting sap goes back to time immemorial for the Anishinaabe people. Biidaaban works in continuum with this practice, accompanied by their friend Sabe and other spirit beings that once lived in this area. The neighbourhood acts as both nemesis and provider. The fear of being caught plays up against the bravery it takes to continue ceremony and practice on occupied lands.

Amanda Strong Amanda Strong is an Indigenous (Michif) interdisciplinary artist with a focus on filmmaking, stop-motion animations, and media art. She is currently based on unceded Coast Salish territories (Vancouver, BC). Strong received a BAA in Interpretative Illustration and a Diploma in Applied Photography from the Sheridan Institute. With a cross-discipline focus, common themes of her work are reclamation of Indigenous histories, lineage, language, and culture. Currently, Strong is the owner, director, and producer of Spotted Fawn Productions Inc. (SFP), they who utilize a multilayered approach and unconventional methods. Most recently, Strong was selected by renowned filmmaker, Alanis Obamsawin, to receive $50,000 in post-services through the Clyde Gilmour Technicolour Award. spottedfawnproductions.com

Winston Hacking Winston Hacking is a moving image artist originally from Peterborough, Ontario. His work often combines found footage, collage, green screen and puppeteering. Hackingâ&#x20AC;&#x2122;s work is economical, both in terms of his use of found materials and the techniques used. Despite his thrifty approach, his works are daedal due to his ability to transform the mundane into the sublime through creative re-contextualization. winstonhacking.com

Built at the height of the Cold War to withstand a five-megaton nuclear assault, the Diefenbunker is a massive underground, four-story, 100,000-squarefoot fortress designed and constructed entirely in secrecy in 1959. Inspired by the objects, rooms, and spaces of this Canadian Historic Site, this stopanimation film depicts the beginnings of a nuclear war.

Pixie Cram Pixie Cram creates fiction and stop-animation on themes of nature, technology, and war. Her films have screened at festivals across North America and in Europe, and have aired on CBC TV. Recent commissions include a video portrait of Philip Monk, recipient of a Governor Generalâ&#x20AC;&#x2122;s Award for Visual and Media Arts, and a hand-processed film for the 10th anniversary of the Toronto 8fest. Cram was the 2017 artist-in-residence at the Diefenbunker: Canadaâ&#x20AC;&#x2122;s Cold War Museum. On top of her own art practice, she works as a freelance director, cinematographer, and editor. artengine.ca/pixiecram

Emily begins perceiving the world as it was made from painted film stock shortly after being injured in an accident. On her way to a hospital, a story of love, death, passion and loss unravels through dialogues of characters surrounding her, each represented with a different pattern of film stock.

Vladimir Kanic I am a versatile transdisciplinary artist whose diverse practice spans filmmaking, photography, music, visual art and computer science. I use my knowledge from different artistic and scientific fields to solve problems that are outside of the scope of traditional artistic boundaries, with an accent on diversity of research and experimentation. My short fiction and animation films have been playing at renowned film festivals and had won multiple international awards, and I have also held five solo international art exhibitions and interactive performances. I graduated Interaction Design at the University of California, San Diego and Machine Learning and Neural Networks at the University of London. VladimirKanic.com

Filmmaker Charlie Tyrell seeks to better understand his emotionally distant late-father through the personal belongings he left behind... including a stack of VHS dirty movies. Narrated by David Wain.

Emily Pelstring, 2016 The film explores an intersection of species; insect flight patterns and modes of industrial travel merge as collective rituals in a fever dream.

Emily Pelstring Emily Pelstring is a media artist whose work spans the areas of installation, performance, animation, and video. Her films and installations experiment with special effects and optical distortions to call attention to the gesture of technological mediation. Her work has been shown internationally at Ann Arbor Film Festival, Transmediale Berlin, Seoul International New Media Festival, Khyber Centre for the Arts, and Judith and Norman Alix Art Gallery to name a few. Her recent work interrogates hetero-patriarchal culture through affirmative engagement with collectivity and camp aesthetics. Pelstring is a tenure-track Assistant Professor in the Department of Film and Media at Queenâ&#x20AC;&#x2122;s University. emilypelstring.com

If Kubrick returned from the dead and was going to make an animation film about self-pleasure... well...this might be it.

The Canadian Film Institute (CFI) is a not for profit, charitable organization dedicated to inspiring audiences and helping them discover the world of cinema. It also works to connect them with artists and with their communities. It was incorporated in 1935 and is the oldest film institution in Canada and the second oldest film institute in the world. The CFI organizes several annual international film festivals, including the Ottawa International Animation Festival (September), the European Union Film Festival (Nov/Dec), the Bright Nights (Feb), the African Film Festival (June), and the Latin American Film Festival (April/May). It also brings Canadian cinematic talent to the City with Café Ex, The Enlightened Screen and Canadian Masters. The International Film Festival of Ottawa is the CFI’s newest event which will launch in March 2021.

The Ottawa International Animation Festival (OIAF) is one of the world’s leading animation events, providing screenings, exhibits, workshops, and entertainment since 1976. The OIAF is an annual five-day event that brings art and industry together in a vibrant hub and attracts more than 28,000 artists, producers, students, and animation fans from around the world. This year’s OIAF runs September 23-27, 2020. 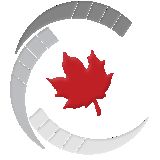