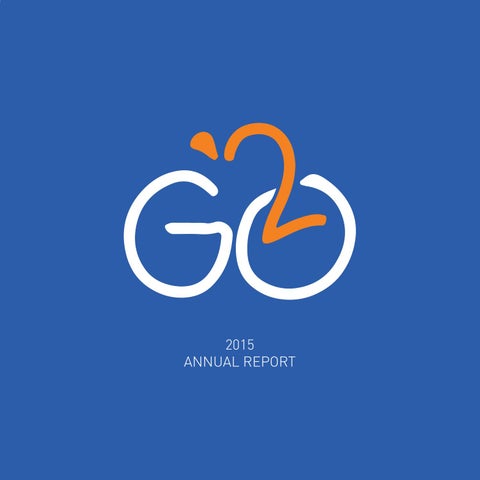 The year of 2015 was emphasized by a sustainable growth and innovation. The organization of first urban forums on Totalitarianism Period in Albania tackled a tabu theme about postdictatorial society: the relationships with the past. The launch of website www.shkoderbybike.al remains a further success.

Risi Turistike - Tourist Innovation Award 2015 “Water and Stones” project is one of two winning ideas of Tourist Innovation Award 2015, at the competition organized in Shkoder region, by Helvetas Swiss Intercoorporation, Risi Albania. The project idea is created by GO2 and aims to develop a tourist package focused on ecotourism, more specifically in cycling. It is one segment of EuroVelo8 –the Mediterranean Bike Route. It would last 8-day (+1 day optional) in Shkoder rural areas -by promoting the natural and cultural values of the surroundings.

Spring doesnâ&amp;#x20AC;&amp;#x2122;t come with one flower, or even two. Spring comes with bicycles- many of them. Critical Mass is a modern, global movement for sustainable transportation. It was organised the fourth Critical Mass on the FIRST DAY OF SPRING, We rode for about half an hour and finished with 1 glass of wine (or 3) and LIVE MUSIC by the Gargjola Group and Jazz and Rock with Anton and Klins. All were dressed in the most colourful, springiest clothes to welcome the spring.

Aren’t you tired of those terrible Shkodran roads? Rude drivers? No space to ride your bicycle? Let’s find some open space and enjoy our bikes, nature and great weather. CRITICAL MASS 5!!! We rode together towards the Buna river with the sun smiling on our faces, and finish with a great party on the water, plus music with 2 DJ’s! Critical Mass is a global movement for sustainable transportation. People from more than 500 cities around the world meet every month to ride together and celebrate biking in our modern cities. Join the movement!

‘Visual Art’: by the Prof. Gezim Qendro as a memory where people feel sad by their personal past, their parents or grandparents, there was talk of lack of modernity, surveillance, and systematic oversight of people. Lack of intimacy, selflessness, and fear of the system are reflected in works of visual arts, paintings, sculptures, photographs, etc. Interesting was the case of a ceramic sculpture opened in the late 1990s, which contained the characters who came up against the regime, such as the Bejler, the landowner, the preacher, the anti-conformist of the time and who were trying to stigmatize them. In fact, the opposite was true, since their expression, artistic strength, was converted into a much more dynamic and expressive emotion than the coldness that were expressed by the common works of socialist realization. In the end, there was also a communication between the audience and the Professor Qendro. The presence in a Remembrance Place invites you unwittingly to be part of the confession about the sad events of those walls, which under the coldness and darkness of the limb carry the suffering of many people from Shkodra. The museum’s guide would accompany friends and participants in the cellars of the cell.

â&amp;#x20AC;&amp;#x2DC;Oral History from the Areas of the Borders with Kosovoâ&amp;#x20AC;&amp;#x2122; by the urban anthropologist Prof. Dr. Arbnora Dushi, as a scholar of folklore and traditions, from the Albanological Institute of Pristina. In the present case, the scholar speaks of families separated from the regime, more specifically the example of the border between Albania and Kosovo, which maintained the kinship only through the oral form of expression and details, such as letters, photographs, captured tapes, objects Relics etc. The boundary was but a seemingly one-dimensional line, but a multidimensional space in human emotions.

â&amp;#x20AC;&amp;#x2DC;Urban Anthropologyâ&amp;#x20AC;&amp;#x2122; by the Architect Gjergj Islami dean of the Faculty of Architecture and Urban Planning (FAU) _ Tirana Polytechnic. The professor introduced two approaches: a general architecture of the period between 1945 and 1990. It was done an explanation to understand in more detail the prefabricated dwellings. Interesting topics touched many participants as many of them still live in the same dwellings.

‘Lapidars’ by Dr.Vincent WJ Van Gerven Oei representative of the organization ‘Department of eagles’. The researcher presented a survey conducted across the entire territory of Albania for 40 days as a study and data collection in the current state of over 600 lapidars. During the Communist era, the regime raised a large number of so-called ‘Lapidars’ in almost every village, city or city of Albania. These concrete Lapidars on the one hand functioned as commemorative monuments of ‘national heroes’ and ‘partisans’, but on the other hand, they monumentalized the presence of the communist party in every part of Albania. Their function, as a sign of social progress and commemoration, is clearly shown in the documentary Kinostudio in 1984 ‘Lapidari’. They are not mutilated, neither maintained nor repaired - it makes them emblematic in their usual behaviour of the unprecedented communist past in Albania. Moreover, they have a unique cultural heritage for Albania and including our country in the map of the possibility of developing cultural tourism, as well as the possibility of interest of foreign and local scientific research.

The trend of development of bicycle tourism in a perennial season

GO2 held a presentation on the theme â&amp;#x20AC;&amp;#x2DC;The trend of bicycle tourism development in a yearlong perennial seasonâ&amp;#x20AC;&amp;#x2122; co-author Mrs. Eltjana Shkreli (urban planner) and Mr. Bashkim Hyka (tourist operator). In this presentation was offered the model of bicycle guides in Shkodra region. The approach called the interest of the participants, and this tourism was seen as tourism for Albanian people but also as tourist package for foreign visitors.

3rdÂ meeting EuroVelo8 and the Conference Bicycle Tourism across the Mediterranean Route, Mantova Italy 21 May

On May 20-21, in Mantova, Italy, was held the Third Meeting between the partners of the EuroVelo project8 and the Conference of this project related to Bicycle Tourism along the Mediterranean-EuroVelo 8 Road. At the meeting were present all the partners, representatives of the Mediterranean countries, who presented the work done so far. The project will continue until September 2015 and during this time will be the promotional activities envisaged. GO2 in Shkodra will organize 2 Study Tours to promote EuroVelo8 itineraries in this region and at the same time will prepare its online promotion.

In the framework of the Project Castle to Castle. 11 July Eco Tourism Study Tours in Shurdhah Shkodra in the framework of the Project Castle to Castle. The trip was one-day, study tour where were present the participants and also invited representatives from the tourist agency of the oldest in the Albanian tourism market ‘SondorTravel’ from Tirana, local organization ‘Natural Resources in Development’ and ‘Sarda’. Attention was paid to young people (over 18 years of age) passionate about eco tourism, with basic knowledge in English or other languages; In addition, there were young entrepreneurs who want to deal with tourism product development. The interest has been satisfactory, as access to this sector is a novelty and initially the confidence and expectation about what they are aiming for and how to serve them for future employment should increase.

The GO2 NGO presented its tourist products through its Sondor Travel partner at the World Travel Market Tourism Fair, organized annually in London on 2-5 November 2015. The panair is organized annually and is the biggest event that offers opportunities through diversified presentation of destinations and sectors of this industry. This space provides networks, negotiations and business directions. More than 50,000 â&amp;#x20AC;&amp;#x2DC;seniorâ&amp;#x20AC;&amp;#x2122; professionals in the travel industry, the ministry and international press visit London every November to create networks, negotiate and discover the latest opinion on WTM industry and trends. This event celebrated the 36th year by generating more than ÂŁ 2.5m of travel industry contracts. WTM is part of the Travel Exhibitions Group together with the Arab Travel Market, the Latin American Travel Market, the World Travel Market and the International Franciscan Market.

The drawings done are in line with green environment and the aquatic world, as these elements surround this territory. The school is located RAMSAR area and is very rich in biodiversity. Respecting the characteristic of this area, the colours used, the drawings look like they real trees and shrubs, flowers and insects. Fine details, harmony in size, perfect composition between the art of two facades turn these paintbrushes into a stunning frame for young children. Pupils got very excited painting their school.

Enabled by the Water and Stone project, supported by RISI ALBANIA - Swiss Agency, under the auspices of the Ministry of Tourism. The lectors invited to do the training course were experts on tourism, cultural heritage. Mr. Zamir Tafilica, an archaeologist and former director of the Museum of the Historic City, presented the region of Shkodra through the history of prehistoric settlements, those of antiquity and medieval times. Mr. Helidon Sokoli, archaeologist - responsible for archaeological parks in the Northern Region, introduced archaeology and excavations carried out in this region. While Mr. Fatmir Juka, historian and painter - director of the Historical Museum of the City, talked about art history, the first in terms of popular art, such as craftsmanship, relics and the way to beauty arts.

Regional Workshop in Budapest, in framework of Cressida Project.

Since May 2014, GO2 has established a social enterprise focused in tourism sector which aims to create cycling tours packages in Shkoder region. As there is a lack of such a tourist product (cycling tours) in this area rich in cultural&amp;natural heritage, it will produce competitive tourist supplies based in high European standards. They will be included at European network of cycling routes, in EuroVelo 8, the Mediterranean corridor (www.eurovelo.com), where GO2 is representative of Albania, as a national coordinator. Inasmuch as Shkoder has a cycling culture movement, creating cycling tour packages around Shkoder region provides a model for other areas all around Albania, such as: Vlora and Korca. Till now we get exploring different routes not far away than 30-50km from Shkoder. The incomes generated either by social enterprise or by different funds are serving to generate income for local inhabitants in this undeveloped area; to increase local capacities (mainly in rural areas) as for ex: local guides or incitement in domestic investment from the businesses (such as bars, restaurants, accomodations, services) or the farmers; to raise the awareness of the inhabitants and mostly of the domestic tourists related to the value of nature and tangible/intangible culture that Shkoder surrounding areas contains; to understand â&amp;#x20AC;&amp;#x2DC;bicycleâ&amp;#x20AC;&amp;#x2122; not only as a mean of transportation in everyday life, but also as one of the best adventure tourism and social cohesion. 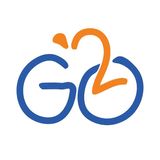