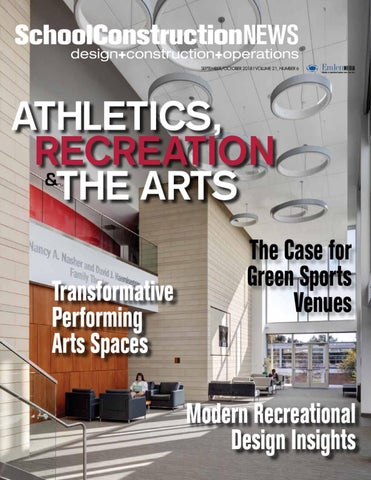 opened its doors earlier this year in Colorado Springs, Colo., and its impressive facets go well beyond its dazzling appearance. That’s because the Ent Center, which opened on the grounds of University of Colorado-Colorado Springs (UCCS), had to not only look fantastic – but sound that way as well. The brand-new facility is home to four performing arts venues with world-class acoustics, plus a visual arts gallery and sprawling lobby and public spaces. The result of two years of design and nearly two years of construction, the 92,000-square-foot, $70 million wonder instantly became one of Colorado’s most alluring performing arts hubs upon its February launch, and can be credited to an intensely collaborative effort. “It was something of a forced four-way marriage,” said Matt Vineyard, a senior project manager who led the construction efforts for the national contractor JE Dunn, referring to the partnership between his group, UCCS, and the architectural firms H3 Hardy Collaboration Architects of New York and Semple Brown – a Denver based company that he said has a strong resume in designing performing arts venues. “One of the unique elements of this project was having so many performance venues under one roof,” Vineyard explained. “It’s

essentially the new home for all performance arts at UCCS.” Among the performance spaces are a 774-seat main theater, a black box theater and a 250-seat recital hall, which Vineyard credits with having the best acoustics in the entire state of Colorado. To that end, he gave kudos to JaffeHolden, a renowned acoustical firm based in Norwalk, Ct., which provided ‘sound’ guidance to the project. “They visited every month,” Vineyard remarked. “It was really a great partnership.” While plenty of venues might have thoughtful acoustical design, the Ent Center took the concept to a whole new level via the incorporation of modifiable acoustics in the main Schockley-Zalabak Theater that can be honed to perfectly match the performance, be it a piano soloist or full chamber orchestra. The ‘acoustic response’ can be easily adjusted through a motorized system of drapes and acoustical banners hidden above a partially sound-transparent ceiling; an acoustical shell can also be configured to optimize group performances of any size. The Chapman Foundation Recital Hall’s acoustics can also be revised to match all kinds of musical arts, due

to an adjustable acoustic curtain system tucked above the ceiling and slatted wood wall at the back of the stage. With more than a dozen music practice rooms adjoining one another, JE Dunn and its project partners had to isolate sound to allow for effective teaching. Thus no two rooms shared ductwork or conduits, helping contain the sound vibrations. Vineyard said a thorough level of sound testing was done for all these teaching rooms in addition to the recital hall and main theater, and no detail was overlooked in treating audiences to the best possible experience. “Every element was designed for a perfect acoustical performance for every seat in the house,” he remarked adding the Colorado Philharmonic even came for a practice session to test the acoustics, followed by an expert violinist – with the modifiable acoustics tailored for each performance.

“ Ever y element was designed for a perfect acoustical performance for ever y seat in the house.”

“It was an incredible learning experience,” Vineyard said, speaking to the rehearsal/testing sessions as well as to the overall project. A resident of Colorado Springs himself, Vineyard added the dazzling new compound will not only be a vital campus benefit but a boon to the entire community, with the large main theater purposefully sized to attract top shows that might have previously bypassed the locale. “From an economic standpoint, the Ent Center is really going to be good for the city,” he said “Its such an amazing facility, and attractive as well.” 4 //

Of course with such a focus on music and sound, it can be easy to overlook some of the Ent’s other facets including its eye-catching exterior, promising public spaces and a graphics arts gallery that kicked off with an opening exhibit from renowned Colorado-based artist Floyd Tunson. A significant amount of the collection was created specifically to show at the new gallery, with Tunson even touring the facility a year in advance in order to get a feel for the setting. The gallery offers museum-quality climate control, temperature control and security systems, according to Vineyard, allowing it to display any artwork without worry. Another intriguing visual touch are several modern metal sculptures located outside the Ent Center, towering up to 50 feet in height with some including kinetic elements as well. With all the intriguing elements of the project, Vineyard said the most satisfying aspect of the lengthy endeavor was the connections he made during the process. “As amazing as all the pieces were, the friendships that were made and the collaboration that took place stand out the most,” he explained. “We worked so hard for a common goal, and that really goes beyond bricks and drywall.”

And thanks to this cohesive focus, Colorado Springs’ campus and community can now celebrate an arts venue that is a feast to the ears as well as the eyes. 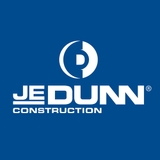 The Sweet Sound of Success

The Sweet Sound of Success