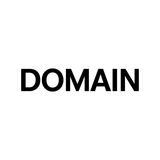 DOMAIN is an architecture and urbanism studio based in Belgrade, Serbia and Syracuse, New York, led by Mitesh Dixit and Ryan Gillum. The office works internationally on projects ranging from residential to public buildings and master plans. Its work has been presented at the Venice Architectural Biennale (2014), Franc Centre in Orleans Museum (2014), and MIPIM Conference in Canes, France (2014), The National University of Singapore (2012), and the Inaugural Chicago Architectural Biennale (2015). DOMAIN has been in numerous publications including Domus, Metropolis Magazine, and Wallpaper.