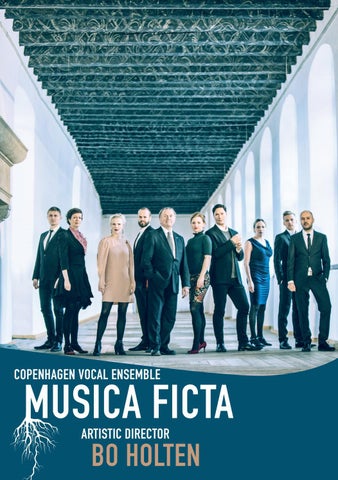 THE ROOTS OF WESTERN MUSIC

Photos by Per Morten Abrahamsen

THE MOST IMPRESSIVE PASSION BEFORE BACH

The century of the madrigal (1520-1620) started off with very simple bawdy and homo­ phonic songs, but developed into the most intricate polyphonic and refined chamber music there ever was. After 1580 an explosion of music for professional chamber music vocalists occurred, epitomized in the genre’s two most extreme composers: Luca Marenzio and Carlo Gesualdo. Marenzio came to be the greatest and most popular composition virtuoso in all styles, a veritable Richard Strauss of the madrigal: no emotion, no splendor and no lament were beyond his capabilities of expression, and all by using merely six solo singers! Gesualdo, on the other hand, became the Gustav Mahler of the late Renaissance: He managed to express all the horrors of life, the deepest depressions and the wildest erotic bliss and delirious joy with just five virtuosic solo singers. The contrast between these mighty madrigalists could not have been greater, but they match each other as two pinnacles of the age, showing how different madrigals can actually be.

Lassus, arguably the greatest and in any case the most versatile composer of the late Renaissance, composed all the four passion stories told by the Evangelists. Alas, we do not know which plainsong was known and which motets might have been inserted in the austere passion rites in Munich around 1575. I have ”reconstructed” the most likely version in this 90 minute Matthew-passion, full of drama and atmosphere. Arguably the greatest polyphonic passion before Bach, it features a baritone Evangelist and a bass Jesus and all the surrounding persons sung as ensembles, with large motets commenting on the events. A very rewarding and intensely felt rendition of the passion story.

- MADRIGALS BY GESUALDO AND MARENZIO

- MADRIGALS BY MONTEVERDI AND DE WERT

Giaches de Wert was the last of the great French/Flemish composers who for 150 years established and dominated musical life in Italy. With a very strong and individual personality, he had a great influence on the development of the madrigal. His compositions are sometimes startlingly original and almost provocative. When Claudio Monteverdi came to the court in Mantua as a young musician, de Wert undoubtedly made a strong and lasting impression as the teacher and mentor of the young man and sowed the seeds of a healthy experimentalism that would result in profound changes in the general musical development in the time after 1600, when Monteverdi became the famous opera composer and Master of Music in San Marco. The programme features colourful madrigals by these two great radicals, and tells the story of the madrigal from a Mantuan point of view. 8 singers and Bo Holten

It is indeed surprising to many foreigners that John Dowland actually spent so many years in Denmark and in fact composed some of his most important music in Copenhagen and in Elsinore. He was one of the most highly paid courtiers, and King Christian 4, who played the lute himself and took lessons with Dowland, appreciated highly to have this world lute virtuoso at his court. Our programme shows the many sides of Dowland’s talents including his lute music, played by the great German lutenist Andreas Arend. The programme also demonstrates how a very important inspiration came to Dowland from Italy, and how Dowland’s music put its indelible mark on the local British tradition. But first of all it features Dowland the great melody-maker. 8 singers, lutenist Andreas Arend and Bo Holten

Arguably the greatest setting of the medieval Stabat Mater text is, curiously, by the keyboard composer Domenico Scarlatti. This virtuosic contemporary of Bach and Handel composed his Stabat in his earlier years, and he wrote it for the unlikely setup of ten solo voices with continuo. As such this work is unique in the 18th century and not comparable to any other piece from this period.

After a decade’s intense study and performance of Italian madrigals, Musica Ficta has in the last year started introducing the English Madrigal school to our listeners. The sudden transferral of the genre to England after 1588 created a wondrous flowering of local madrigal writing, not only like Thomas Morley’s festive and very well known falala madrigals, but also many really serious and complex examples of how the Italian diversity dispersed in Britain and created local varieties unknown elsewhere. During Shakespeare’s and Ben Johnson’s great theatrical years, the English madrigal school developed swiftly to one of Europe’s musical centres. The main composers are John Wilbye, Thomas Weelkes, Orlando Gibbons all of whom ought to be much more known. Musica Ficta loves to sing their exquisite music.

In Musica Ficta’s performance, the continuo part is played by Bjarke Mogensen on accordion! This much maligned instrument has shown itself to be an ideal continuo partner in baroque music, and the Danish world renowned accordion virtuoso has developed into a formidable continuo player, here supporting the ten wonderful voices of Musica Ficta. Scarlatti’s Stabat is a wonderfully long piece, but apart from that you will in this programme also hear Mogensen play his celebrated transcriptions of Scarlatti’s solo-sonatas which lie perfectly under the hands of Mogensen.

- ENSEMBLE IN RESIDENCE AT KRONBORG CASTLE, HOME OF SHAKESPEARE’S HAMLET Musica Ficta, based in Copenhagen, is a professional vocal ensemble, founded in 1996 by composer and conductor Bo Holten. With this group he has realised his vision of a highly flexible ensemble, where the classical Oxbridge early music ideal is combined with the warmth of the Scandinavian choral sound. The ensemble works exclusively on thematic projects, based on the idea that the musical experience is enhanced by letting historical, literary or philosophical perspectives play an active role in programming, as well as in the spoken introductions during the concerts. This starting point has resulted in a series of musical events where location, texts, illustrations and narration combine to give the audience a deeper understanding and experience of an epoch, a composer or a musical genre. During the last 10 years the ensemble and Bo Holten have dedicated themselves to Italian madrigals from the late renaissance, with emphasis on the extreme Italian composer Carlo Gesualdo (15661613). Intense studies at home and research trips in Italy have given the ensemble an unusual

freedom, not only to embellish the music according to tradition, but also to improvise extensively, all of which have become staple ingredients in our programmes. This year 2021 the ensemble celebrates it’s 25th anniversary and for the next three years Musica Ficta will be ensemble in residence at Kronborg Castle – home of Shakespeare’s Hamlet – exploring the court music of Danish renaissance.

Our concert programmes feature some of our favourite composers and we stand ready, day and night, to perform them. In addition, we have many other fixed projects, ideas and dreams, so don’t hesitate to contact us if you have a concept or dream that we can fulfil. All concerts are introduced by Bo Holten who has 50 years of experience both as conductor and composer. Concert fees depend on the actual event, so let’s have a talk and find a price that fits us both. 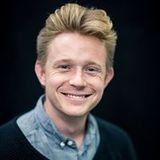