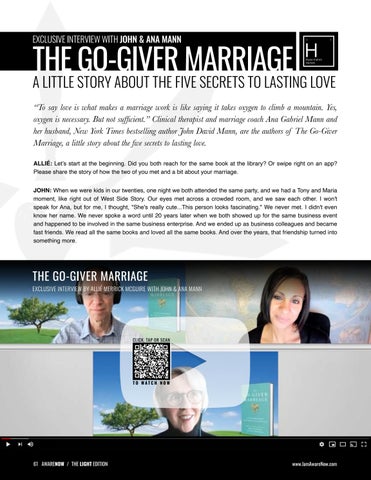 JOHN: When we were kids in our twenties, one night we both attended the same party, and we had a Tony and Maria moment, like right out of West Side Story. Our eyes met across a crowded room, and we saw each other. I won&#39;t speak for Ana, but for me, I thought, &quot;She&#39;s really cute...This person looks fascinating.&quot; We never met. I didn&#39;t even know her name. We never spoke a word until 20 years later when we both showed up for the same business event and happened to be involved in the same business enterprise. And we ended up as business colleagues and became fast friends. We read all the same books and loved all the same books. And over the years, that friendship turned into something more.