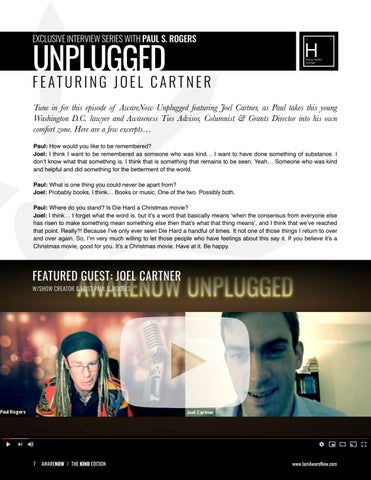 Paul: What is one thing you could never be apart from?

Joel: Probably books, I think… Books or music. One of the two. Possibly both.

Paul: Where do you stand? Is Die Hard a Christmas movie?

Joel: I think… I forget what the word is, but it’s a word that basically means ‘when the consensus from everyone else has risen to make something mean something else then that’s what that thing means’, and I think that we’ve reached that point. Really?! Because I’ve only ever seen Die Hard a handful of times. It not one of those things I return to over and over again. So, I’m very much willing to let those people who have feelings about this say it. If you believe it’s a Christmas movie, good for you. It’s a Christmas movie. Have at it. Be happy.