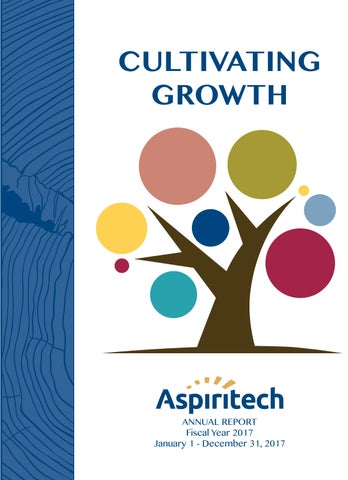 1 A Treetop View 5 Letter from Leadership Seeds of Our Success 8 Mission and Histor y Stretching Our Branches 12 2017 Highlights A Healthy Ecosystem 16 Our Clients Standing Tall 19 2017 Financial Statement Daily Nourishment 22 Our Suppor ters Our Roots 25 Board of Directors, Management Team, and Advisor y Board A New Branch 25 2018 Sneak Peak 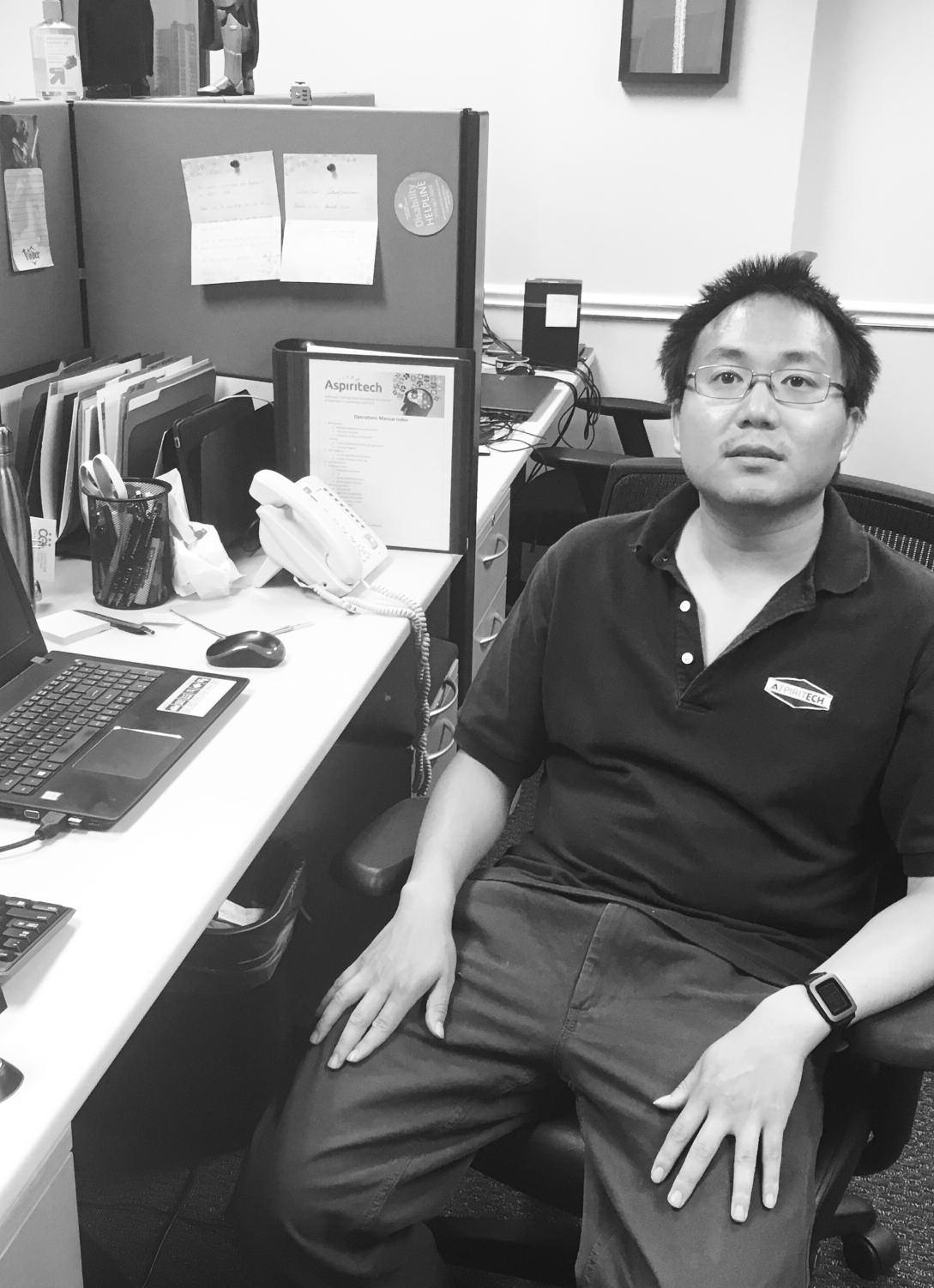 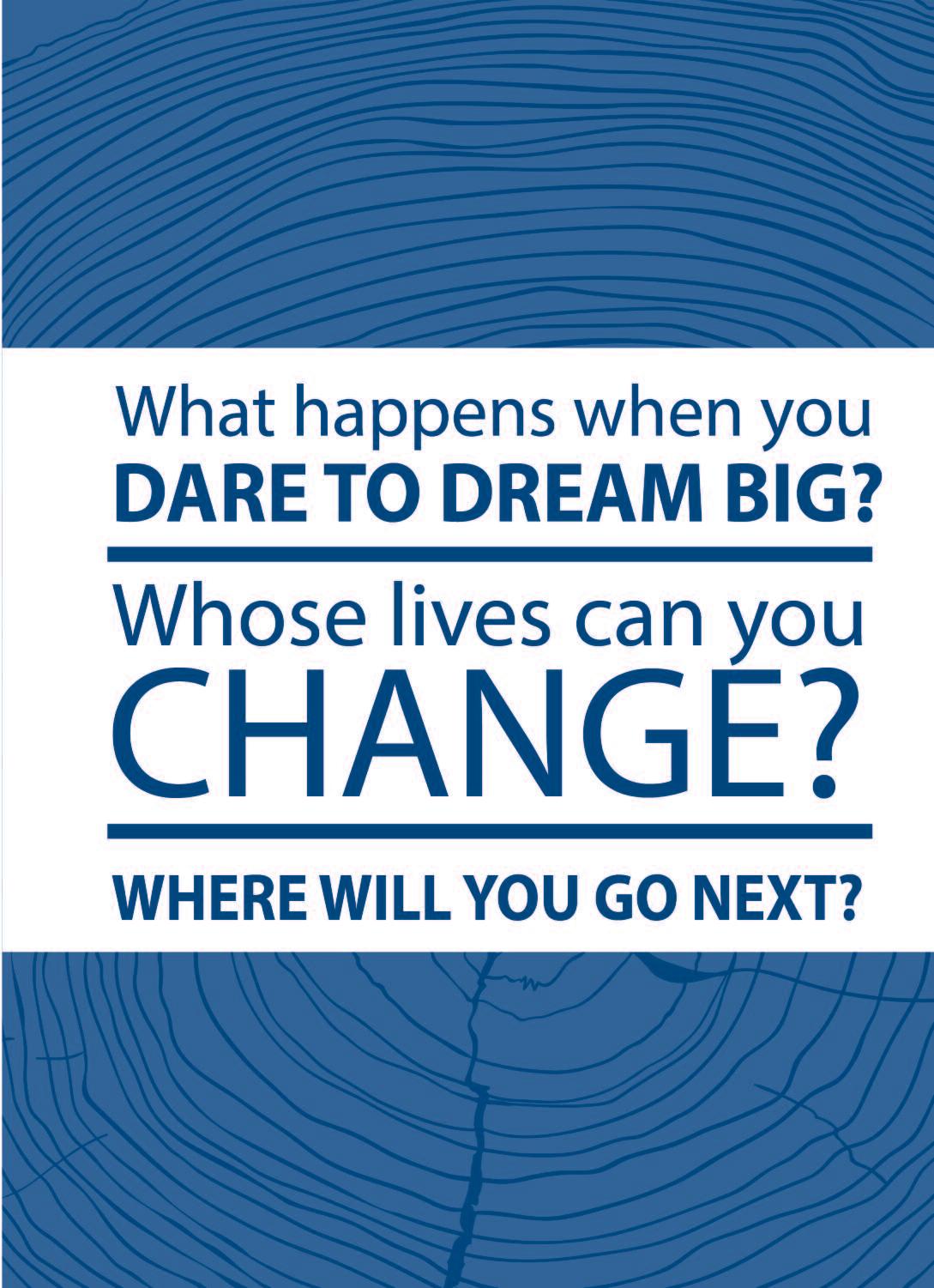 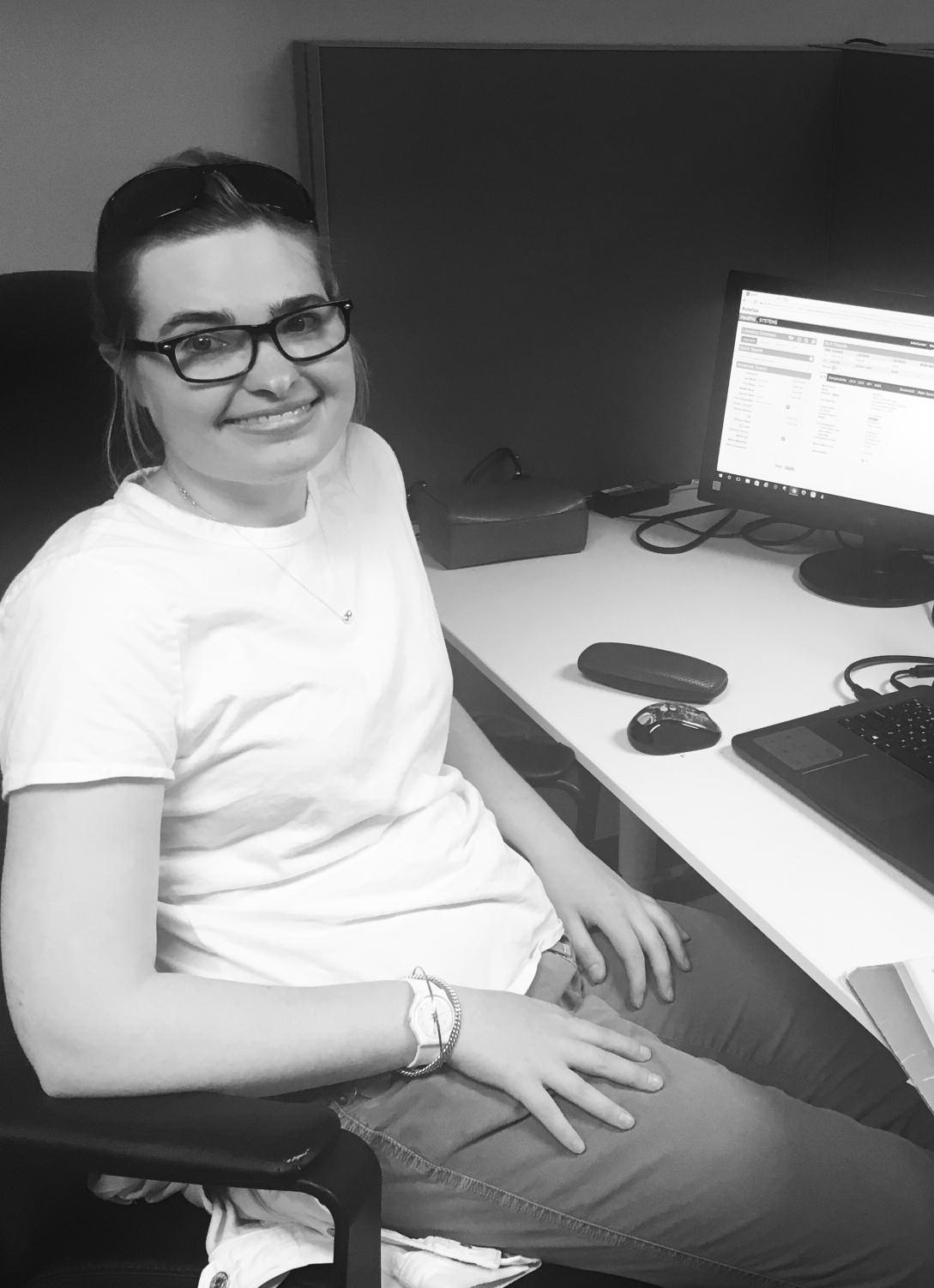 The theme of this year ’s annual repor t, Cultivating Growth, refec ts our past and points to our future. Aspiritech began as the seed of an idea nearly 10 years ago. Since then, we have established strong roots thanks to engaged leadership, received nourishment and encouragement from our donors, suppor ted the economic ecosystem through top notch quality assurance testing at competitive prices, and grown in stature both nationally and internationally. None of this would have been possible without our incredible employees. We currently provide meaningful employment to 75 neurodiverse individuals more than twice as many employees as the beginning of 2016!

In 2017, the Board of Direc tors and staf came together to create a strategic plan. This plan sets the foundation for the nex t three years and paves the way for sustained growth. We will continue to “branch” out in 2018 with expansion into the new space on the second foor of our suburban ofce, as well as a new satellite ofce in Chicago.

When the new ofce opens this spring, we will be able to introduce additional training oppor tunities and create more possibilities for bringing together like minded individuals and groups to build a world that embraces neurodiversity. To that end, we are thrilled to be hosting Dr. Temple Grandin on Friday, June 22. Stay tuned for more information.

This year also brings a change in board leadership. We are exceedingly grateful to Beverly Shapiro and Gene Weiss, M.D., for their decade at the helm. Their dedication and passion contributed in countless ways to Aspiritech’s success. We applaud them!

As our tenth anniversar y year begins, there is much to celebrate and more to be done. Thank you for joining us on this journey, whether you have been there since the beginning or are just getting to k now us. Together, we can help cultivate a more accepting and innovative world. 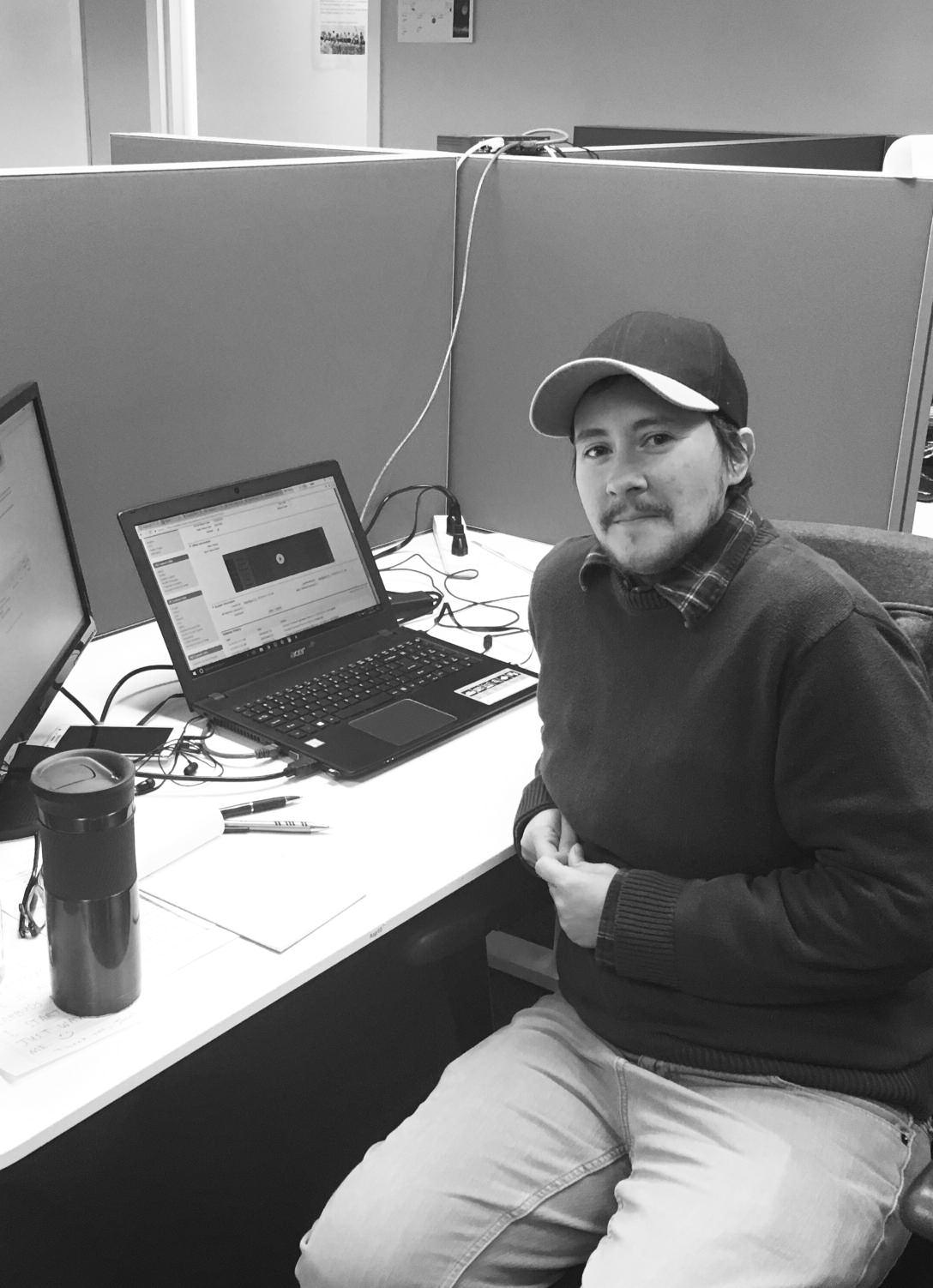 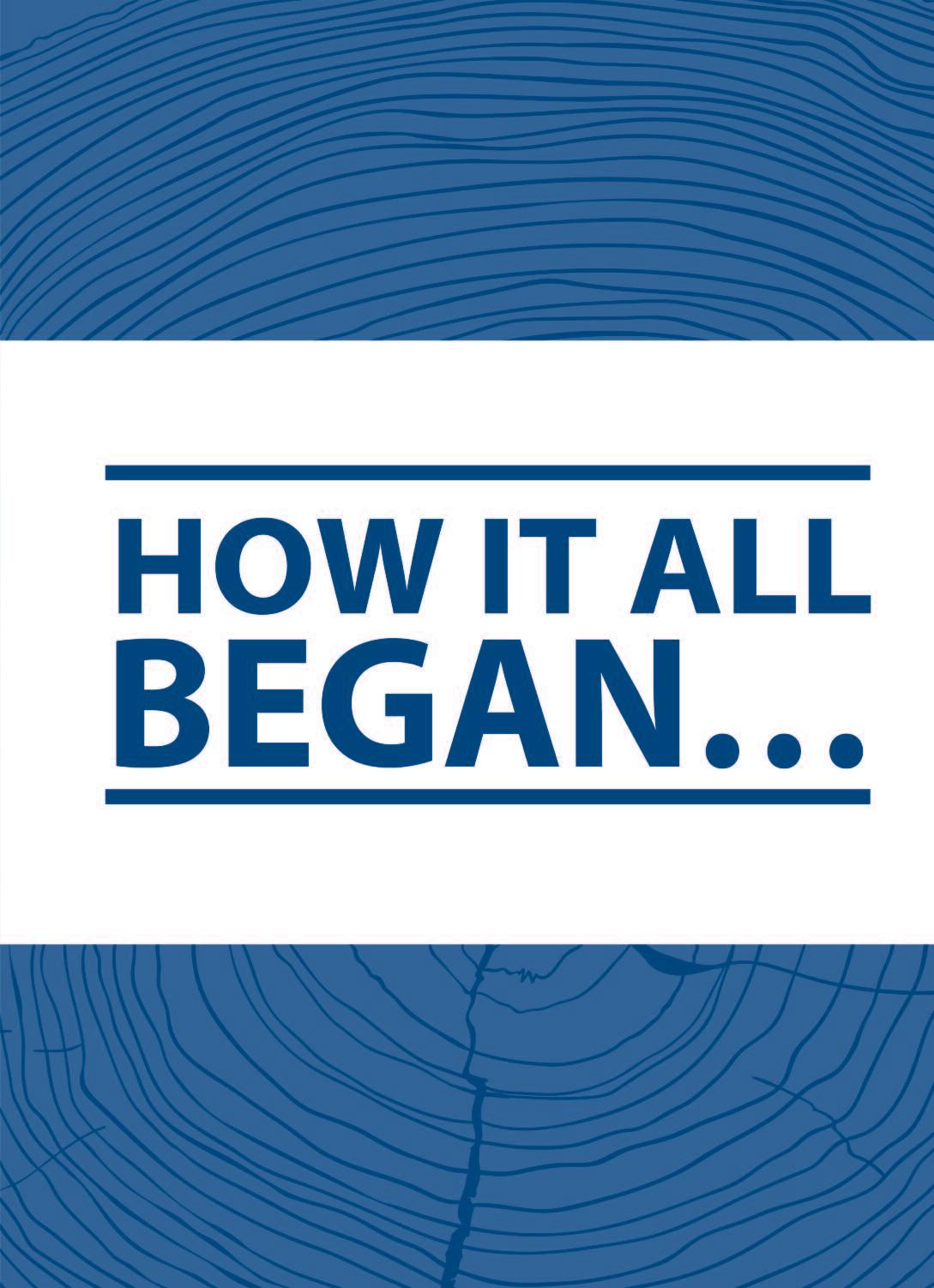 SEEDS OF OUR SUCCESS

But Aspiritech is more than a connec tor. I t can be life changing Our employees tell us, time and time again, that Aspiritech is unlike any other employer “I can be myself here” is a common refrain. “ This is the frst time I’ve made friends at work ” is another Aspiritech is

a place where social quirks are embraced. I t ’s a place where independence fourishes, self esteem grows, and challenges are overcome.

These gains also happen through the Stepping Up & Out Program, which is open to adults ages 18 and up, including those who are not employed at Aspiritech. Many adults on the autism spec trum fnd social interac tions par ticularly challenging. The Stepping Up & Out Program provides a comfor table space to interac t with other adults on the spec trum. Week ly ac tivities, such as game nights, community outings, ar ts and crafts, and group meals, help reduce social isolation and give par ticipants an oppor tunity to improve their social sk ills.

Much has changed in the world since our founding. There is an increasing awareness and understanding of autism and neurodiversity in the general public. There are more companies like ours, and we’ve been happy to ser ve as a role model along the way. Plus, technology continues to evolve. But one thing that hasn’t changed is our purpose. We are proud to provide meaningful work and social oppor tuni ties for individuals on the autism spec trum. 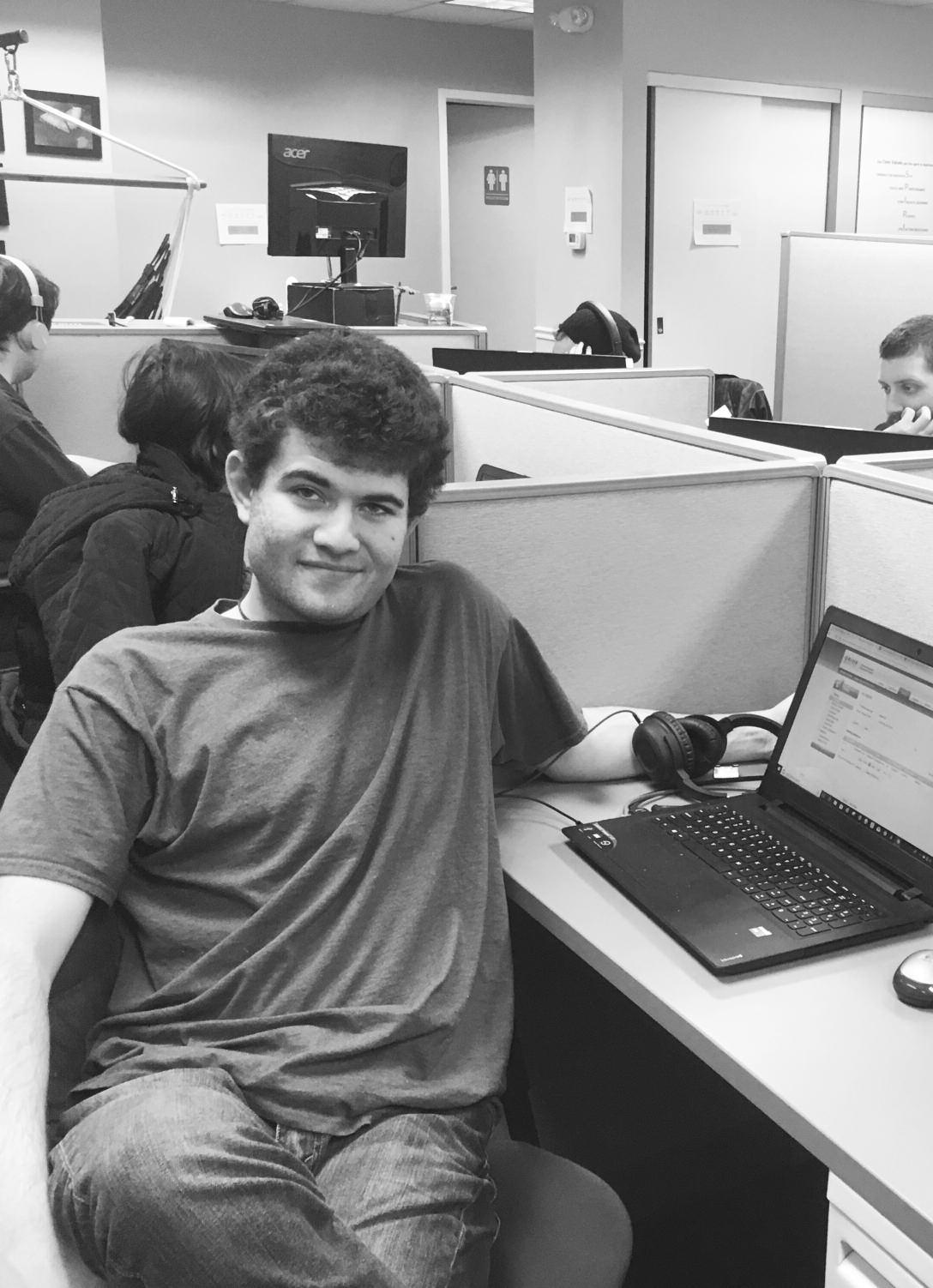 Thanks to a generous grant from the Grandy Foundation, we were able to expand our ofce to the second foor in Januar y 2017. The additional 4,500 square feet of space includes private con sultation and meeting rooms, space for 30 more analysts, and a larger gathering place for staf meetings and Stepping Up & Out.

The percentage of employees work ing full time hours increased from about 25 percent to 36 percent Full time employees are eligible for the company health plan.

A Map For the Future

Executive Ser vice Corps (ESC ) of Chicago helped us formulate updated mission and vision statements, as well as a new strategic plan. The three year plan sets exciting goals for the nex t phase of our growth and development 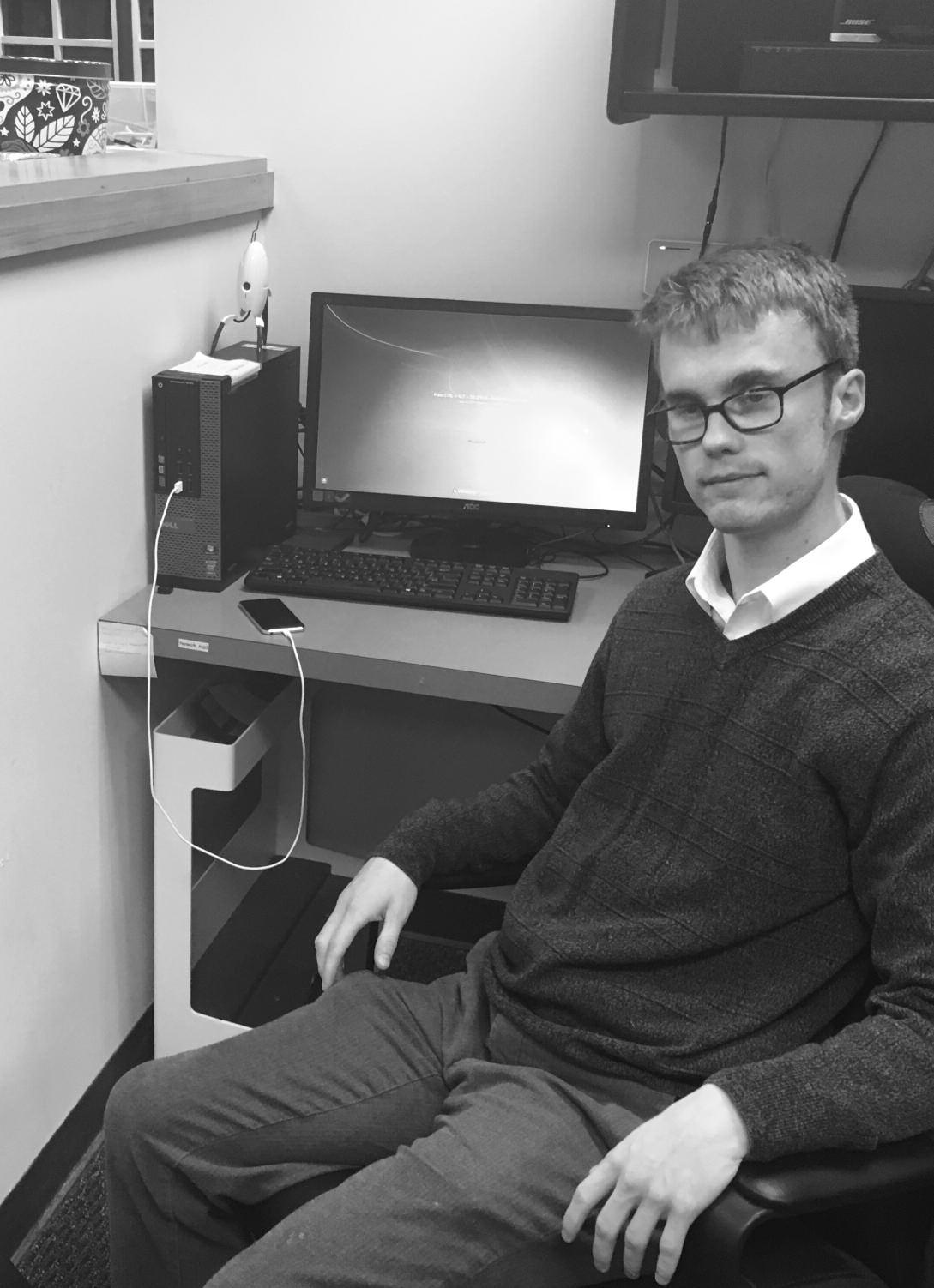 Aspiritech takes great pride in providing tremendous ser vice for clients from a range of industries. In 2017, our client work grew by 80 percent over the prior year. We ofer quality testing that is on time and on budget. This case study gives a sneak peek into the process.

In November 2017, one of the countr y ’s largest branded food operators contac ted Aspiritech for guidance on how to make its popular website accessible for individuals with disabilities. Aspiritech was asked to identify all necessar y types of testing to ensure compliance with Sec tion 508, as well as lead the testing efor ts. Aspiritech employed its team of DHS Cer tifed Trusted Testers to run the projec t.

In summar y, Aspiritech was able to break down all features and func tionality of the website to thor oughly test for compliance. 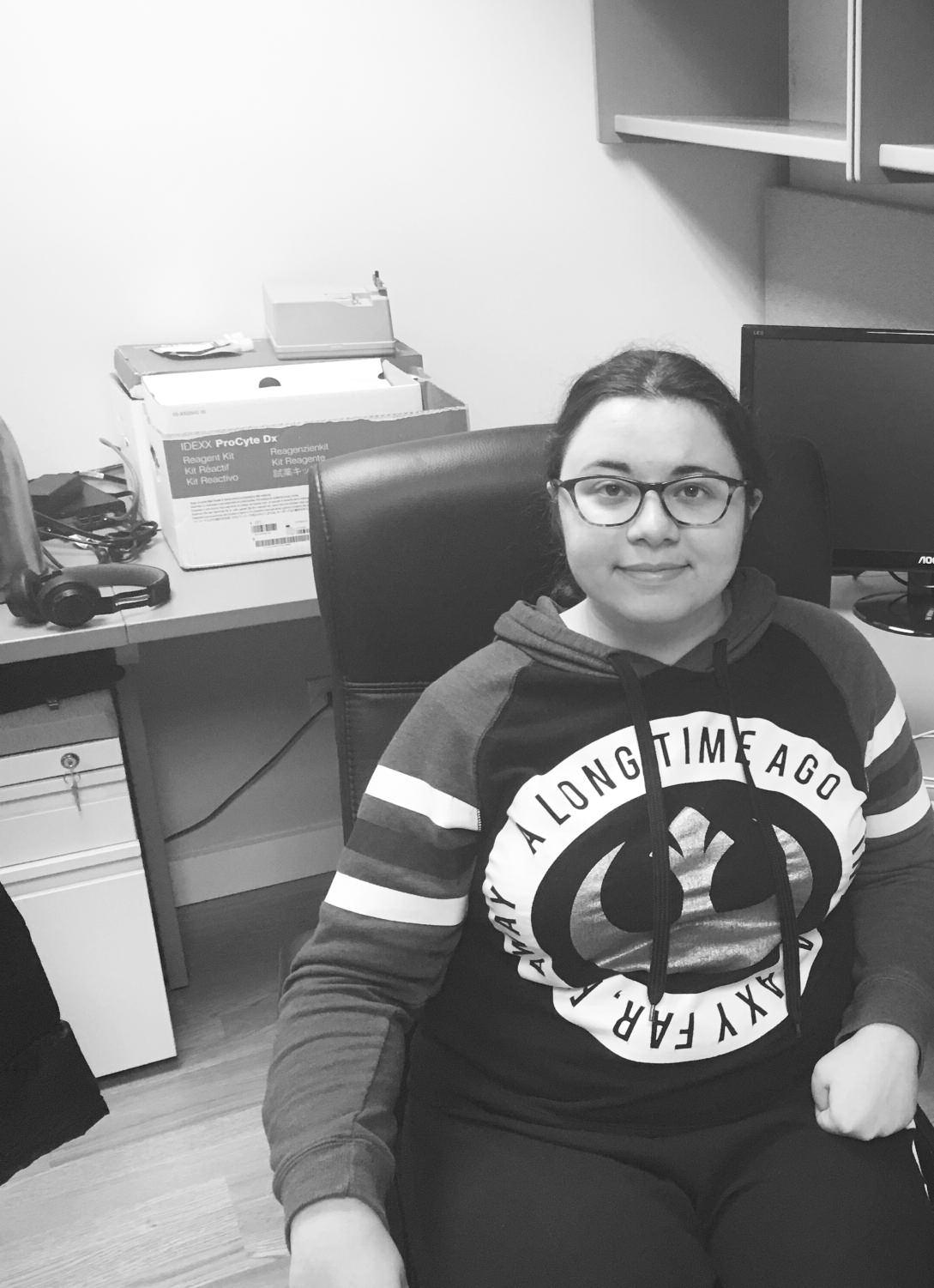 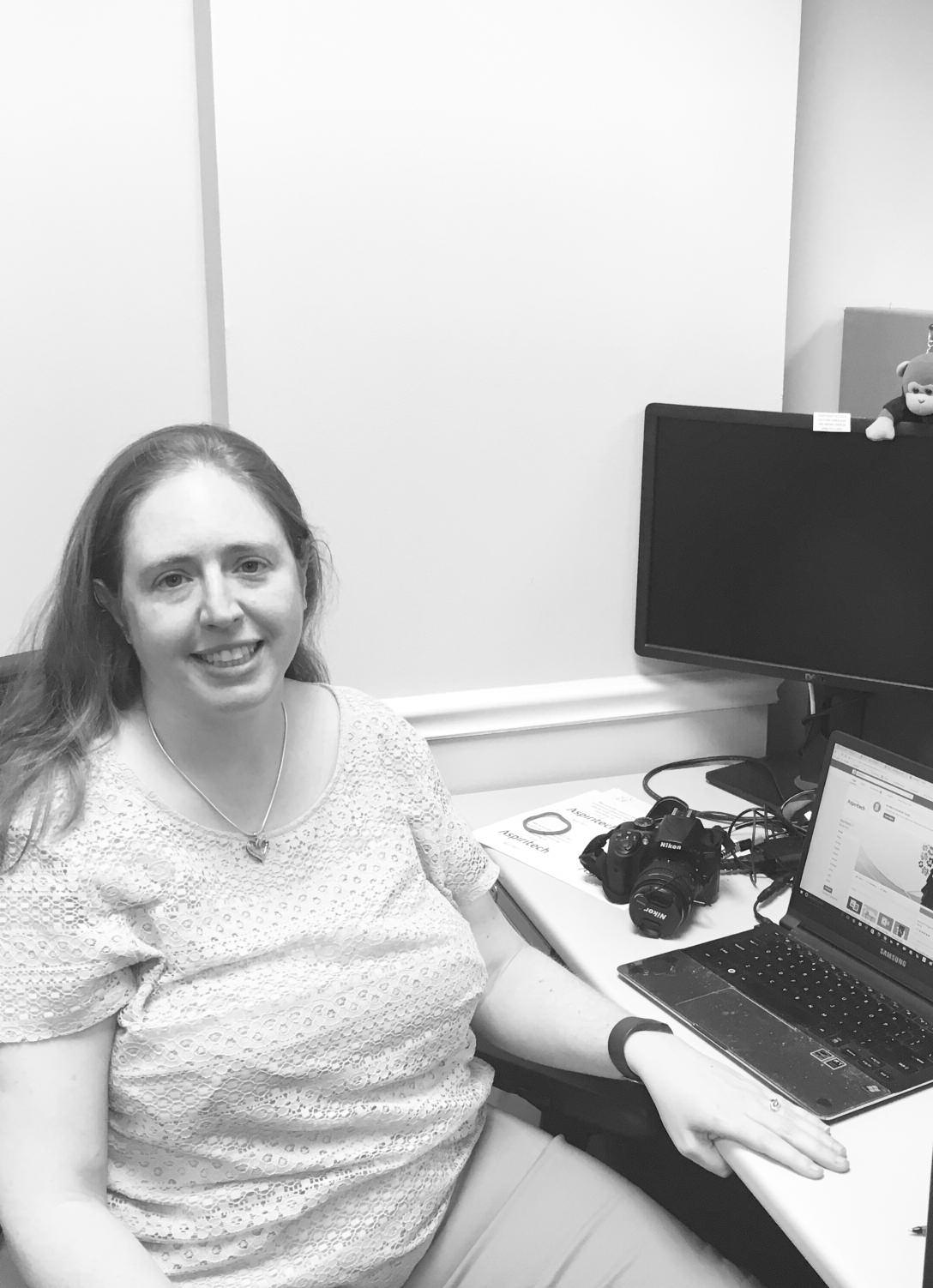 WE COULDN’ T DO IT WITHOUT YOU…

Teri and Dennis Dudasik , in memor y of Lillian Kodros

K arl B. and Deborah Fields, in honor of Dunham Leiner Dan Garner

Dr. Louis and Suzanne Greenwald, in honor of Beverly Shapiro

Mar yBeth and Tom Brown Pete and Joanne Buchhop Charles and Carol Calcaterra, in honor of the Bielsk is Dr. and Mrs. Duke Cameron Lynda and Scott Canel

Kur t A. and Marguerite Feichtmeir

Jan Pilarsk i and Jay Tidmarsh

Board of Directors, Management Team, and Advisor y Board

Stay tuned for more information about 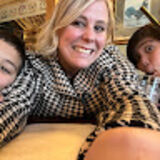