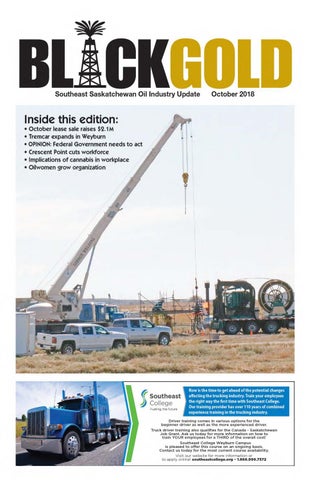 Will oil and gas demand be affected? By Brad Hayes, Daily Oil Bulletin

Worldwide, coal demand may decline, oil demand will eventually level off, and natural gas demand will continue to grow. If this is true, then clearly the oil and gas industry will stay busy for the next 30 or more years meeting society’s demands. But will fossil fuel demand really continue to grow? Many nations have met at high-profile summits — like Kyoto and Paris — leaving with agreements to reduce their production of carbon dioxide and other greenhouse gases. Apparently rigorous targets have been set, although when the time for real action comes, questions begin to arise: How much reduction is required to meet a certain temperature goal? Do we get credit for natural sinks like forests? How important is methane, and do we count bovine flatulence and other “natural” methane sources alongside natural gas leaks? Recently, Derek Burney (Canada’s ambassador to the United States from 1989 to 1993) commented: “It is not a question of climate change denial. Rather, it is an acknowledgement of what works and what does not work. That reality check is coming home to roost as politicians grapple with explanations of policies that voters will endorse, as opposed to cost-free sentiments that can be more universally endorsed.” There’s the key. People in the developed world (OECD countries) — and particularly in North America — are great at expressing cost-free sentiments. Many people have no problem with speaking out against Big Oil, Big Pipeline, Big Government, or other perceived offenders — it costs them nothing. They seem to think that by speaking out and protesting that they are accomplishing something positive. But what are these same people doing themselves? It is obvious that society’s total energy demand is simply the sum of the energy demands of individuals. If we are to reduce overall energy consumption, every one of us must use less — yet very few individuals are taking meaningful steps. Some examples: We are buying more and more large vehicles with internal combustion engines. Ford will discontinue manufacture of almost all car models in North America within two years in order to focus on building more popular (and more profitable) SUVs and light trucks — which consume far more gasoline than small cars. The U.S. government is talking about delaying increases in vehicular fuel efficiency standards. Electric vehicles are still only a tiny fraction of new vehicles purchased; The Economist reports that public transit ridership is flat or declining in many North American cities. Greyhound recently announced they will discontinue most western Canadian bus routes, because too few passengers are riding the bus; they are driving or flying instead; The airline industry, a leading oil consumer in the transportation sector, is growing rapidly as more and more people fly to more places; We demand more and more electricity to power our lifestyles, offsetting efficiency gains from improved technology; A sterling example of passing off personal responsibility — the B.C. NDP government talks emissions reductions and engages in the ineffectual strategy of obstructing pipeline construction, yet complains about high gasoline prices and removes tolls from major bridges in the Lower Mainland — so that voters can drive more for less money. When governments tell individuals to take steps to reduce energy consumption — steps that cost them personally, like a carbon tax or a road toll — many people push back. Voters dismissed a government in Ontario that drove up their electricity rates, some other provincial governments refuse to fall in line with federal carbon-pricing proposals, and opposition parties in Alberta and federally are campaigning with some success against carbon taxes. And a recent Nature editorial noted that “climate debates depose a third prime minister” in Australia. So if (nearly) every individual in the developed world continues to demand more and more energy — how can we possibly consume less fossil fuel and produce fewer emissions? Even anti-fossil fuel advocates like David Hughes (Post-Carbon Institute, Canadian Centre for Policy Alternatives) are beginning to admit reality. In his recent report Canada’s Energy Outlook, he states: “Environment and Climate Change Canada’s pan-Canadian framework for emissions reduction by 2030 is an aspirational document with little quantitative information on how much individual measures will cut emissions,” and, “Development of up to 101 new Site C sized dams and 108 new [nuclear] reactors, as called for in some of these scenarios, indicates the scale of the problem in reducing emissions.” In other words, there is absolutely no way in the foreseeable future we can build sufficient non-CO2-emitting power generation to fulfil the needs of Canadian society. And we can draw that conclusion without even talking about intermittency of power output from solar and wind, and the time it will take to develop effective and economical electrical storage at a useful level. So to summarize: many governments in the most-developed countries say they want to reduce greenhouse gas emissions, but they are failing because too few citizens will make the individual energy consumption sacrifices required. People in developing countries want modern lifestyles and energy consumption — and while they may object to real air pollution (smog and harmful chemicals), carbon dioxide concentrations do not concern them. So the projections of increasing worldwide fossil fuel consumption in the coming decades make perfect sense, regardless of emissions agreements and climate change concerns.

The federal government needs to act

he discussions over whether the Trans Mountain pipeline will ever get built is a never-ending saga, but the federal government insists that it will happen, someday. Considering the millions of dollars of taxpayers funds used to acquire it from Kinder Morgan, the ball is in the government’s court, so to speak, as they need to now move forward and make the pipeline expansion happen. Meanwhile, the oil and gas sector on the Prairies continues to ship oil by rail tankers and trucks, but not at a high enough volume to be viable in the longterm for supplying tanker ships at West Coast ports, or in the Gulf of St. Lawrence, for shipping to overseas customers or down to refineries in the United States. The price of oil has edged up into the $70-range, but the fluctuations in the price has been such that it’s difficult for oil companies to know if this is a viable price where they can resume oil production at a sustainable level. Lying at the core of the opposition to the pipeline, other than environmental

interests, is pure politics on the part of B.C.’s NDP-Green Party government, who are fighting the NDP government of Alberta, who are feeling the pressure of oil producers and want to get this done. Nowhere is the good of the Canadian economy or of Canadian residents ever the focal point, it’s all territorial wrangling, with the First Nations thrown into the mix to muddy the waters. The First Nations people who reside on the coast claim they don’t want it, but there are many First Nations people along the pipeline route who do want it, recognizing that jobs for their people are possible with the construction of the pipeline expansion. Those on the West Coast have won some of the skirmishes and battles, while the federal government has been frustrated at getting anything done. They need to step forward and, first of all, show that they have done their due diligence in terms of environmental protection, and secondly, truly act in the best interests of Canadians, the Canadian economy, and the businesses that drive it. Volume 2