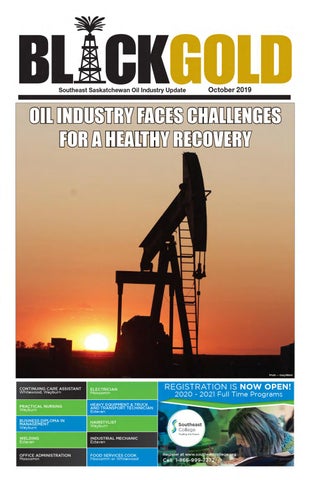 hile conventional oil and gas exploration has declined precipitously in Canada, it’s still alive and well around the world. Isn’t it? In the major producing basins of North America, decades of intensive exploration have identified most of the major hydrocarbon pools, spinning off huge datasets to guide exploitation of massive unconventional oil and gas resources. Other areas of the world are not as intensively explored, however, and there is great potential for significant discoveries in sedimentary basins on every continent. Many countries in the developing world, including China, India, Pakistan, Argentina, Colombia, Brazil, Mexico and others are doing everything they can to expand oil and gas production. They understand that the road to prosperity is created by energy, and that only oil and gas can make that road a highway. There are many issues influencing international exploration and reserves growth. Let’s look at a few of them. History – Major oil-producing areas of the world were defined decades ago by early exploration successes by major oil companies of the day – for example, in the Middle East, Russia, Nigeria, the North Sea and Venezuela. Infrastructure and markets were built early on, and investors flocked to areas with proven success. And today – investors are very averse to high-risk, high-reward “greenfield” exploration in basins without established production. Many perceive that their dollars are better spent in developing established unconventional plays or stepping out from established discoveries in wellknown basins. Political risk used to refer only to the concern that the government overseeing a prospective basin was unstable or unreliable, and that business or economic parameters could change very quickly, rendering an investment uneconomic. Now “political risk” can also mean that the host country has or will bring in onerous regulations hindering oil and gas development, often with environmental concerns in mind. While we are still correct in thinking of places like Sudan, Nigeria and Kazakhstan having classical political risk, we now have to consider countries like Canada, France, New Zealand and the U.K. to have considerable political risk arising from environmental regulations. And even when we think we have the risk situation figured out, things can change quickly – as we’ve seen happen lately in Mexico and Argentina with profound changes in government and attitudes. Regulatory regime is also critical in establishing business confidence and therefore exploration investment. Countries with little regulatory experience, or with onerous regulatory requirements, make it difficult to develop confidence that an exploration investment can progress to economic returns. Land tenure is part of this topic – while Canada and the United States have different systems, both favour highly competitive acquisition of land positions. Elsewhere, infrequent auctions of large acreage blocks acquired using production sharing agreements instead of up-front bonus bids can essentially sterilize exploration prospects for years at a time. Database access is also critically important – Canadian oil and gas have grown on open public access to critical datasets like well logs, cores, well tests, lab analyses, and production statistics. New Zealand goes one better, making some seismic data available after a land tenure has expired. In contrast, many countries keep datasets confidential, and release them only to support auction bids. A final note — Canadian oilfield expertise is still highly regarded in many parts of the world, so we’re seeing talent and equipment moving overseas to follow the potential. Perhaps, if we’re lucky, some will be left to come back once Canadians across the country understand the importance of domestic oil and gas.

egardless of the outcome of the federal election, the fact remains for the oil and gas industry that they have an uphill climb back to being in a favourable position in the minds of Canadians. There has been a marked campaign against anything resource-related in this country in the last few years, and to a major extent, this has been a campaign of misinformation and propaganda that has largely gone unchallenged in the media and in society. Commentator and journalist Rex Murphy has spoken often about this situation, and while speaking at the Saskatchewan Oil and Gas Show in June, he pointed out that while other countries promote their resource sector, in Canada the energy industry is made out to be the villains of the country. The resources of landlocked Saskatchewan and Alberta are not being developed or exported the way they should be, out of fear for the climate and imminent demise of the planet, promoted by media stars like Greta Thunberg, a 16-year-old environmental activist from Sweden, and celebrities who pronounce the evils of the oilsands. The fact is, this country and this world still needs and uses fossil fuels, and they need a

reliable ongoing supply of oil and gas to continue manufacturing of all sorts of items, not to mention the operation of vehicles, and natural gas for heating, just to name a few of the needs that we have. Some factors will depend greatly on the outcome of the federal election, such as the punitive carbon tax that has been placed on a few provinces unfairly, like Saskatchewan. If it is continued as the Liberals have proposed, it will continue to make goods and services more and more expensive, and it has nothing to do with paying for pollution. There will be no measures paid for by the millions of dollars siphoned out of the economy through the carbon tax, and the environment will not be better off — and what’s worse, the carbon tax will only get more onerous and punitive with time, as it will go from $20 a tonne of greenhouse gas emissions to $50 a tonne in just a couple years. The fight against pipelines will also continue unabated, unless governments are in place who can make projects like TransMountain expansion a reality. A new campaign is needed, one that puts forward the real facts of the energy industry, and promotes the need for Canadian oil.