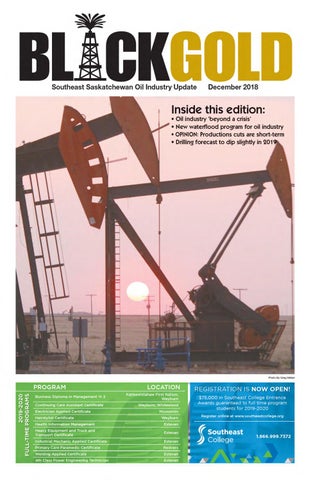 By Mark Zalucky, Sayer Energy Advisors The current oil price differentials are impacting the Canadian oil and natural gas industry in unprecedented ways. The price of Western Canadian Select (“WCS”) hit a recent low in the second half of 2018, dipping below US$14 per bbl. This price translates to a differential of about US$40 per bbl when compared to the price of West Texas Intermediate (“WTI”). With this steep discount Canadian producers have been experiencing significant uncertainty. With third quarter 2018 mergers and acquisitions (“M&amp;A”) activity having slowed down, could this current price differential environment create an opportunity for increased near-term industry activity? The total M&amp;A enterprise value of transactions in the third quarter of 2018 decreased 39 per cent to $2.9 billion from the $4.8 billion recorded in the second quarter of 2018. On a yearover-year basis, M&amp;A activity decreased 35 per cent from the $4.5 billion recorded in the third quarter of 2017. Lower WCS pricing and unclear expectations on the seemingly never-ending wide differentials have created dents in the perceived value of many industry players. Sayer’s office has had its fair share of discussions on how differentials are affecting M&amp;A values, resulting in both buyers and sellers struggling to understand the new pricing environment. There are, however, signs showing we could be reaching an inflection point. The differential issue may be creating opportunities for industry players who are well positioned to take advantage of the current pricing environment. Husky Energy Inc. recently announced its intention to acquire MEG Energy Corp. in a hostile take-over bid valued at approximately $6.4 billion, suggesting it as an opportunistic deal for MEG shareholders during these times of widening differentials. International Petroleum Corp. (“IPC”) announced early in the fourth quarter its intention to acquire heavy oil producer BlackPearl Resources Inc. for approximately $861.3 million, noting that weak oil prices played a role in the reasoning behind the takeover bid. In late September, Husky announced its intention to acquire all of the issued and outstanding shares of MEG for either $11.00 in cash or 0.485 of a Husky share subject to a maximum aggregate cash consideration of $1.0 billion and a maximum aggregate number of Husky shares of approximately 107 million. MEG’s assets are SAGD oilsands properties in the southern Athabasca oilsands region of northeastern Alberta. MEG produces oil from its Christina Lake oilsands project and has additional projects in the Surmont and May River areas. In a presentation detailing the proposed transaction, Husky states that a benefit of the combination to MEG would be a material mitigation of MEG’s risk exposure to heavy oil differentials in Western Canada. Husky expects these wide differentials to persist into 2020. Husky also outlines synergies relating to additional margin capture via Husky’s midstream and downstream infrastructure and transportation commitments. IPC’s offer to acquire all of the issued and outstanding shares of BlackPearl is based upon a share exchange ratio of 0.22 shares of IPC for each BlackPearl share. On a volume weighted average price of IPC shares for the last 30 days, prior to the announcement of the transaction, the acquisition price works out to be $1.85 per BlackPearl share. BlackPearl’s main properties consist of a conventional heavy oil property with thermal development on portions of the land in the Onion Lake area of Saskatchewan, a SAGD oilsands project in the Blackrod area in the Athabasca oilsands region of northern Alberta and a conventional heavy oil property located in the Mooney area of north-central Alberta. IPC’s Chairman Lukas Lundin stated publicly “right now, the Canadian oilpatch is getting killed by the differential, which is enormous. But over time we think that’s going to change because there’s going to be some pipelines coming up. So if you survive this short-term pain, the long-term gain is very big.” As with the previouslymentioned Husky and MEG deal, IPC also seemed to have looked past the current differentials and recognized an opportunity in BlackPearl’s heavy oil inventory. The Canadian oil and natural gas industry has faced many pressures, with widening differentials being the most recent obstacle. Third quarter 2018 M&amp;A activity has shown a further industry-wide slowdown when compared to last quarter and last year; however, we could be reaching an inflection point as this environment seems to be setting the stage for some opportunistic acquisitions. The players with strong balance sheets are well positioned to pull the trigger on opportunities that are created from today’s price differential issues. It will be interesting to see how this unfolds in the near future.

Production cuts are short-term only

he oil-producing provinces (namely Alberta and Saskatchewan) seem to be in a bad situation with Ottawa, and this is not the first time this has happened in Canada. If one hearkens back to the days of Pierre Trudeau and the National Energy Program, then-Premier Peter Lougheed of Alberta had a showdown in regards to the oil industry. It won’t surprise many people that now another showdown is brewing with Pierre’s son, Justin, other than the fact that an NDP government is the one starting to apply the pressure. This unlikely scenario now has Premier Rachel Notley asking that province’s oil producers to begin reducing their production starting in January by around nine per cent, in a bid to get the price of oil back up to where it should be. The scenario is unlikely because she has all-party support in Alberta for her move. Here in Saskatchewan, the government has not seen fit to follow suit with the oil producers as of yet. The move by the Alberta NDP is a risky one that not all oil companies support. Some, like Cenovus, are supportive, but others like Imperial Oil and Suncor do not support the move. Notley says this is a temporary measure —

but what does that mean? Markets and prices, and subsequently levels of production and employment, all move slowly, and it would take a long space of time to effect any real benefit for the oil industry and to those employed (and, currently, unemployed) by that industry. What is needed, and all players outside of Ottawa agree on this, are pipelines, to enable crude petroleum to be moved to tidewater so it can be shipped to foreign markets. Right now, the U.S. has Canada by the throat and that is why there is a huge differential between the heavy crude produced out of Alberta and the West Texas Intermediate price. The U.S. knows that producers here have no other market they can send their oil to, so they can cripple our economy and pay ridiculously low prices for our resource. Even if the federal government had any sense and compassion for the West (which they clearly don’t), it takes time to build pipelines, and for those pipelines to then be able to move large amounts of crude oil that can be shipped elsewhere. The cuts in production is a short-term solution, by Notley’s own admission, but what is needed is a long-term solution: more pipelines. — Greg Nikkel