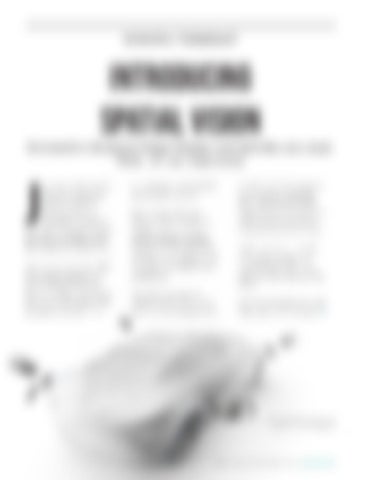 Automotive design no longer begins with sketches on a page. Now, it’s an experience

area where they could apply their

To achieve these aims, they turned

to VR. Kunze says: “We realised

that VR offers huge potential for

Kunze, who spent the years

designers because it maintains one

between CERN and meeting up

of their greatest assets for good

good software developers do when

with Mattmann as a freelance

design: the human sense for space.”

they came up with their concept:

they simplified an existing process.

“We began talking about how we

“And it comes with a—literally—

both felt that CAD software is way

Some years after meeting at CERN

too complex and intimidating to

(the European Organization for

feels more natural than pushing a

“We wanted to develop a 3D

modelling software that is easy to

By introducing spatial vision to the

by automotive designers as an

get started with and intuitive to use.”

initial stages of the automotive &gt;&gt;

Do you want to know more? Visit: /Automotive

Technology such as VR and AR will play a crucial role in the new normal, as the latest issue of VRWorldTech Magazine demonstrates, with its focus on the automotive industry and insights in retail, healthcare, and art and culture. The Covid-19 pandemic has taught us that a person with a family doesn’t need to spend their entire lives in an office, shackled to their desktop computer and unable to share a meal with their family. They can and must be able to work remotely, a practice made all the more simple by immersive technology. Young people don’t need to miss out on an education because schools, colleges and universities are closed, as they are now. Smartphones are more than capable of hosting immersive content and bringing instructor-led lessons to them, rather than the other way around. 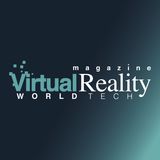