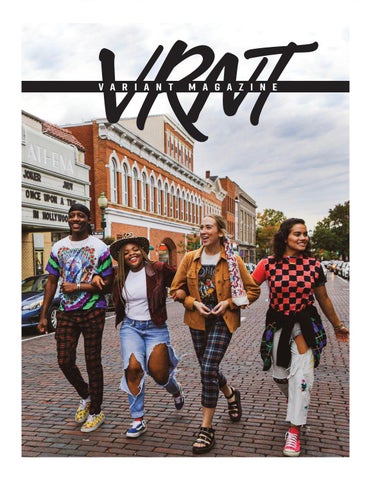 Editor letter from the

STAY CONNECTED WITH US!

Word on the street

From coast to coats

HISTORy of the brick CIty

hen approaching Court Street late at night, music travels from the bars, but the sound of people cheering echoes louder. Amongst the students and bustling nightlife, street-performers can be found lined up and down the bricks of Athens to entertain those passerbyers. Brandon Hall can attest to what life is like when performing on the streets. A 10-day road trip with his family turned into two years of backpacking across the country in order to spread his love of music. From New Hampshire to Massachusetts to Ohio, he continues to play for the people who are willing to stop and listen. Just like his journey across the country, his journey to mastering the guitar has also just begun. Hall experimented with the ukulele three years ago after he heard the song “Ukulele Anthem” by Amanda Palmer and quickly learned that he wanted more music in his life, so switched to the guitar. “After listening to that song for the first time, it made me want to start playing music,”

only one on Court Street with a trick up his sleeve. A band of jugglers emerged on campus this year and are hopeful that they’ll continue to grow by hosting more practices and performances. Benjah Miller, Tim Smith, and a few other Athens residents have set out to impress the public with a talent that few can manage. Miller, having earned his master’s from Ohio University, decided to prolong his stay in Athens to carry out his passion in juggling. They made their juggling club debut on Court Street in September and plan on improving their skills and increasing their group numbers through weekly practice. Miller, juggling now for 3 months, and Smith, now juggling for over a year, hit the streets as a hobby and use it as time to practice something they love. “For me, any activity that uses both your right and left brain, not just one side of the body, that’s

Hall said. “It says that music can change the world and that it might be a better world if people learned how to play.” Guitar in hand, Hall spent seven days playing on Court Street and made connections with all walks of life before leaving Athens. He found the beauty in what those connections have to offer to his life and what he could offer to them. Athens specifically stuck out to him because of its history as well as the kind hearted people who were excited to chat with him. Although his time in Athens was short, it is a place he won’t forget. “Music is a beautiful, interesting and dynamic thing between the crowd and the performer where they feed off of each other,” Hall said. “I’m trying to spread some love with my guitar to others and hope that love bounces back to me.” Hall is one of the many musicians making the cross-country trek to spread music but isn’t the

“It says that music can change the world and that it might be a better world if people learned how to play,” Hall said.

showcases her vibrant watercolor art through tattoos that she designs and inks by hand. 8LVSYKL 7OMR ,SSOIH 8EXXSS WLI [EW EFPI XS I\press her passion and even left her mark on the many people who walked out with her artwork permanently on them. :MIVIKKI FIKER HVE[MRK EX E ]SYRK EKI ERH MX has been her passion ever since. After moving to %XLIRW X[S ]IEVW EKS WLI HIGMHIH XLMW MW [LIVI she could make her dream a reality. She has dedMGEXIH LIV PMJI LEPJ XS TEMRXMRK ERH LEPJ XS MROMRK FYX WLI ½RHW E [E] XS TVEGXMGI FSXL %W WLI WIXW YT LIV WXERH SR &#39;SYVX 7XVIIX WLI VIEHMIW LIV paint brush and pens for pictures of landscapes as well as individual portraits. “I’ve met so many cool people who have stopped to look at my stuff. Some of my best JVMIRHW LIVI RS[ EVI NYWX WXVERKIVW XLEX - QIX ²

:MIVIKKI WEMH ±- HVI[ E portrait of this girl who eventually ended up letting me stay with her at the time and we became best friends.” The life experience that she has gained on the WXVIIX QEOIW :MIVIKKI [ERX XS WTIRH QSVI XMQI doing what she loves. As she collects money from LIV TSVXVEMXW ERH TEMRXMRK LIV KSEP MW XS TYX E TSVtion aside to donate to charities for more sustainable products and living. Her love for drawing has led her to a career she never thought she would ½RH FYX SRI XLEX WLI RIZIV XEOIW JSV KVERXIH 1YWMG EVX HERGMRK NYKKPMRK QEKMG ERH QER] more talents are showcased along the bricks lining Court Street. Whether it be a hobby or a quick [E] XS QEOI GEWL EPP WXVIIX TIVJSVQIVW LEZI E reason for hitting the streets to show off what makes them different. The next time an artist is at [SVO XEOI E GPSWIV PSSO MRXS XLIMV [SVPH XS WII what excites them.

While the students wake up and sleepily lug their backpacks up hills to class, one-by-one food vendors pull into their spots on East Union Street and get ready for a day full of perky Athens residents and escaping the parking enforcement officers. The first to arrive is David Torres, owner of D’Angelo’s coffee, in his simple, silver truck with a black logo. An Athens native, Torres is just happy to be selling his exotic coffee in the “center of the universe.” This is the first year D’Angelo’s coffee truck is in business. He doesn’t mind the learning curve, though. “There’s only one way to get experience,” Torres said. “And that’s experience.” Before the truck, Torres was officiating sporting events and working in the construction business. He loved every second of it, but when

his parents came to him with the proposal to start a coffee business, it was an offer he couldn’t refuse. The idea for his truck was no impulse decision. Before Whit’s Frozen Custard opened on the corner of Court and Union Streets, Torres had considered buying the storefront to open a coffee shop. However, it wasn’t the right time for him. “People don’t often think about the different aspects that go into opening a successful business, especially coffee,” Torres said. “It’s more than figuring out which types of coffee to buy and then serving it.” There are financial forms to fill out, warrants to get and menus to create and test. For Torres, all the work he does outside of business hours is worth the trade-off of sitting in the

tive over the things he holds dear to his heart. Heâ&amp;#x20AC;&amp;#x2122;d never let his children have sleepovers when they were young because he felt it would distract them from their hard work. While showing off pictures of his newFSVR KVERHWSR 7LEMOL HIWGVMFIH LMW VSYXMRI ERH what he does each day to support his business and family. His devotion to his work is clear. He [EOIW YT IEGL QSVRMRK EX E Q XS KIX XLI prime spot on the corner. Sleeping in his van JVSQ E Q XS E Q MW E GSQQSR SGGYVVIRGI for Shaikh until he drives home to get his mornMRK GYT SJ GSJJII 8LIR EVSYRH E Q LMW [MJI

People are drawn to the trucks for many VIEWSRW FYX XLI] EVI all united in a friendly community that adds character to the streets of Athens.

will drive him back to the buggy so he doesn’t have to worry about parking meter fees. Shaikh has been witness to many GLERKIW SR XLI WXVIIXW SJ %XLIRW FSXL PIKEP and social. There have been different vendor laws that Shaikh complains about heavily. He is impressed with the current laws and believes that the mayor understands the street vendors. He also believes that people are much nicer now and are willing to have conversations past what they want to eat that day. ,I PSZIW XS XEPO [MXL WXYHIRXW EFSYX TSPMXMGW especially his experiences as an MQQMKVERX ERH LS[ XLI] LEZI affected his life.

“I like to talk to the people to imTVSZI XLIMV ORS[PIHKI ² 7LEMOL WEMH Starting at 5 p.m. the trucks start XS TYPP SYX SRI F] SRI YRXMP EPP XLEX´W PIJX MW the Burrito Buggy waiting for its late-night hours. Each day brings a new crowd and a new story. The tradition of food trucks holds true to the heart of Athens and allows for memories that alumni and students alike can reminisce on.

“Would you rather?” A game that leaves many people wondering about XLI [IMVH YRMQEKMREFPI WGIREVMSW PMJI GSYPH XLVS[ EX XLIQ ;I EWOIH WXYHIRXW SR the street what they thought about various topics ranging from social media to ethical dilemmas and pop culture. The same questions were then distributed online to Ohio University students. The responses of 85 students are shown in these graphics. Minimum Wage and Loves it 67.1%

Would you rather get paid $100 per hour and hate every second of it, or get paid minimum wage and love it more than anything? $100 per Hour and Hates it 32.9%

Sophomore Luke Hopkins answered that he would rather make minimum [EKI ERH PSZI MX ±&amp;IGEYWI XLIR MX [SYPHR´X JIIP PMOI KSMRK XS [SVO ² LI WEMH ±-X would make it so much longer if you hated it and were counting down every minute of it.”

Do you care about how many likes you get on Instagram? Yes 11.8%

Junior Hannah Hilgerman said that she checks snap maps often. “I’m kind of a WXEPOIV ² WLI WEMH “I kind of look for everyone.”

Sophomore Christian Bruntion doesn’t usually care about how many likes he gets. “Unless I look sexy in the TMGXYVI 8LIR - better get at least 400 likes.”

Do you check snap maps?

If someone you didn’t know accidentally Venmoed you $100, would you Venmo the person the money back?

From Coast to Coats

like music festivals and parties. This look consists of cut-out FSH]WYMXW ½WLRIXW GVE^] WYRKPEWWIW RISR GSPSVW ERH GPYFbing dresses. One thing these two styles have in common is GSPSV &#39;SPSV MW IZIV][LIVI MR 1MEQM ERH TISTPI HS RSX WL] away from it. Individuals from all over the United States have adopted these trends and incorporated them into their wardrobe.

Los Angeles “The City of Angels” 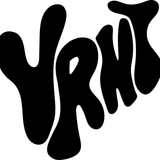